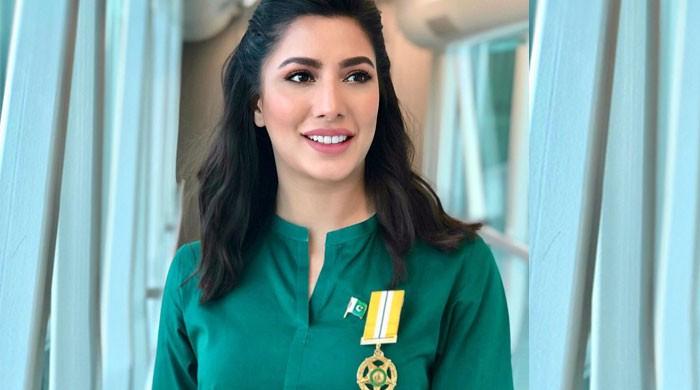 Pakistan actress Mehwish Hayat, who has starred in films such as Punjab Nahi Jaungi and Jawani Phir Nahi Ani,  sat down for an interview with Sky News, aiming to discuss issues related to the mindset shaping that occurs through Bollywood films. She also voiced her belief of inaccurate representation of Muslims that resemble a stereotypical image of what a Muslim is such as predominantly painting them as terrorists.

Actress @MehwishHayat says the way Pakistani people are portrayed in Hollywood and Bollywood has "fuelled the rise of Islamophobia".

She's asking for a "fair" portrayal of her countrymen in films. #Sunrise

She urged that there be a withdrawal from extremist views of Muslims saying that they are not  “backward terrorists or having subjugated women or always being the villian”  in her interview.

On Friday, she also shared an opinion piece she wrote for CNN that detailed the problematic treatment of a Pakistani-American woman by Indian actress Priyanka Chopra, a UNICEF Goodwill Ambassador. In her article, she states “This where Priyanka Chopra and others have made a mistake: by lending their name to racism dressed up as patriotism, they have done us all a disservice.”

I was honoured to be asked to do an opinion piece for CNN. Great opportunity to raise issues close to my heart and also give my take on the @priyankachopra issue and the role we as celebrities have to play.https://t.co/szOTEG34we

Additionally, on Saturday, in an interview with BBC News the actress passionately addressed the responsibilities of celebrities and media influencers. She conferred that there is a need for them to be careful with the comments they make, stating that “we should be the torch bearers of peace.“ She linked Priyanka Chopra’s hyper nationalism to the broader realm of Bollywood that continues to depict Muslims as the villain whereas Pakistani media is welcoming and shows Indian films in their country. She further illustrates her contentment of the fact that “the debate has begun” to discuss these issues.

So blessed to be able to continue to deliver our message on a world stage. Thank you @BBCWorld and @BBCNuala for having me on your prestigious impact programme . I hope my message of peace resonates where it matters . pic.twitter.com/2hMKg9zizF

She has since then made her intentions to build bridges with Indians to resolve this unrepresentative and unfair take on Muslims and Pakistanis as a whole. She says that the way Pakistanis are currently being shown in Indian media is something she does not recognise and states “that’s not what my country is.” The interview echoes the necessity of Pakistanis being heard and urges for attempts to be made by Indian celebrities and media to better understand and opt for peaceful solutions.

The actress has received a lot of praises and positive responses on Twitter since her public voicing on international news channels.

armeena khan and mehwish hayat been making more sense for a couple of days than any indian has ever made their whole life. more power to sane women.

Her acting gave her a spotlight but her National Award gave her the pedestal she needed. It’s not so much about what we achieve but more about what we do with our achievements. The Tamgha-e-Imtiaz has given @MehwishHayat a very strong voice,one we need. She definitely has my vote

When someone's given a platform and they use it for all the right reasons. More power to u 🙏🏻🙌 #MehwishHayat https://t.co/lDi1hsEBNW

In a world of Priyanka Chopras be like Mehwish Hayat. https://t.co/Rnv4XIJ2e9

No annoying fake accent
No reek of Hyper Nationalism
No chapped Lips
Knows what shes talking about
Anti-War
.
.
We Stan The Queen @MehwishHayat 🌹👸 https://t.co/JRzM5xZI7c