Vile Mag on architecture, public spaces and how the general population must ask for better design 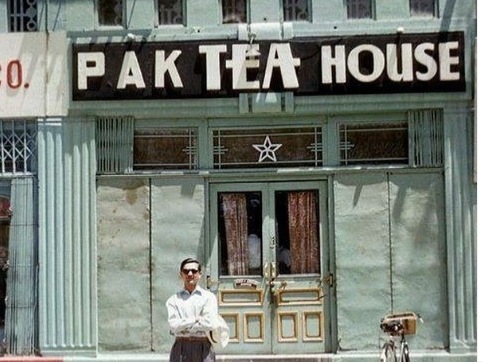 KARACHI: The space one lives in is representative of the multicultural society that it encompasses. Pakistan is a country that is heavily populated with rich history and an even richer culture/heritage. This is where the role of architecture becomes prominent as a determinant of providing a unifying cultural voice to people.

As history dictates, the architecture of this subcontinent has had a very strong identity through Mughal architecture as well as the gorgeous ‘step-well’ architecture of India. Communion and brotherhood all became enlightened through the cultural surrounding spaces that people lived in that made them identify themselves as Mughal or Indian.

We want to use this ideology in identifying how that is to become possible in the modern age of Pakistan; so we reached out to Vile Mag, a digital curated zine that aims to establish a new Pakistani identity through images of South Asian culture and heritage. Vile Mag is a Karachi-based duo run by Minelle Ali, currently studying a masters of Architecture in Perth Australia, and Myla Essa, an interior designer and IVS graduate.

“We believe all architecture has a responsibility to represent the times and we find this value missing from Pakistani architecture and design,” said Minelle.

“Through sharing South Asian and Pakistani culture alongside contemporary/sustainable design values we are envisioning a better future for specifically Pakistani architecture and public space. We believe that not just architects and designers but ultimately the client as well; the general population must ask for better design,” she continued.

Vile Magazine has gotten popular in the art community and hopes to influence designers to redefine spaces within the country. Minelle said, “The images we share represent Pakistani and South Asian heritage, community values and culture as well as design that we feel exemplifies contemporary design values such as functionality and sustainability. Through presenting these two concepts side by side we are creating a vision for ‘context specific’ Architectural design.”

The name Vile is intriguing. Minelle said, “Vile to me just represents a reaction that we get when we talk about what we do in terms of relevance and social ethics in architecture. People just act so uninterested to the point as if it’s something they don’t want to hear even, something vile and not accepting.”