Modi accidentally calls Indian city ‘Karachi’, says Pakistan has been on his mind

People have many thoughts about the 'Freudian slip' 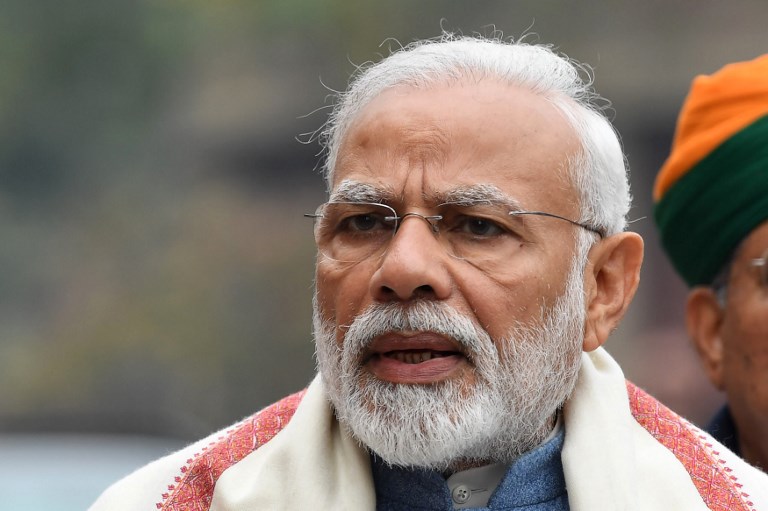 KARACHI: Tensions maybe running high between India and Pakistan but seems like so are the slip of tongues. While addressing a gathering at a hospital inauguration in Jamnagar, India’s Prime Minister Narendra Modi, ended up referring to Kochi, a city in Kerala, as “Karachi”, a city in Pakistan.

Talking about the benefits of Ayushman Bharat health scheme, Modi said it would allow a resident of Jamnagar to avail treatment anywhere in the country, be it ‘Kolkata’ or ‘Karachi,’ according to Hindustan Times. He then quickly realised his mistake and got it right by saying he meant ‘Kochi’ and not Karachi.

“Not Karachi but Kochi. Nowadays my mind is preoccupied with the thoughts of the neighbouring country,” he said, reported Hindustan Times.

He then instantly move towards the topic of the Indian Air Force strike in Pakistan. “But that (airstrike in Pakistan) was also necessary. Should that be done or not?” he said to an applauding crowd, adding he would not hesitate to strike at the root of the “illness of terrorism” afflicting India, according to Indian Express.

How did people respond?

People in India took to Twitter to comment on the ironic nature of PM Modi’s slip of tongue:

PM Modi mixes Karachi up with Kochi… then quickly issues a clarification that these days Pakistan is on his mind all the time! Veiled warning or a Freudian slip? #IndiaPakistan https://t.co/rxZtxsFMIV

@narendramodi confuses Kochi with Karachi. Such is the national imagination of our Prime Minister.
Invoking Karachi in Kerala rally is no joke but to make mass think of war. #NoToWar https://t.co/LFXl1p0mDL

Modi just said Karachi instead of Kochi, and then laugh it out and said its because of current developments, man HE is biggest troll out there #ModiInGujarat

During political rallies his mind is occupied with Pakistan.

But when our soldier's lives are at risk his mind is occupied with #MeraBoothSabseMazboot.#KarachiKochi https://t.co/DvzOMt0YPx