We breakdown what exactly happened and the current situation is 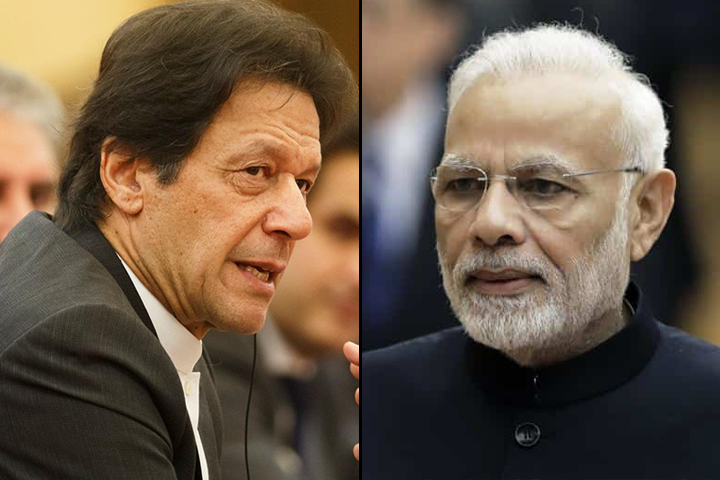 KARACHI:  Pakistan and India are at the brink of war after tensions between the archrivals spiraled over the past few days.

On Tuesday, India breached Pakistan’s airspace claiming to have attacked a militant hideout, causing hundreds of casualties. Pakistan, however, has denied that any damage or casualties were caused.

The military responded on Wednesday, shooting down Indian aircraft and capturing a pilot.

Here, we breakdown what exactly happened and what the current situation is:

How did it start?

Threats of a war have been going on since February 14 when 40 Indian soldiers were killed in a suicide attack in Pulwama, Indian Occupied Kashmir. A suicide bomber crashed into a car packed with 300kg of explosive into a convoy of Central Reserve Police Forces (CRPF), according to media reports. Jaish-e-Muhammad (JeM) claimed responsibility for the attack, and India accused Pakistan of providing a haven for the attack’s preparation.

How did India respond?

Indian Air Force aircraft breached Pakistan’s airspace, and claimed to have destroyed a militant’s hideout in Balakot. According to Indian media, the AIF claimed to have killed about 300 militants in the attack. Journalists, politicians, celebrities sent out congratulatory messages and cheered on the military for the attack.

How did Pakistan respond?

Pakistan, however, denied Indian claims of casualties and destruction.  The ISPR in a press conference detailed how Indian aircraft managed to enter their airspace a couple of minutes. In a press briefing, DG ISPR said, “Today, the prime minister has asked everyone to get ready for every eventuality. We are all ready. Now it is time for India to wait for our response. “The response will come at a point and time of our choosing where our civil military leadership decides, and as a matter of fact, has decided,” according to Dawn.

On Wednesday morning, Pakistan struck back across the Line of Control (LoC). “The sole purpose of this action was to demonstrate our right, will and capability for self defence,” spokesperson of Ministry of Foreign Affairs (MoFA) tweeted, about Wednesday’s response to India.

#Pakistanstrikesback #PAF undertook strikes across LoC from Pakistani airspace. Sole purpose of this action was to demonstrate our right, will and capability for self defence. We do not wish to escalate but are fully prepared if forced into that paradigm#PakistanZindabad

Following this, Director General (DG) of Inter-Services Public Relations (ISPR) also confirmed the action. “We decided to target non-military, non-civilians. We didn’t want any collateral damage either,” he said in a press conference.

In response to PAF strikes this morning, Indian Air Force (IAF) crossed LoC. PAF shot down two Indian aircrafts inside Pakistani airspace. One of the aircraft fell inside AJ&K while other fell inside IOK.”

In response to PAF strikes this morning as released by MoFA, IAF crossed LOC. PAF shot down two Indian aircrafts inside Pakistani airspace. One of the aircraft fell inside AJ&K while other fell inside IOK. One Indian pilot arrested by troops on ground while two in the area.

As per the latest updates, only one Indian pilot is under Pakistan’s custody. In a video being circulated on Twitter, the pilot who’s identifying himself as Wing Commander Abhinandan Varthaman talks about the hospitality being offered to him by the Pakistan Armed Forces.

There is only one pilot under Pakistan Army’s custody. Wing Comd Abhi Nandan is being treated as per norms of military ethics. pic.twitter.com/8IQ5BPhLj2

The Indian media has reported the ‘disappearance’ of Wing Commander Abhinandan Varthaman. Some of them have also reported that he has been captured by Pakistan.

How are Islamabad and New Delhi reacting?

In a press conference on Wednesday, PM Imran Khan said all wars are miscalculated, and no one knows where they lead. “At this time, better sense should prevail. We should sit down and settle our issues through dialogue,” he said.

I ask India; with our weapons capability…on both sides, can we afford a miscalculation? It will neither be in my control nor Modi’s. The hurt that has been caused due to the Pulwama attack, we want to come to the table and talk about terrorism that effects us both.

There have been consistent calls for peace from Pakistan. ‘Even today, our preference is peace,” said Foreign Minister, Shah Mahmood Qureshi, according to Dawn. “We are peaceful; we didn’t escalate, India did.”

Read: Here’s how some people from both side of the border are urging India and Pakistan to #saynotowar
Before the incidents took place, External Affairs Minister Sushma Swaraj had said India is not keen on seeing further escalation of tensions between India and Pakistan at the 16th Russia-India-China (RIC) Foreign Ministerial Meeting, Print.in reported.

Indian Prime Minister Narendra Modi is yet to release an official statement.

What else is happening?

There’s been a call for banning Indian movies in Pakistan for a week now. Information Minister Fawad Chaudhry announced this is affirmative.

Cinema Exhibitors Association has boycotted Indian content, no Indian Movie ll be released in Pakistan. Also have instructed PEMRA to act against Made in India Advertisements. #PakistanTayarHai https://t.co/9BPo6LIsVB