People are calling out Faisal Vawda for flaunting his wealth 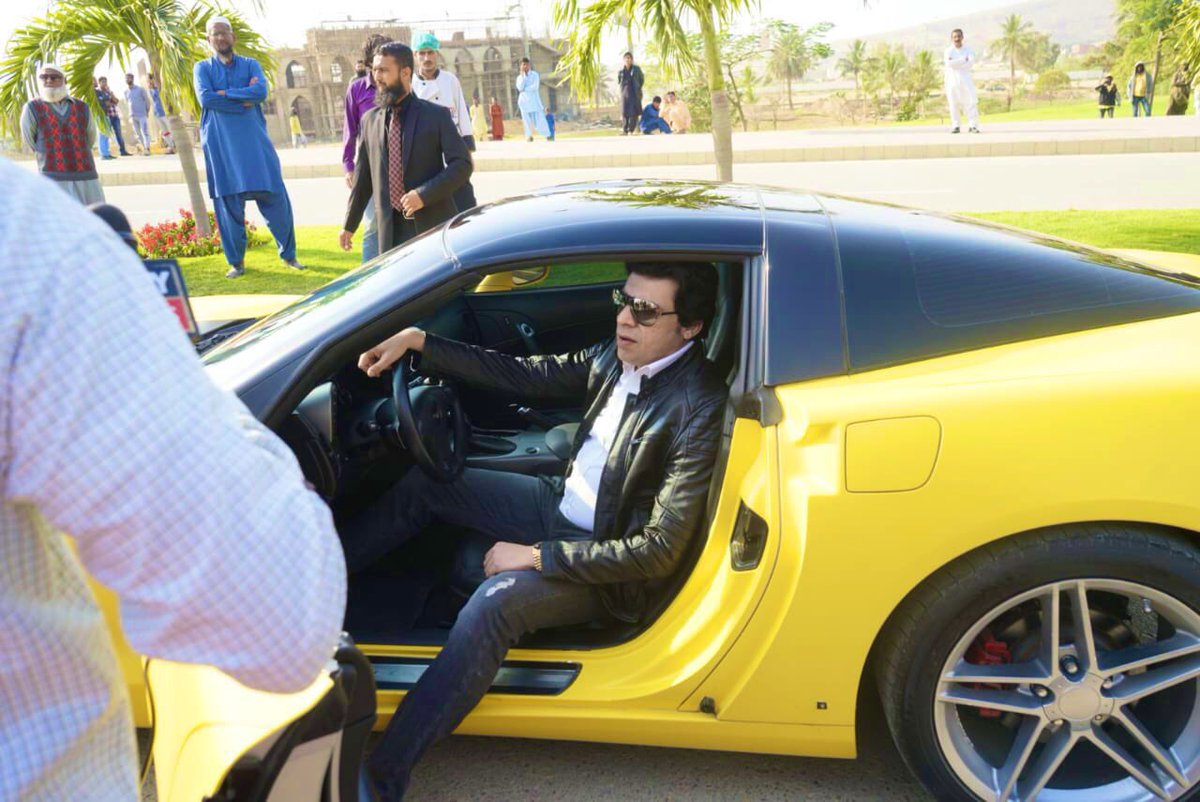 Previously, the PTI MNA made his presence known (read: shown) when the Chinese Consulate in Karachi came under attack. Gun in hand and clad in a bulletproof jacket, Vawda arrived at the scene and when questioned by the media said (they) will fight for the country. This time he is the news in a different situation but by no means posing to be discreet.

As PSL kicks off next month, a sending-off ceremony was hosted for Karachi Kings on Sunday. While a lot of Karachi’s bigwigs made it to the event, Vawda’s pictures began surfacing on social media. Stepping out of a yellow sports car with people surrounding his car, some taking pictures of it, Vawda became the center of attention:

The Most Most Stylish Minister in ⁦@ImranKhanPTI⁩ Whole Cabinet!

These style statements have a separate fan base 😉 #faisalvawda #fanbase pic.twitter.com/1oNbTxrZie

Others mocked him for his entry to a ‘film shoot’

Is faisal vawda some sort of brown guy replacement of Aditya Pancholi?

Also I have genuinely no idea what Vawda’s source of wealth is. Is it the nebulous “import/export” sector?

Most couldn’t believe what they were seeing

Meet #Pakistan's Minister of Water Resources, #FaisalVawda who's making headlines not for his work but because of his yellow sports car.
On one side, #Pakistan is begging for money from #IMF & to its allies, on the other hand, #PTI's minister is blatantly showing up his wealth! pic.twitter.com/uZxzNk5eSJ

Minister Faisal Vawda, on the other hand, had only one thing to say, “Good luck Karachi Kings.”