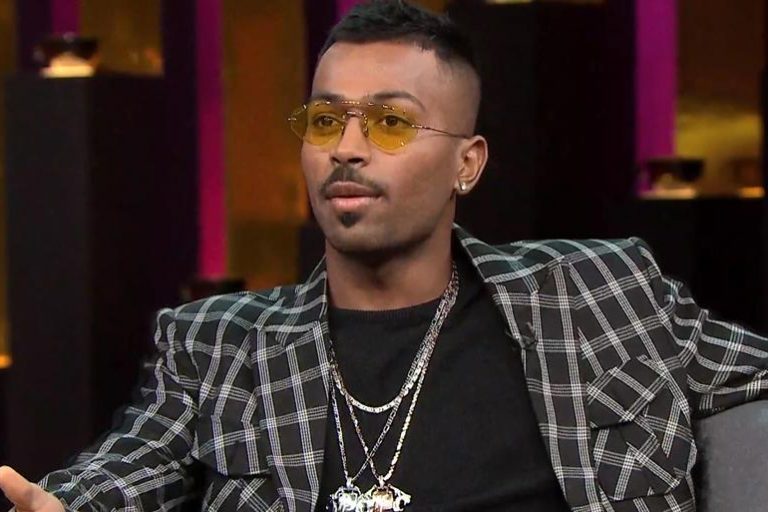 KARACHI: Indian cricketer Hardik Pandya came under fire from the Indian cricket board on Wednesday after he appeared on the popular talk show Koffee with Karan aired January 6. Pandya’s comments during the sit down interview with Karan Johar sparked an outrage with many people criticising him for being misogynistic and racist.

The 25-year-old cricketer was accompanied by fellow player Rahul KL on the show, both of whom received show cause notices by the Board of Control for Cricket (BCCI) in India, demanding an explanation for their comments. Pandya later tweeted an apology, saying he “got carried away with the nature of the show.”

In the interview, Pandya boasted about hooking up with women, saying that his parents were proud of him for that.

“The other day we were at a party and [my parents] asked me tera wala kaun kaun hai (which one here is yours?) And I actually sat with them and said yeh, yeh, yeh (pointing to women). Sab ke saath kuch na kuch karraha hai mere (I have done something or the other with these women here) … and they were like Wah proud of u beta (We are proud of you, Son).”

Read:How I learned the hard way that sexual harassment doesn’t have to be physical

At one point in the interview, he boasted about how his name and sexual innuendos attached to it. “My go-to pick up line is ‘Har-dik. Always’. It’s an icebreaker.”

In another one of his comments, he remarked how he likes “to watch [women] and observe how they move”.

“I’m little from the Black side so I need to see how they move,” he said.

Former BCCI general manager Ratnakar Shetty flayed Pandya as “a disgrace to the cricket community [for] the way he spoke on Koffee with Karan”.

It is time the BCCI decides to take corrective steps for cricketers who talk rubbish on public platforms. Hardik Pandya was a disgrace to the cricket community the way he spoke on Koffeewith Karan show. He has insulted the women and also made a racist remark.

“He has insulted women and also made a racist remark,” Shetty said, urging the BCCI to take “corrective steps” and lay down behaviour guidelines for cricketers.

Read:#InternationalMensDay: A meninist speaks up about the importance of having an entire day dedicated to men

Another Twitter user echoed Shetty’s thoughts, saying, “It might have been fun initially to watch two young sportsmen letting their guards down, but the obnoxious and misogynist attitude of #HardikPandya just was too much to take in.”

It might have been fun initially to watch two young sportsmen letting their guards down, but the obnoxious and misogynist attitude of #HardikPandya just was too much to take in. At one time, cricket was called a gentleman's sport. Where has all the class gone? #KoffeeWithKaran

One Twitter user called Pandya “creepy and gross” for the way he spoke about women.

Someone please tell Hardik Pandya that what he thinks is a 'cool-idgaf-badboy' image comes out as nothing but creepy and gross.

People were also seriously upset with the way Pandya spoke about Black culture.

"I like to watch & observe how women move. I'm little from the Black side so I need to see how they move," #HardikPandya

Dude, first of all that's racist cuz you just threw a shade at my Black brothers & sisters.

Second of all, you are a maha tharki#KoffeeWithKaran

Hardik Pandya is an obnoxious, sexist asshole, who’s attracted to “black” culture and looks at the opposite sex as one big scoring ground. How does it matter if he picked Sachin over Virat! There are bigger worries, like how the idiot spanks his teammates in the locker room! 🤦🏼‍♂️

Some users pointed out how this behaviour is normalised via pop culture while other blamed weak parenting for it.

Watching Koffee with Karan (or however you spell it) with Hardik Pandya and KL Rahul and the toxic masculinity and racism egged on by Karan Johar’s giggles are the reason why Indian men are encouraged to unapologetically misogynistic. Unfortunate!

Just saw Hardik Pandya on Koffee with Karan. Called my parents to thank them for sending me to school.#KoffeeWithKaran #KoffeeWithCricketers #HardikPandya #KaranJohar

According to a report in The Indian Express, the BCCI is considering barring cricketers from appearing on shows that have “nothing to do with cricket”.