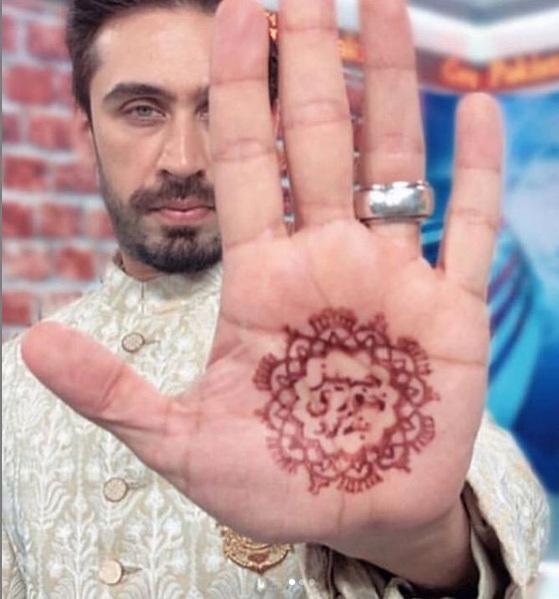 KARACHI: Weddings, especially in the Pakistani context, are synonymous with financial drainage due to social pressure. Even though the purchasing power of common people is deprecating day by day, the cultural practice of demanding jahez or dowry and/or accepting it from the bride’s family remains intact. And it doesn’t matter to what income class the family belongs.

In an attempt to root out this social evil, United Nations (UN) Women Pakistan has collaborated with Pakistani film and television actor Ali Rehman Khan and launched a campaign to address those who indulge in the practice of accepting dowry.

The group also coined a new Urdu term for it, calling Jahezkhori – a play on existing terms like Rishwatkhor used for people who accept bribes.

#StopJahezkhori Do you know how we coined this term? Just like we use the names for practices such as ‘Rishwat Khori’ ‘Muft Khori’, we are introducing Jahezkhori for those who ask for dowry or show entitlement to the gifts received by a bride. There is a need to call for an end to this practice as it also leads to violence against women and girls. The most common forms of dowry-related violence are emotional abuse, domestic violence, acid throwing, stove-burning, and other forms of violence.

In collaboration with the human rights watchdog, the Parchi actor pulled off a stunt on his social media account, announcing that he was engaged to be married. However, he did not reveal who his bride-to-be was. In his post, he asked fans to tune into Geo News on December 20 at 10 am where he would reveal more details. On the show, the viewers saw that his bride was not a woman but household items like a television and or a microwave, things that parents often to give their daughters as part of dowry.

Khan said that men should be held responsible for refusing to accept dowry. “Men, as grooms, should feel dishonoured if somebody asks them to demand dowry or accept it. They should treat it as a matter of honour,” the actor added.

More celebs joined Khan soon after, donning the henna tattoo on their palms and pledging to denounce the practice of dowry.

I publicly pledge to never ask for dowry, and reduce a sacred union to some.. transaction. It's time our society and our mentality changes. The social burden, the violence, the deaths will end only when jahezkhor becomes a gaali. As it should. Join me. Make the pledge. #StopJahezkhori #UNWomenPakistan

The woman you are about to marry is not a blank cheque. Let’s be the generation that will put an end to this curse of dowry that’s prevalent in our society. Real men don’t take dowry! #StopJahezKhori #UNWomenPakistan

Henna is traditionally associated with women, especially in the urban desi culture in Pakistan where it is not a norm for a heteronormative man to wear henna. Many levels of irony are packed in the henna tattoo that reads text about denouncing dowry.

Wanting to kill the practice, celebrities are appealing to the Pakistani youth to unite against the scourge of dowry. Newly-married millennial couple and much-loved household names Muneeb Butt and Aiman Khan also took to their social media supporting the cause, garnering support of at least 136,000 people.

Where is a man’s self respect when he’s demanding money and household items from his wife to be and her family? #StopJahezkhori #UNWomenPakistan

Others followed suit, saying a truly independent man would not stoop to the low level of exploiting a woman’s financial health. “Get your car yourself. Don’t ask your wife to get it for you,” said Ahmad Ali Butt, another popular actor and producer.

Get your own car! Don’t ask your wife to get it for you! #StopJahezkhori #unwomenpakistan #growup #educateyourself #pakistan

Since Pakistani dramas cater to a large audience across the country, the support of actors and entertainment personalities denouncing this toxic practice could act as a catalyst to root out the evil.

Real men don’t demand dowry, they can take care of themselves! Time to put a stop to this evil #StopJahezkhori #UNWomenPakistan

Aside from celebrities, prominent political figures have also joined the campaign. Dr Qibla Ayaz, Chairman Council of Islamic Ideology, also shared comments on the concept of dowry in the light of Islamic teachings.

Dowry has become an essential part of marriages. It is a social evil that affects every socio-economic group.

Dr. Qibla Ayaz, Chairman, Council of Islamic Ideology, comments on the concept of dowry in the light of Islamic teachings.@JKaziunwomen @aisha_mukhtar @pid_gov pic.twitter.com/B3QIDullG3

Sindh Commission on the Status of Women’s Chairperson Nuzhat Shirin also reached out with the message.

Chairperson, Sindh Commission on the Status of Women Ms. Nuzhat Shirin is proud to say, #StopJahezKhori! The Commission stands firms against dowry and the violence it causes against women in Sindh.

Despite the federal law of Dowry and Bridal Gifts (Restriction) Act 1976, the practice is rampant in the country.