A list of things that are just as harmful, if not more, as cigarettes and a coke 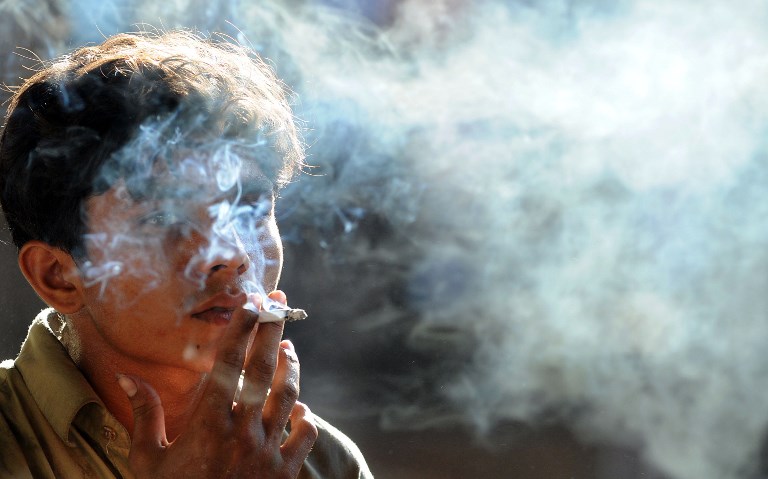 A man smokes a cigarette in Lahore. PHOTO: AFP

KARACHI: The government announced on Tuesday that it will soon impose ‘sin tax’ or ‘gunnah tax’ on tobacco and sugary beverages.

A ‘sin tax’ can be imposed on products and services that are deemed undesirable for one’s health or for society at large.

“Various routes will be used to increase the health budget and one of them is imposing a sin tax on tobacco products and sugary beverages. That sum will be diverted to the health budget,” Minister for National Health Services (NHS) Aamer Mehmood Kiani said at a public health conference, according to Dawn.

We came up with a list of things that deserve a sin tax for being just as harmful,, if not more, as cigarettes and a coke

There should be a sin tax on weddings that exceed three events. It is not okay for a person to worry about and then spend money on 10 joras. This is a health concern.

I mean it’s pretty obvious why this is a gunnah. In fact, fairness creams should be illegal. Stop selling whiteness to young girls, in particular. Its time we embrace our brownness. You will land that job and get that boy, and if you don’t because you’re not fair and lovely enough, you’re better off without them.

Ladies, you know what I mean. Gents, let me explain. More often than not, women and girls are stared at relentlessly by men in public spaces. Nothing is as uncomfortable, humiliating and infuriating as when it happens in a lift owing to close proximity and the fact that you cannot escape for a couple of seconds, which feels like an eternity. Men should be taxed if they want to use the lift. Don’t @ me.

4. Anyone who listens to Ali Zafar’s music

Go ahead and choose to support artists who have been accused of sexual harassment, but you should pay a tax. At least.

Not to be biased but Lahore cannot do biryani. Nihari, yes. Leave the biryani to the experts *cough* Karachi *cough*. Thank you. Sorry not sorry.