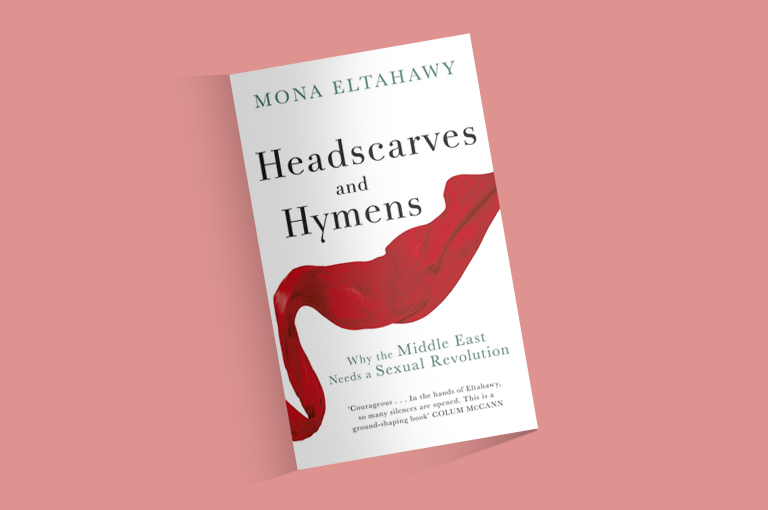 KARACHI: “Name me an Arab country, and I’ll recite a litany of abuses against women occurring in that country,” writes Mona Eltahawy in her book Headscarves and Hymens: Why the Middle East Needs a Sexual Revolution.

The book is an expansion of a controversial essay the Egyptian-American journalist wrote for Forbes, titled ‘Why Do They Hate Us’. By ‘they’ she meant Muslim men and by ‘us’ she meant women.

Although her book specifically focuses on Arab countries, it’s just as relevant to Pakistan as well as other parts of the world.

Born and raised in Islamic countries where women are controlled, their bodies manned and their rights compressed, Eltahawy narrates the story of collective female conscience.

She looks at different ways Arab countries restrict and control women. Issues like the veil, female genital mutilation (FGM), sexual harassment, virginity and marriage are discussed through the stories of a number of women who bear the burden of belonging to ‘the second sex’.

From Egypt and Tunisia to Saudi Arabia and Libya, she covers painful stories of women whose lives turned into tragedies on the pretext of religious rulings or because of the man-created myth of female impurity.

“When more than 90 percent of women who have ever married in Egypt have had their genitals cut in the name of ‘purity’, then surely we must all blaspheme. When Egyptian women are subjected to humiliating ‘virginity tests’ merely for speaking out, it’s no time for silence. When an article in the Egyptian criminal code says that if a woman has been beaten by her husband ‘with good intentions’ no punitive damages can be obtained, then to hell with political correctness. And what, pray tell, are ‘good intentions’?” she writes.

She writes about how when women tried to join the Arab spring in Egypt and Tunisia, they were harassed by the very men they stood with shoulder-to-shoulder with. After being part of history on the streets on their city, they returned home to the real dictators: the men in their lives.

Eltahawy focuses less on philosophy more on facts, events and data. Her book documents the recent history of abuses against women in Arab countries. A discussion here or an incident documented there does not yield the thought process required for changing a mindset. Eltahawy aims to change that with her book, and to plants the seeds for a sexual revolution.