Because it's football, which hasn't as widely loved in Pakistan as cricket. But they need all the support they can get 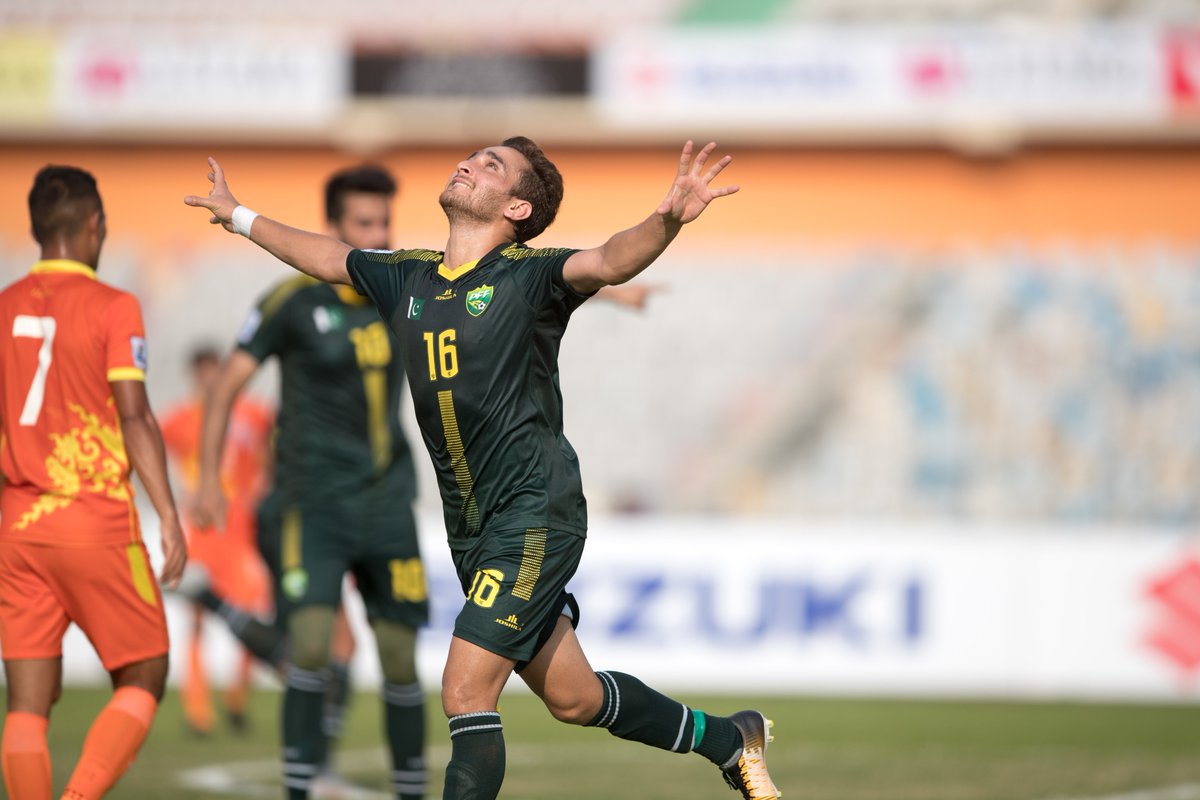 KARACHI: After being isolated for three years from international football, Pakistan men’s football team has finally reached the SAFF Suzuki Cup 2018 semifinal, only to meet their eternal rivals India, who have won the tournament a record seven times.

Pakistan has crossed the group stage of a tournament after a 13-year drought, even when the current team was criticised for not having the same quality as the 2013 team. But they managed to persevere.

A dramatic day of football brings #SAFFSuzukiCup18's Group A matches to an end. Nepal 🇳🇵 and Pakistan 🇵🇰 move ahead to the semi-final with hosts Bangladesh 🇧🇩 crashing out on goal difference.#SAFFSuzukiCup pic.twitter.com/U6N2P5Ow0J

Pakistan was part of Group A, and started off the tournament with a nail-biting 2-1 win against Nepal and then a 1-0 loss against Bangladesh. However, with the new coach José Antonio Goldberger Gomes Nogueira from Brazil and experience players like captain Saddam Hussain, Mehmood Khan and Abdullah Nasir Qazi, the team showed great composure to win the match 3-0 against Bhutan, helping them to qualify for the semi’s.

The quality of the team had to be admired in the third match against Bhutan, where they knew that to qualify for the semi’s they needed a three-goal cushion, and a three goal cushion they got, after two outstanding finishes by winger Muhammad Riaz and a sublime finish by Hassan Bashir. You also have to admire the exquisite assist for the second goal from Mohammad Ali from the right-flank, almost resembling Beckham’s precise passes.

Highlights of Pakistan's crucial 3-0 win over Bhutan. First half goals from Muhammad Riaz and Hassan Bashir, and a late finish by substitute Faheem with two superb assists from Muhammad Ali. The Men in Green get the important three points and goal difference to match Nepal and Bangladesh, and stake a strong claim for semi-final spot. Our first semi-final spot in SAFF since 2005!! And all this for a team 3 years in wilderness due to PFF political disputes and very basic preparations.Video via SAFF

“This victory is for all the people in the PFF and in Pakistan,” said the Brazilian coach after the 3-0 victory agaisnt Bhutan.

Pakistan play India in the semi’s today (Wednesday) at 6:30 PM PST. It’s a clash between a new age of players but the combined experience of Saddam Hussain, Muhammad Riaz, Muhammad Ali is crucial in reaching the finals. The tactics, fatigue of the players and just the sheer will of the players to win, is what the 201st ranked squad in the world will have to put on the plate to win against the 94th ranked India.

We’re rooting for the guys, are you?