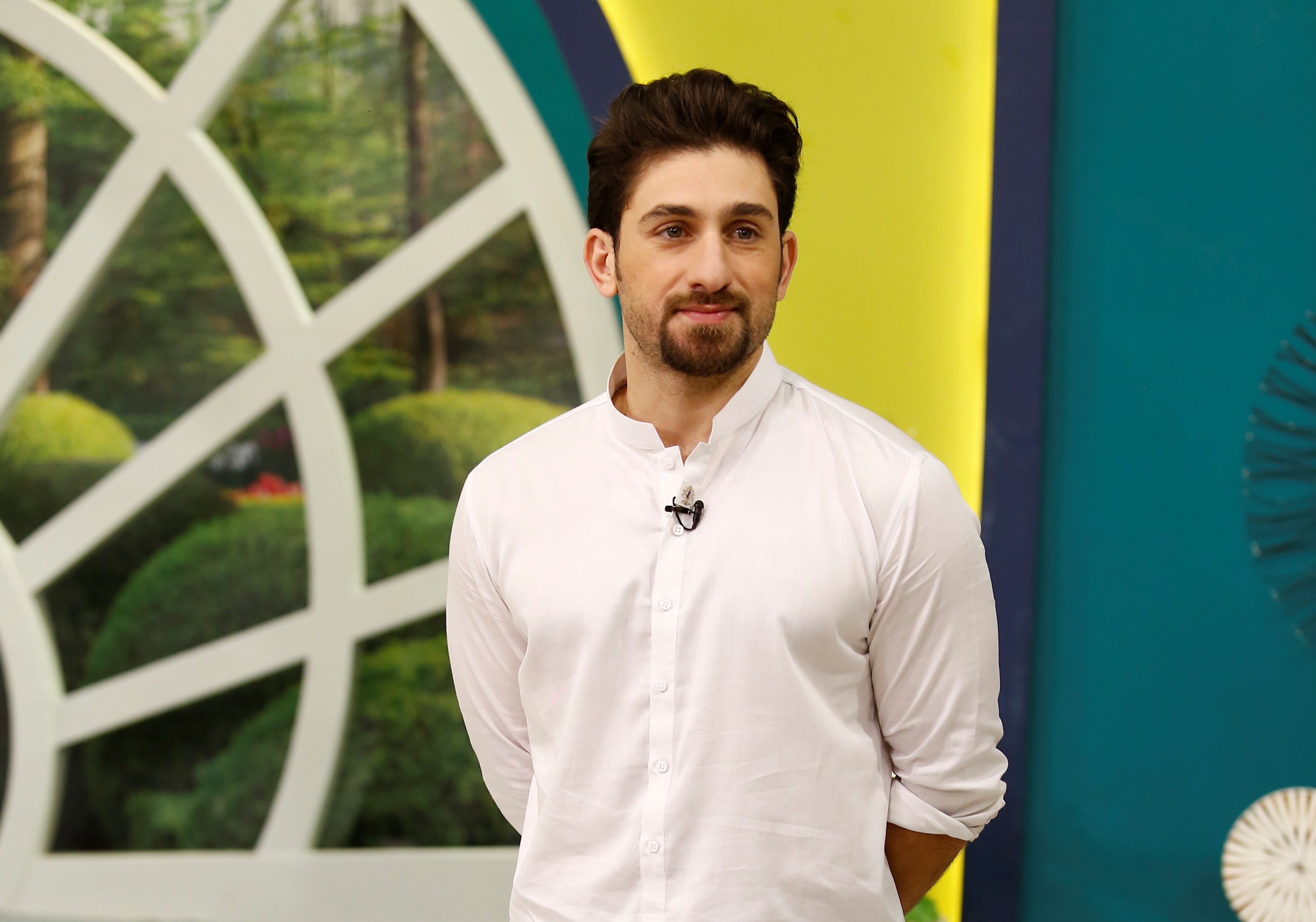 KARACHI: Soaring high with the success of his latest film Parwaz Hai Junoon (PHJ), Shaz Khan barely has moments to spare in between his hectic schedule. Yet, one finds him peacefully seated, right on time, awaiting the long day of interviews before him. This sense of calm remains with Shaz throughout our conversation, even when some difficult questions are thrown towards him. He doesn’t take time to answer, which shows that his responses are unrehearsed, and all the more authentic.

Which is why we believe him when he reveals the real reason for accepting a film like PHJ. “I was told I’ll be playing an F-16 pilot’s character, and I’ll be flying planes in the film. And usually I’m all about the story, but when I heard that, I was in,” he laughs at his own honesty. He also addresses the concerns that everyone had initially: Will PHJ be a desi version of Top Gun, the ultimate Air Force film, starring Tom Cruise? “This was a concern for me initially but I think PHJ has its own identity,” he assuages.

Parwaaz Hai Junoon stories: Right before filming trained in the skies to get over that naggin fear of heights. Got to dog fight that guy behind me, a 70 year old man farmer who absolutely annihilated me. I took my revenge by blocking him in the group photo on the ground. #parwaazhaijunoon #goseeit #eid #pakistan #humfilms #airforce #cinema #ShazKhan #squadronleader #nadir #foreignfilm #movies

Many look at army/air force films with some suspicion and claim that they end up looking like propaganda films, which are almost romanticising war culture. Even in PHJ, there is a sense of glorification of war and death.

“I always go in to a role with an open mind, not judging the character or his motivations. The truth is that many of the pilots in real life are living by this; they do have these motivations so it’s my responsibility to put aside my personal thoughts and completely do justice to the character. And you learn a lot in the process because you realise that your understanding of the human psyche shouldn’t be so rigid. You then approach these characters with open arms and say, okay let me learn what it is that drives you and then you really start connecting on a human level.”

But what if he is asked to play a character that he doesn’t morally agree with ?

“The best example I can give of that is when I played Joseph Stalin in drama school. I read his whole biography and I mean, this is one of the most malicious people to have ever lived, he executed what, 30 million people? As an actor, your entire responsibility is to not judge that person. It’s not as ‘right’ and ‘wrong’ as we think it is. I mean Stalin was a painter and a poet, he used to sing songs to his daughter, he used to water his garden. This is not the behavior one would expect from a mass murderer. There’s more to everyone than meets the eye,” he responds.

Human nature is such that people aren’t black and white and one can understand that in the world of film. But what about in real life? When one is approaching a character, it’s easier to not judge it but doesn’t it become difficult to do that in real life?

“You get better at it as you get older,” he answers. As a writer, I am constantly exploring this phenomenon of human nature. It’s where I get to explore my point of view. It’s a pleasure to then go and do something that I don’t necessarily agree with, and that’s fine.”

One could argue that the call-out culture of naming and shaming people over the internet for their mistakes doesn’t leave room for this argument. Nowadays, people are quick to call for bans, boycotts and dismissals and if anyone makes a mistake, like an inappropriate comment or a sexist joke, or something like plagiarism accusations that film-maker Jami is trying to refute, suddenly people start calling for a boycott of that person and they’re being painted as villains for the rest of eternity.

“Honestly, when someone asks me about so and so sexual harassment case, or for instance, the fact that Jami allegedly plagiarised a film, my answer is, ‘how do I know?’ I wasn’t there. How do we know, how are we judging this? How can I make a comment on this without knowing anything about it? All these things, if they’re personally affecting me then of course I would be more involved, and maybe this sounds like a very detached statement and it sounds like I have no empathy for people. It’s not about that. I choose to not get involved because I have no idea. And I don’t want to perpetuate things by talking about it online, putting more fuel to the fire. I believe I have more things I need to put my energy into that are more important to me.”

People need to simply get on with their lives instead of offering opinions regarding topics they know nothing about, claims Shaz, as he reaches for a third serving of the hor d’oeuvres served in front of him. Perhaps there is method to his madness.