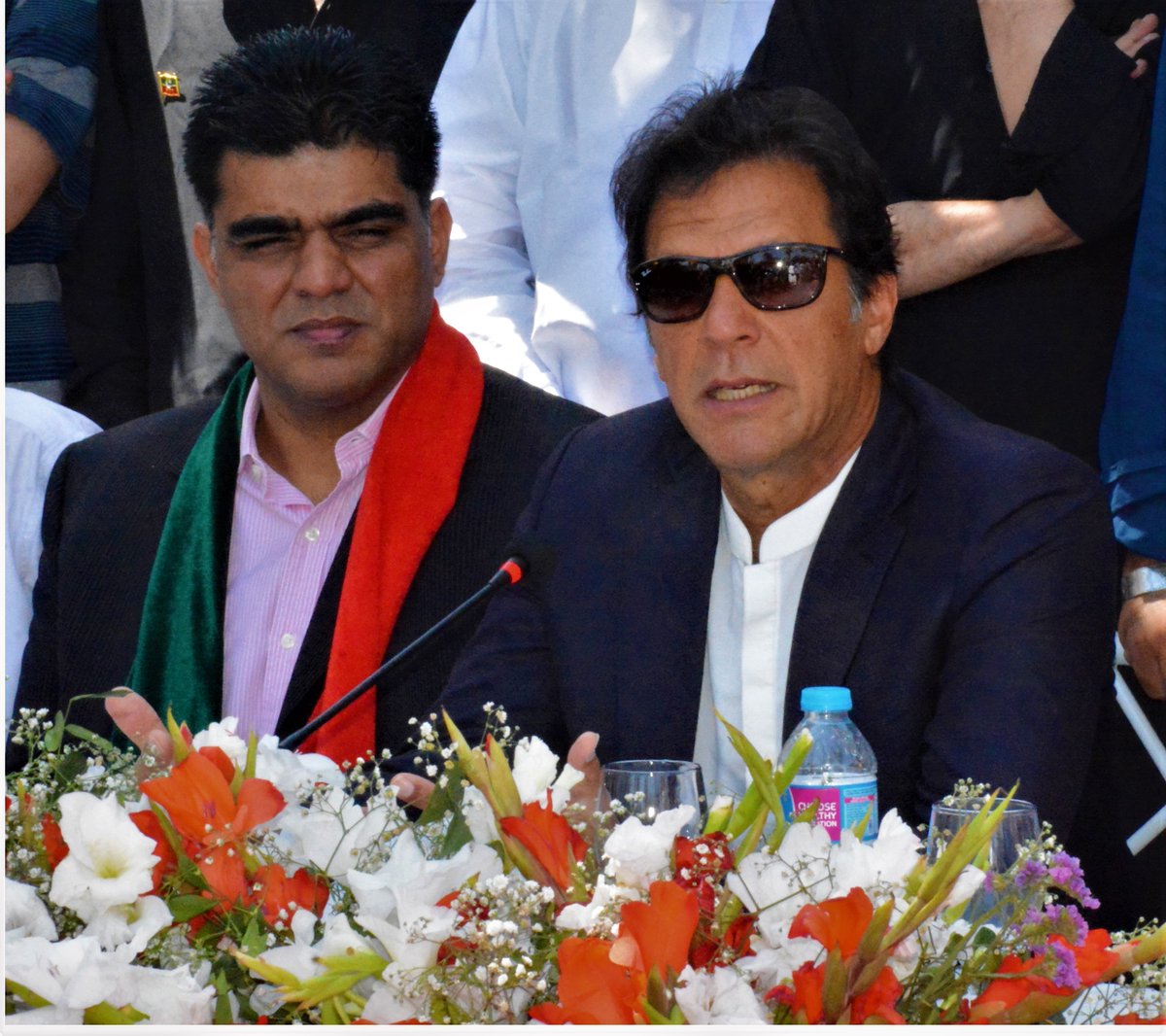 KARACHI: Just a few days after Pakistan Tehreek-e-Insaf (PTI) MPA Imran Ali Shah got into a controversy for physically attacking a citizen on the streets, he jumped into another one in his most recent video appearance.

The video, which has also gone viral, shows a man following Shah and asking questions about the aforementioned incident. Within moments, the person accompanying Imran snatches away the questioner’s cell phone and the screen goes black. Afterwards, the person can be heard saying: “please leave my phone.”

Seems like Shah is attracting controversies despite his party’s show-cause notice condemning his violent behaviour.

PTI condemns violence regardless of the situation.

Show Cause notice issued to @dr_imranshah over the unfortunate incident today.

Earlier, there was some confusion on whether Shah’s basic party membership had been cancelled or not but PTI clarified later on that the inquiry against him was still going on and the final decision will be released after a month.

Dawood Chauhan, the citizen who was beaten up by the PTI leader, said to media that he did not want to let the issue linger on any further “because he couldn’t afford to fight an influential, powerful person”.

But who is Shah and where has he come from?

Shah is the son of Dr Muhammad Ali Shah, the famous orthopedic surgeon who founded A. O Clinic in Karachi. His father owned a cricket coaching centre where legions of young men were trained to prove their mettle in sports. Apparently, Muhammad Ali also directed a fair amount of his hospital’s revenues to the coaching centre named Asghar Ali Shah Cricket Stadium in North Nazimabad, Karachi. After his death in 2013, the renowned hospital in his name came under the supervision of his two sons.

Surprisingly, Muhammad Ali always supported Muttahida Qaumi Movement (MQM) and was a party member as well. He also contested elections in 2008 from the MQM platform and won a provincial seat. Later on, he served as Sindh’s sports minister.

Much like his father, Shah has also earned fame and respect as a surgeon. He and his younger brother, Junaid Ali Shah, have carried forward the legacy of their father and maintained the standard of A. O Clinic as the most reliable hospital for orthopedic cases.

In April this year, Shah announced joining PTI which surprised many who had always seen his father standing with MQM.

The time is here, the time is right. Fellow Pakistanis make the right decision. The only and last hope for Pakistan is #ImranKhan. pic.twitter.com/I5L7ZyPmgX