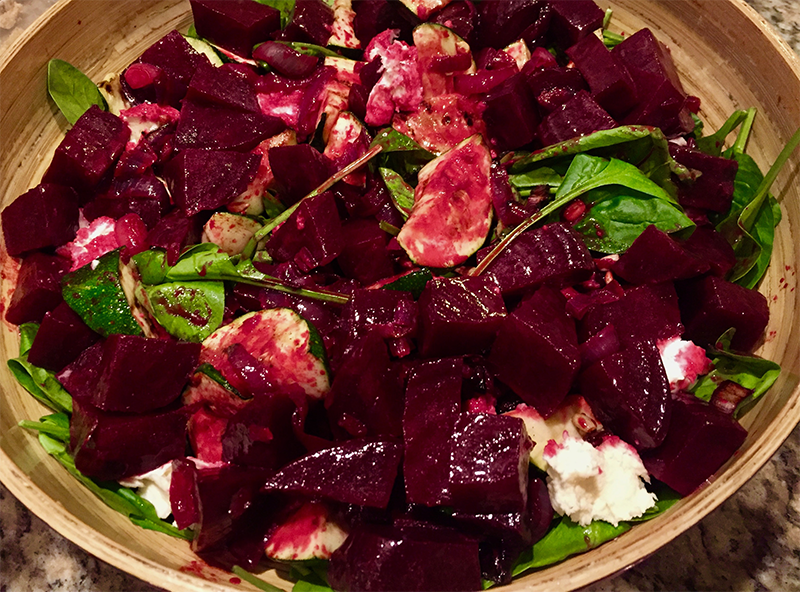 It would be hard to express when, or even how the animosity between the twins grew. The parents were ever loving and supportive. Constantly trying to bring the two together as babies and toddlers, demonstrating how they should love each other. Once Sasha was born, the attention had to shift and they were shown how to love the newest addition to the family.

They both took to the new baby more than they ever did to each other. It was hard to understand, but the parents were grateful that they didn’t have to worry about the condition of the youngest.  They held her, helped bathe and feed her and ultimately, fought over her affection. Thundering screams declaring who Sasha loved the most started to fill the household. The parents only saw it as minor jealousy, they couldn’t fathom the idea of actual hatred between the two.

The attention was ever more sidelined once Sam came in the picture. Most of what the twins did to each other at this point had gone unnoticed. With four kids under the age of five, their mother was spent. Fully focused on her career even while she had the twins, she had to start working part time once Sasha came around. The surprise pregnancy with Sam threw her off course and she had to take a career break.  She, of course, loved her children dearly, but she felt mentally extinguished.

She was bright, successful and the firm wanted her back. After six months of discussion and going back and forth, it had been decided.  She would go back to work, and their father would stay at home. It was a natural fit. He was effervescent in this role, albeit a little careless. Sam’s hospital incident happened under his watch, just a few days after their mother started working again. Their mother was livid at him, as well as herself. She began to regret her choice, but the idea of therapy suggested by their school teacher seemed like a good idea.

The girls were hostile in regards to this idea, which they showed in their initial meetings. It became clear to them they would never get out of this unless they worked together. It was the first time they conspired with each other, instead of against. Their therapist was on to them at first, sensing their fake behavior. It was evident. Going from 0 to 100 in one session was hardly plausible, even under the best therapist.

Just like their mother, they had always been bright for their age. They understood it would be a process before they were freed from these forced sessions. As each week went by, they agreed to work together on simple tasks given to them, compliment each other and willingly hug while expressing emotions. They even pretended at school to avoid the teacher ratting them out. Home was more of a challenge, as there was constant vigilance for the first 6 months. First from their father from morning till evening, and then their mother as soon as she got home. The other children kept silent throughout this time. They didn’t miss the attention as they had also hoped for good results. It seemed like an idyllic time, going for ice cream without fear of disruption, no notes from the teacher asking for the parents to come in; the parents even had time to reconnect through this shared joy.

Slowly, as they were confident the therapy was working, their parents became less engrossed in following their every move. They would continue the charade in their weekly sessions, and in front of others, but in private, warfare started to build again. It started small. Sybil had taken some cooked beetroot from the fridge and smothered Sydney’s Barbie dolls in them, staining them beyond recognition. Sybil knew Sydney wouldn’t say anything as therapy went from once a week to twice a month. This knowledge also egged Sydney on as she silently planned her next move.

This pattern continued for the rest of their childhood and early teen years. Their behavior would slowly return to nasty until one big blow up would lead them straight back to therapy. They went to so many behaviorists and therapists that they knew the drill.  Play nice, say what they want and wait until they were off the hook.

The older they got, the more preoccupied their parents became with work.  After five years of being a stay at home dad, their father published his first book which became an instant success.  Based loosely on his children, he wrote a series of young adult books that caught on due to his brilliant use of magical realism and familial relations.  Their mother was ever more successful at the law firm, finding brief snippets of time to shower her kids with affection. This allowed the girls free reign at home.

Though as time passed, they got tired of each others antics and grew steadily into their own interests. Sybil used her great confidence towards acting in the school and community theatre. Sydney, more quiet and introverted, focused on studies and found peace in the kitchen. While they were lucky to now have a housekeeper at home, Sydney found great joy in making dinner at home every night.

The only time they fully interacted in high school was to discuss which colleges they would each apply to, in order to avoid any overlap. With the house in order, no one continued to question why the twins despised each other, only accepting it as the natural state of their relationship. They had their own friends, their own routine and their personal relationships within the family itself.   It was time for college, they packed up their things and barely even said goodbye to each other.

4 cups of baby spinach (or greens of your choice)

1. Preheat the oven to 200 degrees Celsius.  Scrub the beetroots to get rid of any dirt, then coat with olive oil and salt. Wrap each beetroot individually in aluminum and place in the oven for 50 minutes to 1 hour.  Once done, they should be tender enough to stick a knife through easily. Unwrap them, and set them aside to cool.

2. Taking a grill pan, heat this up on the stove with oil. Slice the zucchini into medium sized cubes/rounds/triangles and sprinkle with salt.  Grill for a few minutes on each side.  They’ll get soft and have the nice charred lines on them.

3. Once that is done, the beetroot will be cool enough to peel.  The skin will either rub off on its own or just take a peeler and remove easily.  Then cut into cubes.

4. Make the marinade for the beetroot, which is combining the olive oil, pomegranate molasses, mustard, lemon and salt.  Mix in with beetroot and let sit until it is time to make the salad. 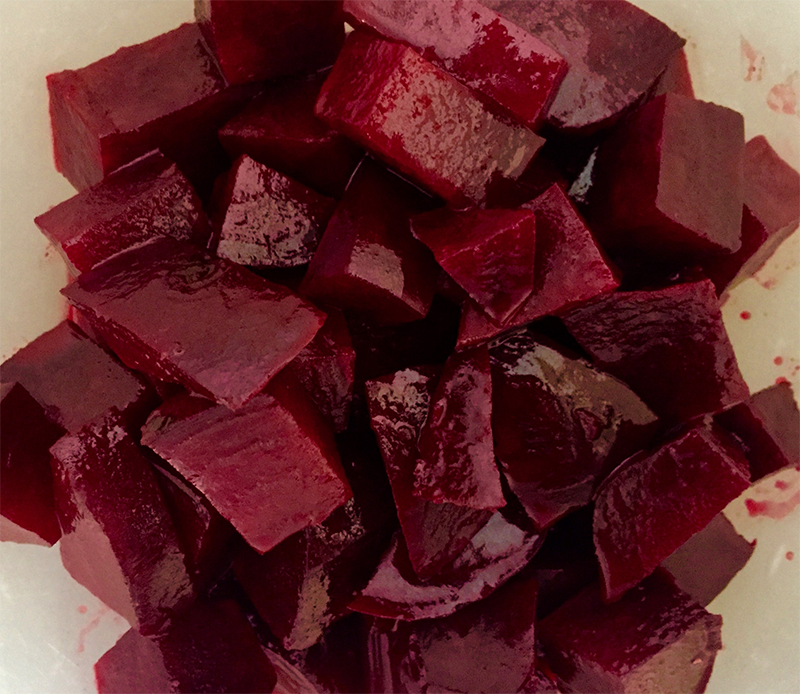 5. When it’s time to make the salad, get a big bowl and put the spinach, zucchini, beetroot, sunflower seeds and tear the mozzarella into pieces and mix together.  It’s best to do this right before serving so the beetroot marinade doesn’t make the spinach leaves soggy.

*If you want, after putting the spinach and before putting the other ingredients, give a little sprinkle of olive oil and salt if you prefer your salad with more dressing.

*You can prepare the beetroot and zucchini earlier in the day, or even the day before to save time in preparation.

This week’s story and recipe are the second of a 5-part series. The third part will follow next week. You can read the previous entry here