After all, Eid is meant to be celebrated with everyone 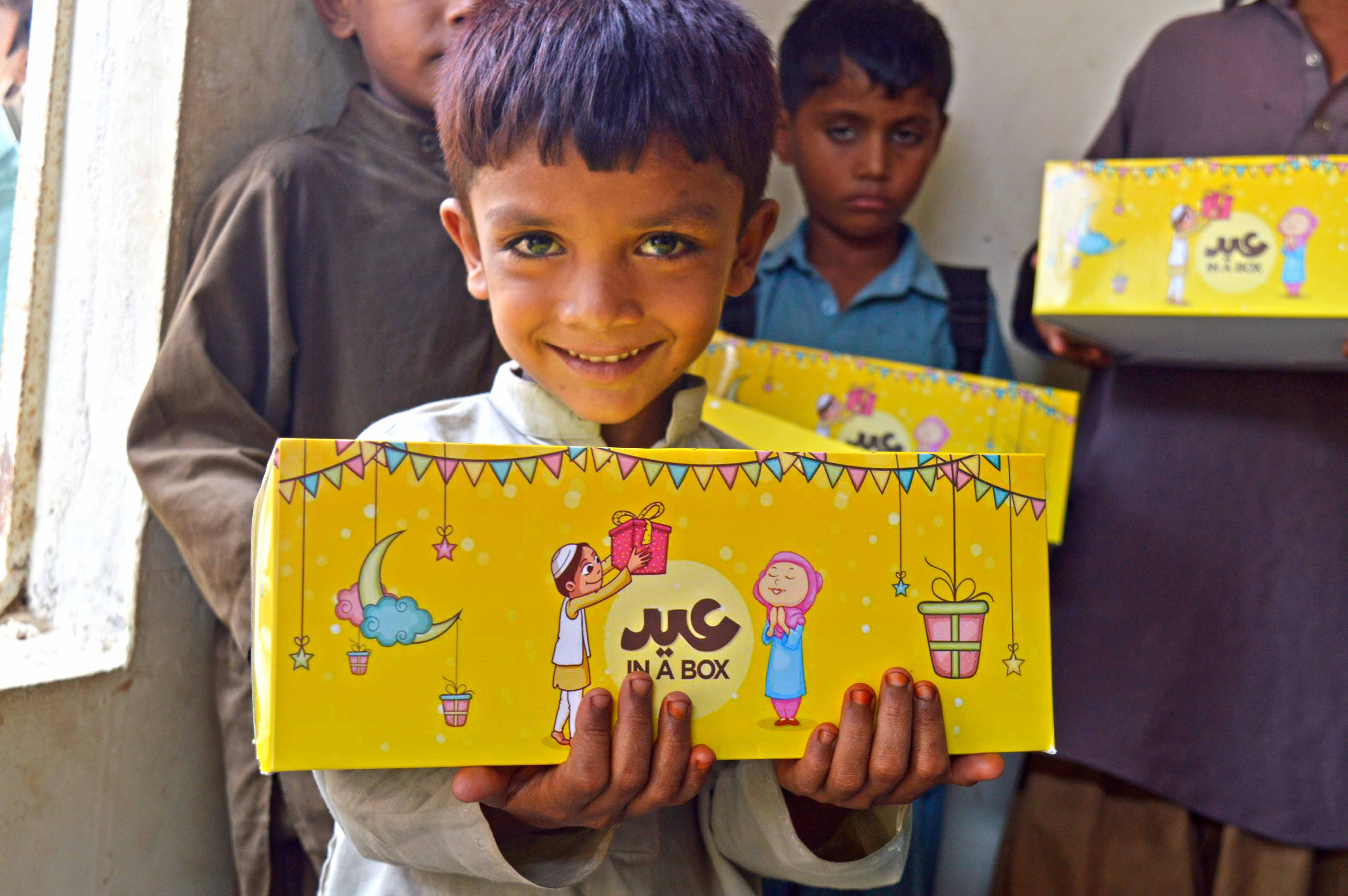 KARACHI: An organisation called Eid in a Box is slowly and gradually growing with the passing of every year. What started off as a modest attempt by Aliya Jawed, founder of Eid in a Box, to provide happiness has now blossomed into a large scale operation. “Last year, we were able to distribute our Eid gift boxes to 300 children but thanks to everyone’s donations, the number reached a 1,000 this year,” she shared with Cutacut.

But what exactly are these boxes and who are they being distributed to?

Jawed, a montessori teacher now living in Oman, grew up in a home where Eid was always celebrated to the fullest. “Eid was always a big deal in our home. My mom and dadi would take care of the maids and their families. They would take them shopping and buy new clothes for them. As I grew up, I wished to take this to a broader level and decided to find underprivileged children who also deserve to be excited about Eid,” she explained.

Initially, the idea was to rely on people to share details of deserving children. “We wanted people to tell us if they knew anyone who would want an Eid box but that didn’t work because we didn’t get too many responses.”

Eventually, Jawed sought the help of Idara-Al-Khair,a welfare organisation that aims to provide education to underpriviliged children. She was then directed to Jam Chakro, a village which is an hour’s drive from Karachi. This is an area where Idara-Al-Khair was already working so they were familiar with the children there. “They took care of the distribution of the boxes last year and did it this year as well.”

The boxes are produced with the help of donations and include clothes, which are made specifically for each child based on their age and gender. “We get the details from IAK, including their names. Each box is prepared with the child’s name on the top,” she added while also revealing that the box contains bangles, snacks and an envelope containing eidi as well.

“Distribution was no easy task this time,” Jawed noted. “The first task was to take the boxes there. Last time it was manageable since we only had 300 boxes. This year, transportation of the boxes was a huge challenge for us. All of this was mainly taken care of by Idara-Al-Khair and they dealt with the challenges very well. Basically, we first labeled the boxes with the children’s name and classes on it, the team then sorted the boxes; it took them two whole days to do this. The boxes were then taken to the school, where they study, and distributed to all the children who were present that day.” Jawed explained that the remaining children received their boxes the next day.

What Jawed is doing is comforting for the children at Jam Chakro but it’s also a healthy and wholesome activity for her family members who are all involved in the process. “The atmosphere at home is really lively during the assembling of these boxes. My 4-year-old niece loves to play hide and seek between the massive rows of piled up boxes. She also helps us in packing.” According to Jawed, the whole family helps her in making all this possible. For instance, her mother helps with finding and arranging clothes for the children. Everyone’s involved. “After all, Eid is meant to be celebrated with everyone.”