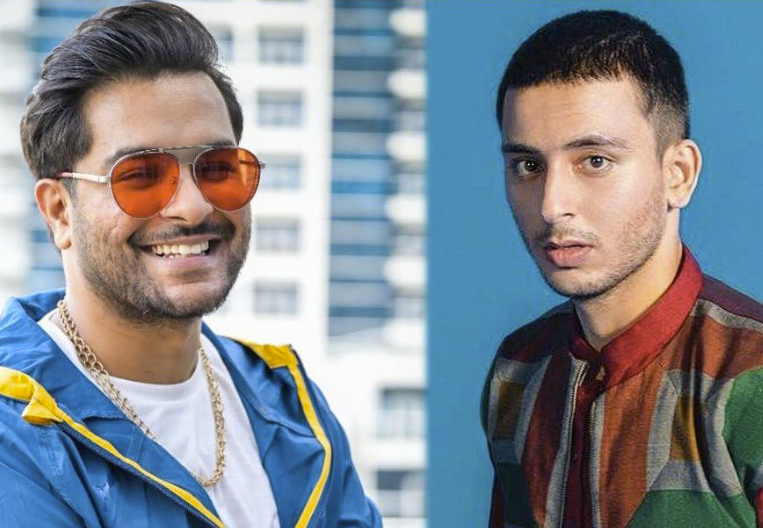 KARACHI: With the Pakistani music industry back on the rise, two of the most sought out artists are Hasan Raheem and Asim Azhar. And hence, when the two singers announced that they are headlining the same concert, fans were over the moon. However, in an unfortunate twist of events, the Asim Azhar and Hasan Raheem concert which was to be hosted in Islamabad on the 11th of September, turned out to be a scam.

The singers took to social media to break the news to fans. Azim Azhar’s story begun with the statement, “Summerjam Colourfest is a scam and the organizers are frauds.” He encouraged all those who had bought tickets to the concert, “Please get your refunds on all tickets and sponsorships. And please beware of any further events by them.” He went on to explain why the concert was cancelled, “Due to non payment, fraud and mis commitment from the organizers, we won’t be performing tonight in Islamabad.” 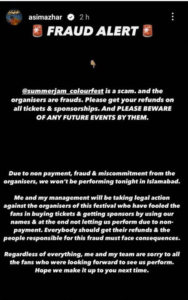 Hasan Raheem also uploaded a similar post about the doomed concert and wrote, “Really sad about the whole situation. I apologize to all the people who came out to have a good time tonight. We weren’t paid by the organizers on time. Kindly get your refunds from Summerjam Colourfest.” 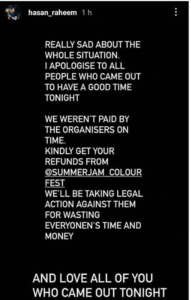 Both artists extended their apologies to disappointed fan and promised to see them on stage soon. The organizers of the event have not given their side of the events and instead have removed themselves off social media.