Dad said I could paint the wall any colour I wanted 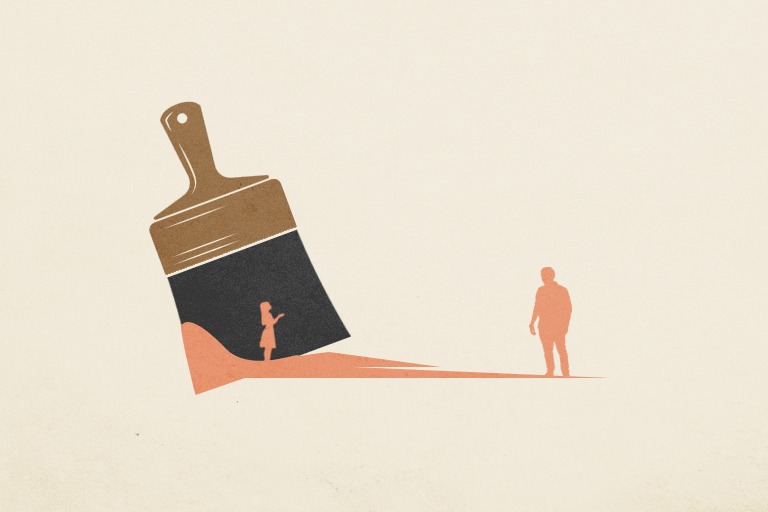 KARACHI: Most girls grow up saying that their father is their favourite man in the world. Their dad is their superhero. But not for me. It took me years to fully understand my father and my relationship with him. Being the daughter of a bipolar father, I had to navigate through various emotions and experiences to get where I am today. Of course, one’s relationship with desi parents is never a linear process. It changes every moment. For the longest time, my friends and I would joke about having daddy issues. Until they turned into mommy issues as I grew up and went head on with my mother who had subconsciously raised a daughter who knew exactly what she wanted.

But 27 years later and being the only child in the house now, I have come to realize that my dad was never my hero. He was my guardian angel. I was barely two years old when we all went to a water park for a family picnic. My aunt sat me down on the stairs near the pool and looked away for a brief moment. The water was quick enough to pull me in while she was distracted. Apparently I was floating upside down in the pool like they show in the movies before my dad pulled me out thinking I was some random kid who was drowning. He did not know that it was his own daughter that he had saved. And I believe he has been saving me ever since without either of us knowing.

Being an adult woman in Pakistan is not easy, let alone a woman with strong opinions and ‘bold’ choices who lives with her parents. Naturally, the last few years have been filled with conflict. Between me and my parents. Between who I am and who they want me to be. Between being a good daughter and prioritizing my happiness, for somehow the two can’t seem to coexist.

But most of all, the last few years have been filled with fear. Of not being good enough, of not making the right decision, of not being able to make everyone happy, sometimes not even myself. It was not until last week that I realized that while the world might expect me to be a certain person and act a certain way, all my dad wants me to be is myself.

It might not make sense if I say that a coloured wall made me realize that. But it did. You see, we were in the process of getting our house renovated recently. My father let me take the lead with making the renovations. Until it came down to one wall that had to be painted. We had managed to find a middle ground on everything except that one wall. Until dad settled on the colour of my choice. “Apko pasand hai? (You sure you like it?)” I asked him knowing well enough that his choice was quite the opposite.

“Mujhe toh tum pasand ho (I like you)” he replied.

And just like that, it became clear that my dad was going to stand by me in every decision that I took. He was going to trust me with my own choices. It didn’t matter whether the world approved of me or not. Because my dad likes me. Even on days when I’m not too likeable, he respects the person that I am.

Hearing him say those words gave me the confidence that I perhaps needed lately. It walked fear out the door. I could paint the wall any colour I wanted. I can paint my life any colour I want.

And maybe next time, I’ll choose a colour that my dad likes.