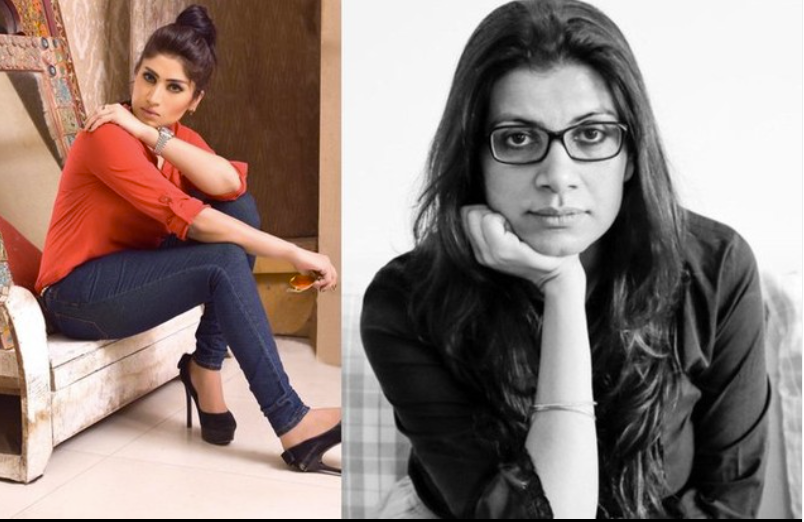 KARACHI: During her life, social media star Qandeel Baloch was an enigma. Years after her death, she has not been forgotten. So much so, Bollywood filmmaker Alankrita Shrivastava recently announced her plans to make Qandeel Baloch the subject of her new movie.

Alankrita Shrivastava, who is known for her web series Bombay Begums, will be working alongside producers Vikas Sharma and Sunny Khanna for the project. Tt has been been reported that the team acquired rights to the book, The Sensational Life and Death of Qandeel Baloch by Pakistani author Sanam Maher, for the movie.

Alankrita Shrivastava shared why she wanted to make the movie on Qandeel Baloch and how her death had impacted her, “When Qandeel Baloch was murdered in Pakistan in 2016, I was shaken up. It was a heinous honour killing. I couldn’t stop thinking about her. I started watching Qandeel’s videos repeatedly, and I was fascinated.” She called the movie, “An ode to the courageous spirit of Baloch.”

The director did not shy away from sharing her vision for the movie and said, “It will chronicle her sensational and astonishing rise to fame. I hope to piece together the memories of the rebellious, funny and vulnerable young girl, whose life was cut short because she shimmered too bright. The film will celebrate her spunk and lust for life by telling her story without judgment, hopefully, the way she would have liked to tell it.”

Vikas Sharma also offered his input on what was important when it came to making a movie about someone like Qandeel Baloch, “Qandeel’s story needs to be told by a sensitive filmmaker who is passionate about women’s stories. Alankrita is just the filmmaker for it. And not just because she is an award-winning feminist filmmaker, but because she has so much empathy for her characters.”

Sunny Khanna felt it was important that Baloch’s story be told and never forgotten, “Qandeel Baloch’s story is important and relevant. Even today, women often continue to be at risk when they dare to express their individuality and challenge the status quo. I believe the world needs to watch stories like this.”

This is not the first time Qandeel Baloch and her story has been shown on screen. In 2017, Saba Qamar starred in the drama Baaghi which revolved around the social media star’s life.