Everything we know about the Ranbir-Alia wedding 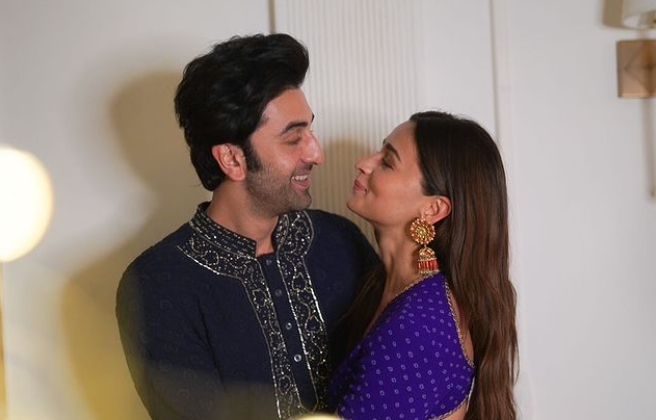 KARACHI: Love seems to be in the air for Bollywood actors. After Katrina Kaif and Vicky Kaushal tied the knot in December, Farhan Akhtar and Shibani Dandekar got married in an intimate ceremony earlier this year. However, if there is one celebrity wedding that fans all over the world have been looking forward to for years, it is that of Ranbir Kapoor and Alia Bhatt. The couple made their relationship official in 2018 and rumours about their wedding had been making rounds for a couple of years. To the excitement of many, the big day is finally around the corner as Ranbir Kapoor and Alia Bhatt are reportedly getting married later this month.

According to Pinkvilla, the Ranbir-Alia wedding festivities are set to take place between 13th and 17th April. While there were speculations about the couple having a destination wedding earlier, the RK House in Chembur has now be chosen as the venue. The house is also where Ranbir’s parents, Rishi Kapoor and Neetu Kapoor got married. The wedding is also said to be a family affair with the couple hosting a reception party for their industry friends at the end of the month.

When it comes to celebrity weddings, one of the most important questions is which designer will the bride opt for? Alia Bhatt seems to be following the trail of Bollywood actors who choose Sabyasachi for their big day. The actor will also be wearing one of Manish Malhotra’s dresses for her wedding festivities.

Ranbir Kapoor and Alia Bhatt are also set to share the screen for upcoming film Brahmastra, set to release in September 2022.