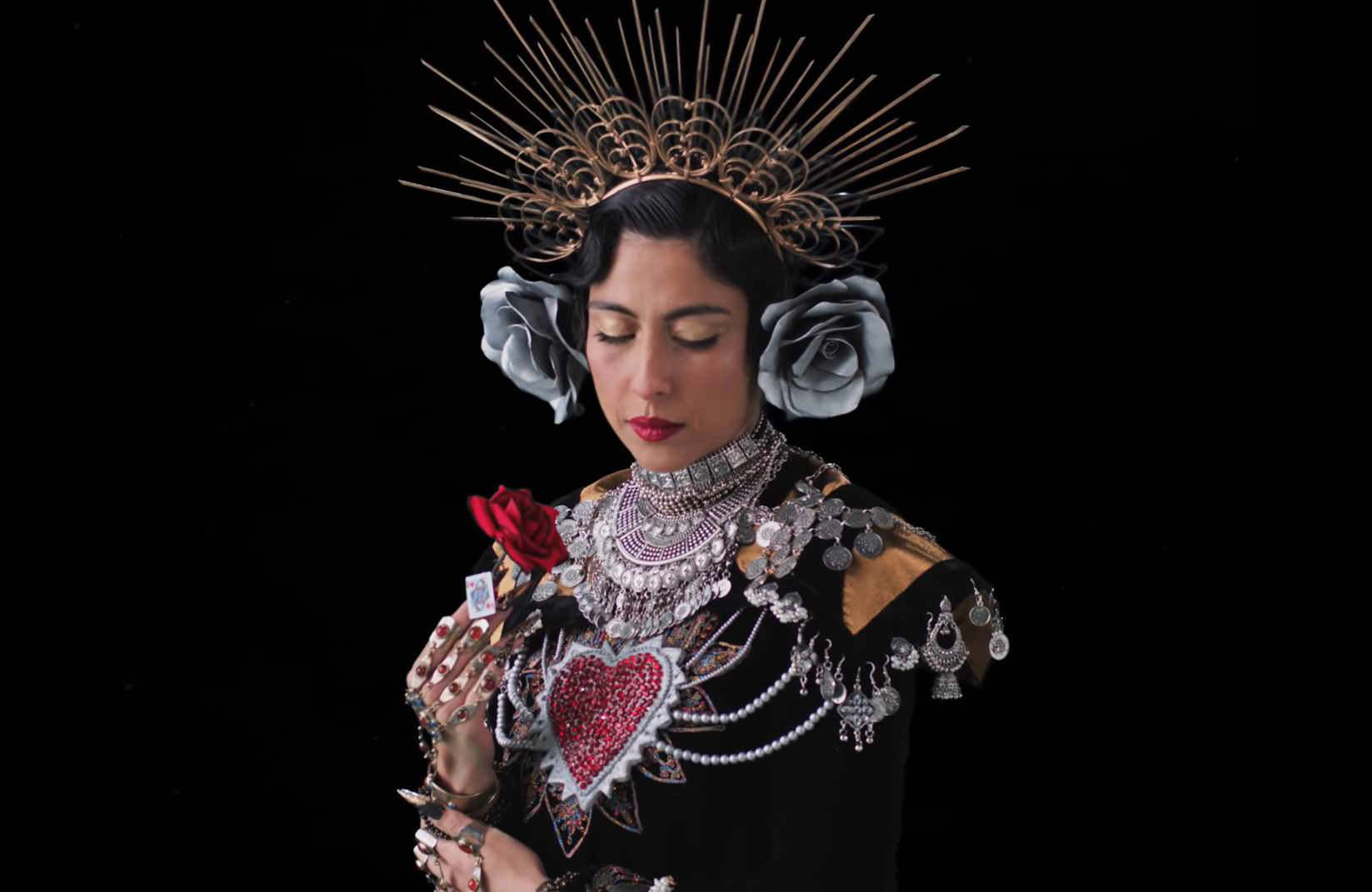 KARACHI: Songs by Meesha Shafi is something that music enthusiasts always look forward to. However, it is even more exciting when the songs come as a surprise. As Women’s Day approached, Shafi decided to celebrate the day with her fans in the form of a new song. Her latest, titled ‘Rajkumari’ celebrates women and the queens that they are.

The song begins with the story of a Rajkumari (queen) who rises to power and whose crown shines brighter than the rest. We see Shafi glammed up as the Queen of Hearts. From her headpiece to the details on her nails, the singer looks like a true queen. She has roses budding out of her ears and a red rose in hand, indicating the blossoming of a new queen.

The video, directed by Awais Gohar, features women from different walks of life. We see a pregnant woman on screen as Shafi sings of the heavens that exist beneath her feet. We see a differently abled individual dolled up in her wheelchair, representing women who are often marginalized. The video also features transgenders. Hence, Shafi’s latest song pays tribute to all those members of society who are often overlooked or pushed into a corner. Shafi reminds us that all women are beautiful and capable.

Another surprise that Meesha Shafi has recently given her audiences is by introducing rap into her songs. Not too many days ago, she collaborated with Faris Shafi for Coke Studio’s ‘Muaziz Saarif’ in which we saw her rap in Urdu. In Rajkumari, however, we see her mix English and Urdu as she raps about the power of women and how they look like queens.

Hashim Ali as the art director maintains a beautiful balance between light and dark. The video has an overall dark theme but each individual has been jewelled up in a way that makes them shine. ‘Rajkumari’ is a simple track to follow, with a deeper message for the masses. And it comes at the perfect time to celebrate women!