What the #FreeKesha Movement is 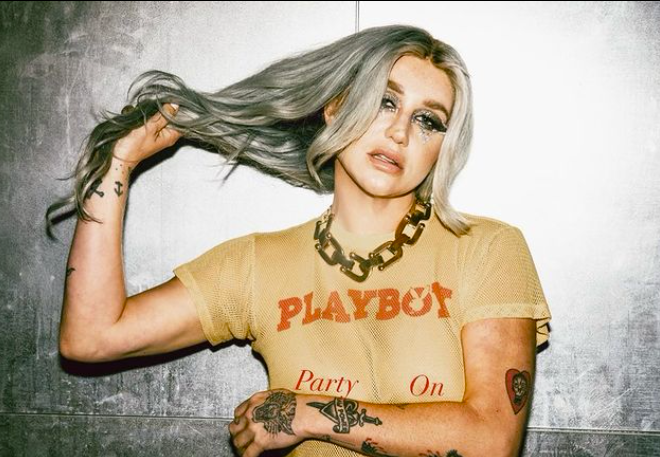 KARACHI: Back in 2010, all of us were jamming to the ridiculously catchy song ‘Tik Tok’ by Ke$ha. The singer skyrocketed to fame with her debut album “Animal” which went platinum. But just as soon as she rose to fame, she also disappeared. Here’s a look into what happened between Kesha, the singer who had so much potential, and Dr. Luke and what started the #FreeKesha Movement.

Kesha had been signed to producer Dr. Luke under the Kemosabe Records, a label owned by Sony Music,when she was just 17 years old. She came out with hits like ‘Tik Tok’ and ‘Your Love is My Drug’ in the late 2000s. But then things took a harrowing turn. By October 2014, Kesha found herself in the center of a legal battle against the man responsible for her career.

Kesha had filed a suit against Dr. Luke and accused him of drugging her, raping her and emotionally abusing her to such an extent that she ended up with an eating disorder. Part of the suit that was filed asked for Kesha to be released from her contract with Kemosabe. Dr. Luke obviously filed a countersuit and accused Kesha of doing all of what she was to get out of the contract. But Kesha’s eating disorder didn’t stem out of the blue, she had checked into a treatment facility in early 2014 revealing she had bulimia. Kesha’s mother even publicly accused Dr. Luke of contributing to her daughter’s illness by telling her to lose weight and comparing her body to a refrigerator.

However in 2016, despite her efforts, the judge refused to release Kesha from her contract with Dr. Luke. Which meant that Kesha wouldn’t be able to produce songs until her contract with her abuser was over. But Kesha isn’t backing down and now the #FreeKesha Movement is back in full swing.

Many of the singer’s loyal followers have been inspired by the successful #FreeBritney movement which had freed Britney Spears from the oppressive conservatorship under her father.

if you cared about Britney you should care about Kesha, believe survivors. https://t.co/OCYhKP01SY

The tweets in support of the movement highlighted how Dr. Luke was taking undue credit for Kesha’s work.

“Kesha appreciates every single person supporting her more than anyone could ever know!”

They also elaborate on the struggle Kesha went through to make Warrior pic.twitter.com/68aWvICmsr

Some even drew a comparison to Taylor Swift’s struggle to reclaim her records against Scooter Braun.

Requesting all Swifties to join the #FreeKesha Movement. We need justice for her! @KeshaRose pic.twitter.com/q9GbO2EsaC

With Kesha’s court trail due in the coming year, fans are on a mission to make sure the singer gets the justice she deserves.