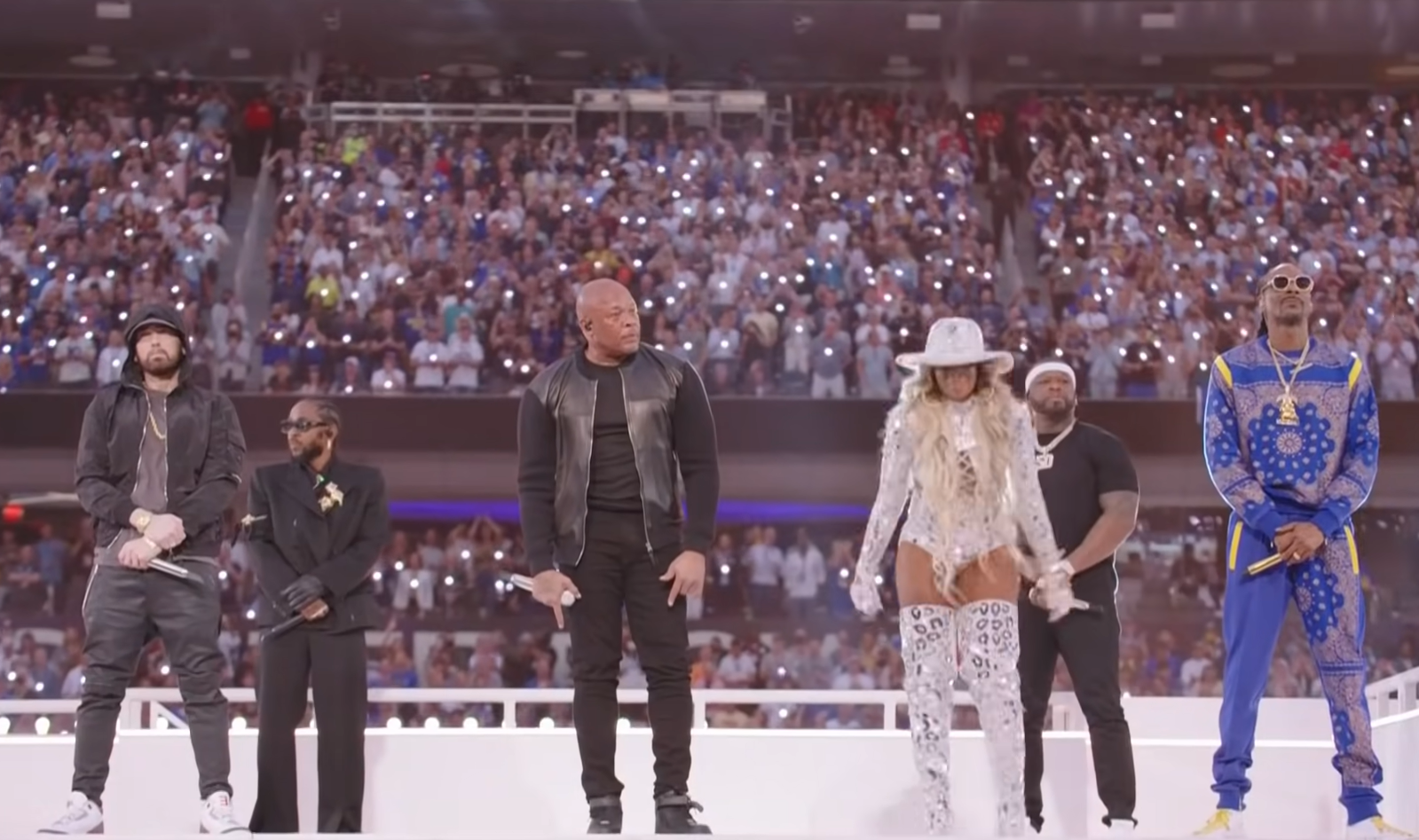 KARACHI: While some may have been celebrating Valentine's Day this Monday, Millennials had more exciting things to celebrate with the 2022 Super Bowl Halftime Show. Just when fans might think the halftime show cannot get anymore exciting, we are proven wrong. This year’s show was dominated by rap. The performance gave many of us major throwback as we saw some of our favourites singers from the late 1990s to early 2000s own the stage.

Dr. Dre and Snoop Dogg opened the show with “The Next Episode” and “California Love”.

Rapper 50 cent also made a guest appearance during the performance. Following Dr. Dre and Snoop Dogg’s opening sequence, 50 cent performed his 2003 hit “In Da Club”. Safe to say, the audience present in the stadium was not the only one grooving to the song. However, what caught more attention was the fact that 50 Cent was hanging upside down when he made his entrance. The singer sure caught the internet’s eye and the stunt ended up in a whole lot of memes.

Mary J Blige also performed at the show. The 51-year-old singer proved exactly why she has such a huge fan base. Performing two of her best song, “Family Affair” and “No More Drama”, Mary J ended her performance lying down on her back.

However, the most iconic moment of the 2022 Super Bowl Halftime Show came when Eminem took over. Performing his hit single “Lose Yourself”, Eminem was an instant crowd puller. What caught everyone’s attention was how he ended his performance. Finishing his set, Eminem took the knee as a protest statement.

Players like Colin Kaepernick and others have been kneeling since 2016 as a symbol of protest against racial injustice and police brutality. The statement has been the talk of the town since last night. Reportedly, the rapper had been asked by NFL not to take the knee but went ahead to do so anyway.

While officials may not have been in favour of the act, Eminem has garnered a lot of support on social media for his stance.