With more than 1500 vehicles in attendance, Pakistan set the world record for most cars at a drive-in concert on December 11 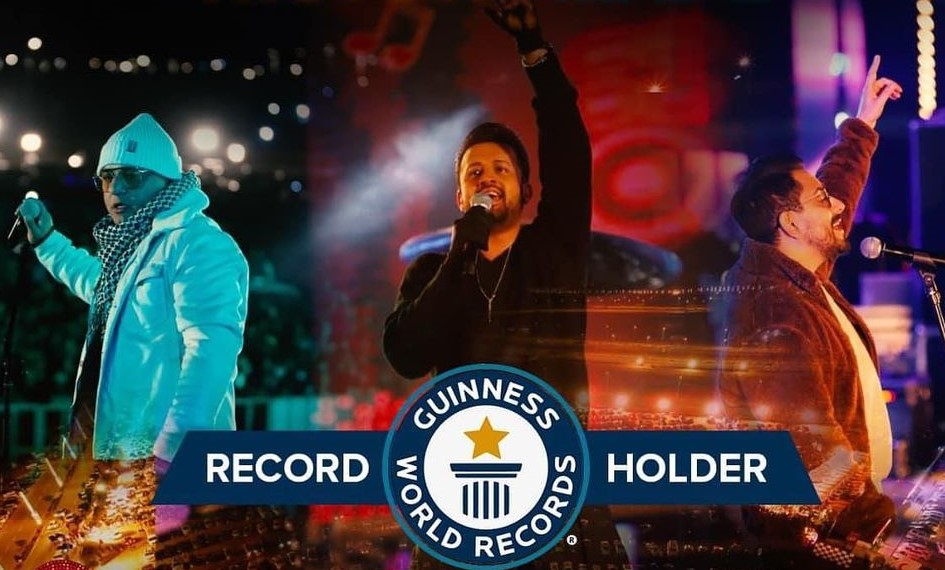 KARACHI: One innovation that came with the social distancing rules imposed by COVID-19 was the presence of socially-distanced concerts. While some countries experimented with reducing audience capacity at concerts, a few others introduced drive-in concerts. Though Pakistan had introduced drive-in cinemas years ago and even again during the pandemic, a drive-in concert was not held in the country until December 11, 2021. Not only was the concert in Islamabad a successful one, it also ended up setting a Guinness World Record for Pakistan.

The concert organized by Jazz and Park View City in Islamabad aimed to not only hold a socially distanced concert, but also create a world record. With nearly 1,680 vehicles in attendances, the management was able to set the world record for most cars at a drive-in concert. According to reports, the category had specially been created upon the management’s request and a minimum target of 1,000 cars was set. Cameras were installed across the venue to allow Guinness World Records’ officials to keep a count of the number of vehicles present.

World record of biggest drive in Concert has been made with 1680 vehicles after breaking previous one which was with 999. Congratulations Pakistan and Parkview City and Jazz for this big achievement.
Credit goes to #parkviewcity . 🇵🇰🇵🇰🇵🇰#driveinconcert pic.twitter.com/JrzPRceus6

The concert at which Pakistan set a Guinness World Record was attended by families who could enjoy the show from inside their cars or roofs. Amongst the performers at the event were Atif Aslam, Ali Azmat and Bilal Khan.