The interview covered a wide range of topics from talking about his new show, his time in Bollywood and his retirement plan. 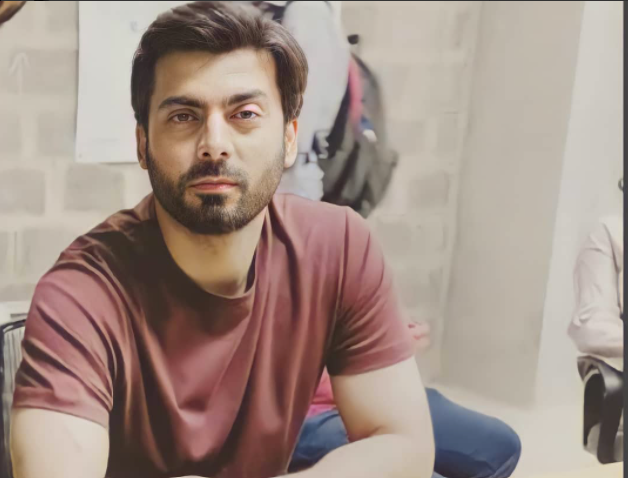 KARACHI: It’s been a while since we were last treated to a Fawad Khan movie or drama. With COVID-19 delaying his upcoming movies, fans were over the moon when they learnt he was going to be starring in an interview with Anupama Chopra. The interview covered just about all that we’ve been missing about Fawad Khan since 2016, from his recent works to whether he misses Bollywood right down to his retirement plan. Here’s all that was said.

The last we saw Fawad Khan on screen was in 2016 for his Bollywood movie Ae Dil Hai Mushkil and it’s been 5 years since. So fans were over the moon when they learnt that he would be starring in a Zee5 web series alongside  Sanam Saeed, directed by Asim Abbasi. But very little has been revealed about the upcoming project and so naturally Anupama Chopra tried to get some information out of Fawad Khan. Khan was pretty tightlipped about the show but Chopra did give viewers a hint about what to expect. The show will see Khan play a single parent and there will be a supernatural element to the show coupled with some magical realism.

Khan did, however, confirm the rumors that he is in fact starring in the new Marvel project. But that was all that he had to say about the matter.

Anupama Chopra took the opportunity to point out that between his last Bollywood movie and now, while he did have projects such as Maula Jatt and Neelofer  they are on pause because of the pandemic and so she asked if that led to Khan having insecurities about not being on the big screen. Not surprisingly, Khan said that he doesn’t feel insecure about how much work he gets but would rather like to focus on the kind of work that he gets. And he also went on to say that the delay didn’t bother him because he got to spend quality time with his family and also managed to shoot three different movies and so when “the dam breaks, there’s going to be a lot of stuff to watch.”

On whether he misses Bollywood:

When Fawad Khan made his debut in Bollywood, he became an overnight sensation. But with the political ban on all Pakistani artists still in place, his time in Bollywood was cut short. But that didn’t stop him from admitting that he does in fact miss Bollywood. He revealed that he made some great friends on the other side of the border and that he had some great experiences when he visited different cities in India.

Khan has been included on the list of “Sexiest Asian Males” by the British magazine Eastern Eye and so based on that Chopra asked him if he’s ever felt objectified on his looks and whether he’s been turned down for roles for “being too pretty.” Khan played the question off very humbly and said that he hasn’t ever been in that position and that if he didn’t get a role, it wasn’t because he was too good looking for it but rather because he wasn’t good enough for it.

On his retirement plan:

Beyond singing and acting, it turns out that Fawad Khan is a pretty good cook. Granted that it takes him longer than usual to cook the dish, but he cooks well enough to actually consider opening a restaurant as part of his retirement plan!

On The Next Big Story:

Fawad Khan was also asked about The Next Big Story, the writing platform he launched for aspiring writers. He talked about how because the industry has the same writers, the content that is being created is reused over and over again and that there is an overriding need for new talent and content. He talked about how everyone wants to be an actor but very few people are inclined towards the rest of the process and he hopes that his platform encourages people to explore other aspects of the overall process.

On the Pakistan and India tensions:

The actor gave an analogy of the tensions as the thin film that forms on the top of tea. After his time in India he realized that he felt nothing but love and so the tensions and anger is only on the surface and, like the layer on the tea, it’s very flimsy and there’s a lot of interest on both sides about each other’s cultures.