It's about time primetime television started addressing issues that are less spoken about, and these dramas have taken a step in the right direction 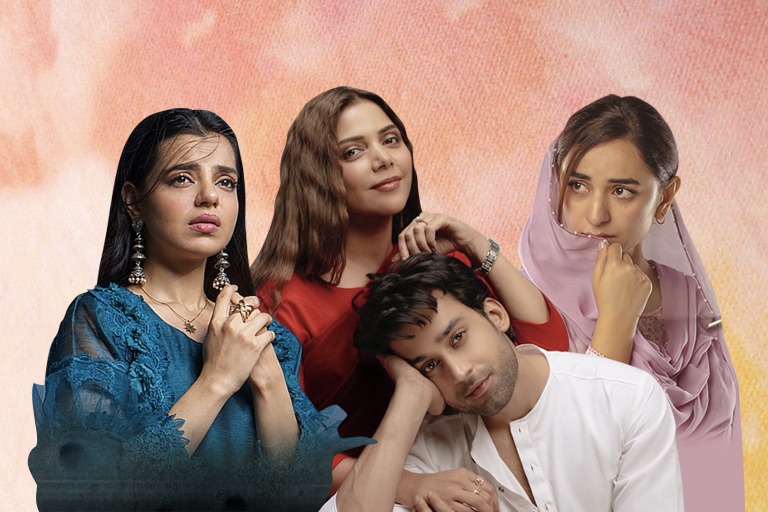 KARACHI: Amidst the plethora of pakistani dramas produced in 2021, one positive thing to have come out is how our storylines dared to explore newer, more risky paths. While serials like Saraab and Phaans addressed mental illnesses with the latter also touching upon rape, a few recent ones have been touching upon topics that have been brushed under the carpet for decades. The issues portrayed in these dramas have always existed in our part of the world but owing to our culture and the social taboos attached, no one dares talk about them, specially not on a public platform. Here are four dramas that are currently delving into very important topics.

We have already been full of praises for Dobara. Starring Bilal Abbas Khan and Hadiqa Kiani in lead roles, the drama portrays the life of a woman who rediscovers her youth after her husband, who was much older than her, passes away. In Mehru’s (Hadiqa Kiani) character, we see a woman who has been robbed of her childhood and individuality since her marriage. While it is refreshing to see a woman being treated as a woman instead of a ‘widow’, the true heartbreaking moment comes through Mahir’s (Bilal Abbas Khan) character. In a scene from episode 5, Mahir shares how he has two families but not even one home. In the parents who continue to blame him for his careless attitude, he sees people who diverged their paths without considering what was going to become of their child. A lively character, Mahir has brief moments where he allows us a sneak peek into his past and his true emotions. Mahir allows us to see how children suffer once families fall apart.

We might not be completely sold on Ishq-e-Laa’s plot yet but one thing we do appreciate about the drama is the strength of Azka’s (Yumna Zaidi) character. Not only does the drama touch upon workplace harassment and the power dynamic behind it, it also shows Azka standing up against her employer and for what is right. Azka’s brother even quits his job after the harassment incident and refuses to bow down in front of their employers simply because the latter is financially and socially stronger than them. Even when Azka becomes a target of street harassment in the latest episode, she beats up the men instead of being quiet and scared. These are the characteristics we should be instilling in all of our girls, regardless of their social status.

In 2021, Pakistani dramas not only saw a variation in storylines, they also witnessed some of the audiences’ favourites return to the small screen. Hence, it was barely a surprise when the Mahira Khan-starrer Hum Kahan Ke Sachay Thay created a lot of hype. Though the pace of the drama has recently slowed down by a margin, we cannot ignore the topics it highlights. Broken families, childhood trauma and its impact on adults as well as the impact unhealthy competition has on children are aspects highlighted in the drama.

It is true that multiple Pakistani dramas spoke about issues like harassment and violence against women this year. However, if there is one drama that perfectly captures the extent of violence that women continue to bear, it is Aakhir Kab Tak. The show is fearless in its narrative and leaves no detail forgotten while addressing rape. Azfar Rehman as Zafar does a commendable job with his portrayal of a perpetrator. The storyline feels no less than a rollercoaster ride with audiences being able to feel Fajr’s (Srha Asghar) fear and trauma as she struggles to live a regular life. Aakhir Kab Tak also rightfully depicts how culprits are often present around us, even in our homes, and how they rarely have only one target. Like Zafar, numerous men in real life continue to harass and blackmail multiple girls while pretending to be completely innocent in front of others. The narrative might be an uncomfortable one for our society but stepping out of our bubbles is exactly what this country needs right now.