"It does eventually become part of a lifestyle we have to continuously and secretly manage while being outwardly erratic," shared the model while speaking about her struggles 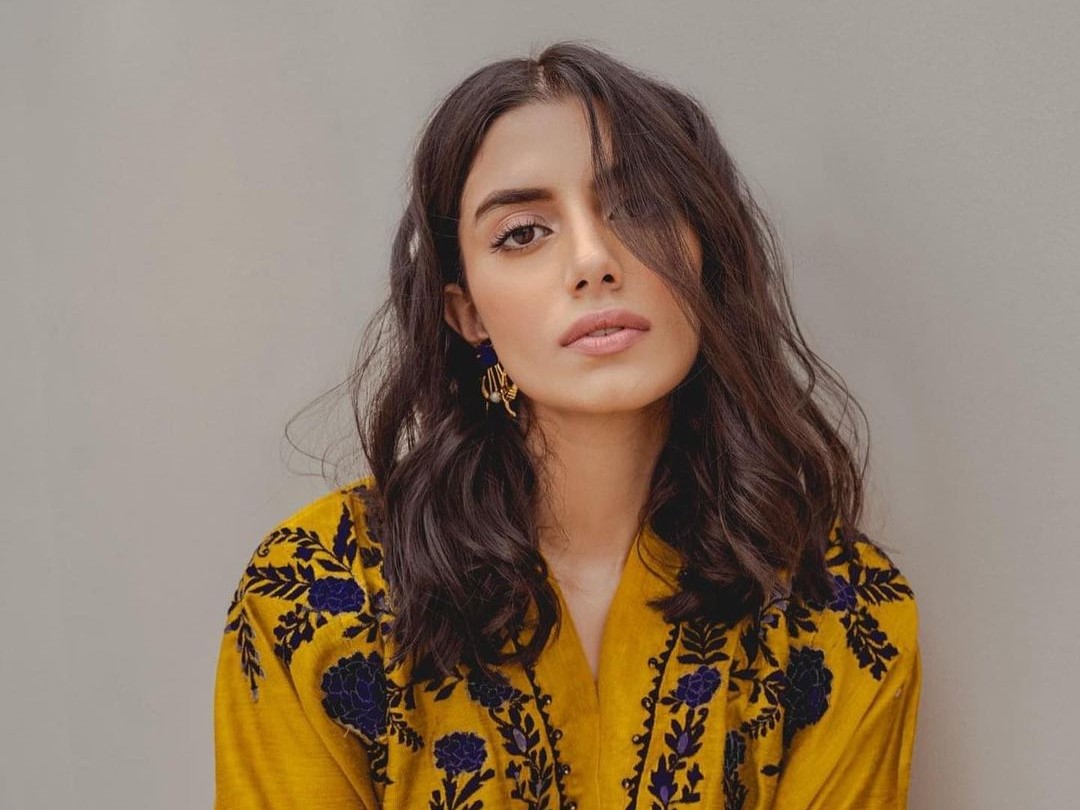 KARACHI: Topics around women’s health are often brushed under the carpet in our part of the world or mentioned in hushed tones, if spoken about at all. Menstruation, especially, is a huge taboo. Women going to work or school and spending a day as a regular being while bleeding is a sport that many women have mastered but few see as an achievement. Granting paid leaves for menstruating women is considered a joke rather than something which can actually be put into practice. Relating to the struggles and pain that come with menstruation, model Zara Peerzada took to Instagram to share her own story.

“We talk about going to work with the cramps and headaches but where are my sisters with severe hormonal imbalances, PMDD, poor mental health + pms? How do you cope if you have a socially interactive job or work environment?” asked Peerzada whose work requires her to be around people and in front of cameras.

Peerzada went on to share how menstruation has impacted her and her loved ones over the years. Sharing that her partner and family have suffered the worst of it, the model explained that “the helplessness cannot be helped at all, neither the despondency. It can only be endured. Emotional support animal is my only respite in the days it’s specially bad.”

After advising her female followers to look up the difference between PMS and PMDD, and asking cis men to educate themselves as well, Peerzada further explained the correlation between menstruation and mental health struggles. “You snap and say things you normally wouldn’t and it’s hard to explain to partners and family why or what is happening. And that is just the external part of it, the internal chaos is lit.” The model listed down extreme anxiety, extreme anger, irritability, mania and despondency as some of the symptoms that can be experienced.

The last Instagram story that Zara Peerzada uploaded shed light on a very important issue. Like many women, Peerzada, too, had been advised to stay home ‘during those days’. “What days?” Peerzada rightfully asked as she pointed out “PMS can start as early as day 14 of your cycle the time that you ovulate and last for even several days after it’s done. That’s two weeks out of a month.” 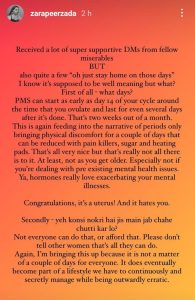 Peerzada further emphasized how PMS goes beyond just physical discomfort. She pointed out how it can impact a person’s mental state, especially for women who already suffer from mental health issues. Most importantly, the model highlighted how it is not realistic for women to take 14 days off from work every month. Barely any jobs allow that much flexibility while affordability is a big concern for many women.

“It is not a matter of couple of days for everyone. It does eventually become part of a lifestyle we have to continuously and secretly manage while being outwardly erratic.”