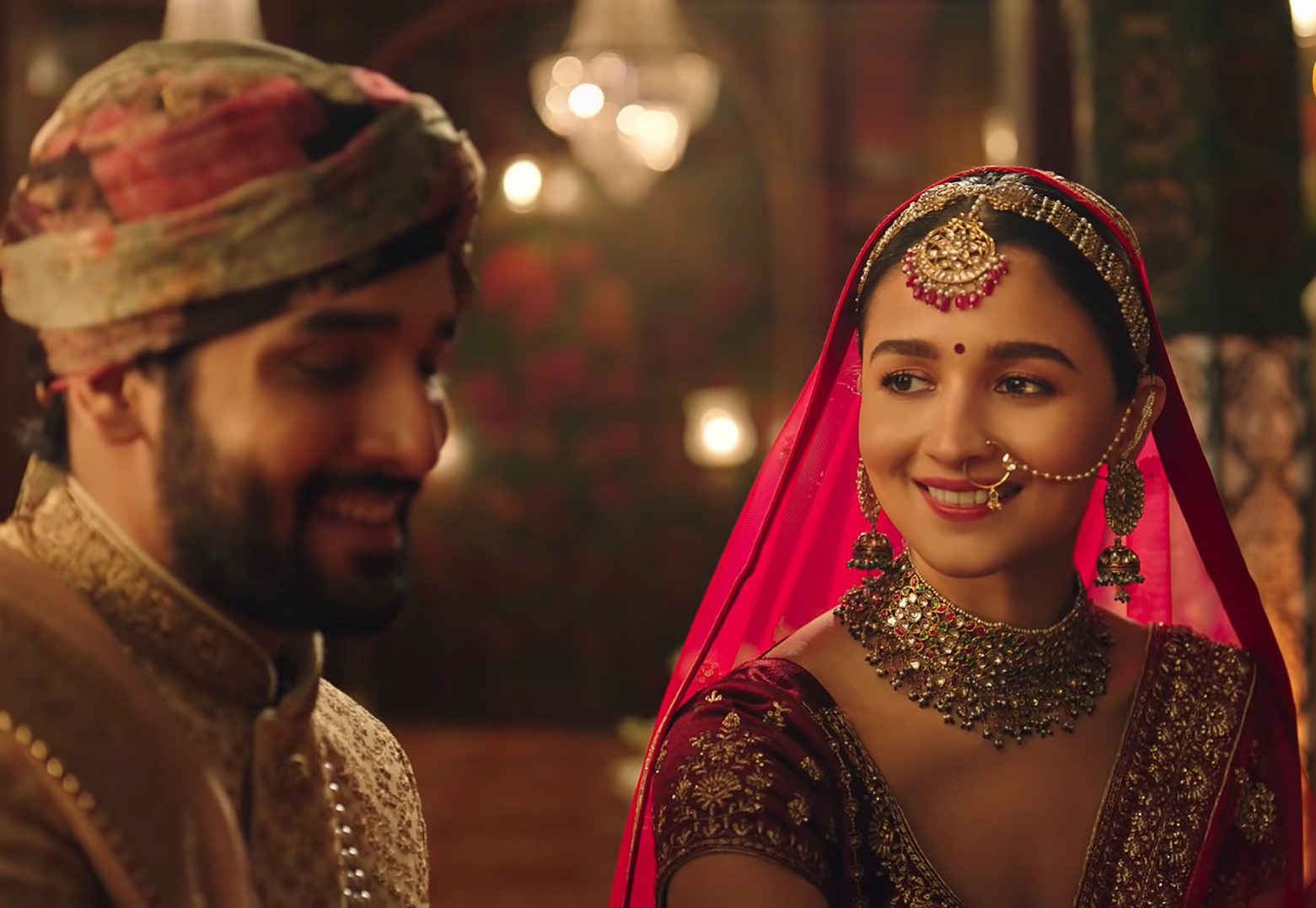 KARACHI: Bollywood actor Alia Bhatt recently featured in an advertisement for a clothing brand which attracted a lot of attention. The fashion film for Mohey, an Indian bridal wear brand, presents Bhatt as a modern Hindu bride who questions the idea of ‘Kanyadaan’. Simply put, Kanyadaan is a word from Sanskrit which roughly translates into ‘giving away the bride’ and is an important ritual in Hindu weddings. The fashion film criticizes the practice as it wants women to not be seen as commodities that can be ‘given away’ or girls as having no homes of their own.

The advertisement shows Alia Bhatt presenting the idea of ‘Kanyamaan’, a more equal practice, one that is not patriarchal or regressive. While many have lauded the progressive approach of the brand, others have accused the campaign of going against Hinduism and hurting religious sentiments.

In this ad, Kanyaadaan is replaced by "Kanyamaan", which is a good way to educate people about the vast patriarchy of India. The Indians are following the marriage rituals blindly without understanding it and the women mostly suffer from it. #Moheyfashion #Manyavar #Manyawar

Being the face of the bridal campaign, much criticism has been sent Alia Bhatt’s way who has been accused of performative and pseudo feminism.

To all the people for whom #Kanyadaan exist only in Hindu marriage I would like to remind that "giving away a daughter" exist in Muslim and Christian communities too. But pseudo feminists like @aliaa08 won't mention that. #mohey https://t.co/6riYX0K2Ai

Woke feminism by drugwood to reform Hinduism. But total silence on cult of Halala, TTT, Polygamy, Iddat, Child marriage that views women as property@aliaa08 is probably inspired by her women-empowerment champ daddy to give gyan on Kanya ka Maanpic.twitter.com/HwDUuvHlmN

Some viewers also took to social media to explain how the term ‘Kanyadaan’ has been oversimplified and misinterpreted. Others pointed out how ‘giving the bride away’ is a concept present in other religions as well and hence, not simply a Hindu practice. Some have even gone to the extent of filing a petition in order to have the ad removed.

To no one’s surprise, co-star Kangana Ranaut had much to say about the fashion campaign as well. Taking to social media, the actor who has on numerous occasions defended her state and religion requested the brand to ‘not use religion, minority, majority politics to sell things’.

Ranaut went on to explain how Hinduism is the ‘most tolerant religion’ and and must not be abused or condemned. Her post also explained the different context in which the term ‘daan‘ is used.