How Desi parents have failed their sons

They sit and talk about how their sons have grown up and they can no longer parent them but in the very same breath, they proudly discuss limitations set for their daughters. 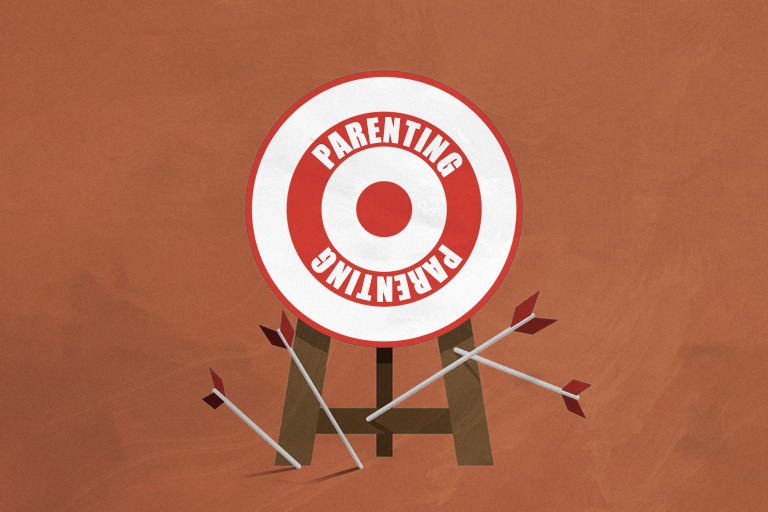 KARACHI: The scene is such: three women decked up in designer lawn suits with their hair perfectly blow-dried and their designer bags perched up on the seat next to them. These desi mothers are enjoying their monthly kitty party and the current topic of discussion is parenting. The conversations that follow are as such:

Mother #1: Oh dear, my Fahad is now taller than me. He towers over me and I hesitate raising my voice at him. Ab woh bara hogaya hai na (he’s grown up now).

Mother #2: My Hassan’s mustache has started coming and his voice is growing deeper by day. He’s becoming a man and so I need to take a step back.

Mother #3: Sarim has started to drive our car alone. He’s sixteen, how long can I stop him. Plus he’s a boy, it’s what all boys his age do.

Three educated mothers from well-to-do families sit and talk about how their sons have grown up and they can no longer parent them. These very sons grow up and get into trouble, often hurting themselves or others around them, and then we collectively as a society sit and wonder how things got to this point. How our boys have gotten so far out of hand and where we went wrong. Or rather, where did Desi parenting go so inherently wrong? 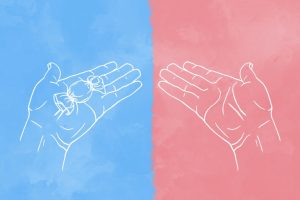 Mother’s Day special: A letter to my son

Not long ago our house help had a similar conversation with me about how she considers her thirteen-year-old son to be a grown-up and how she can’t control him because he’s a man now. “Baji daari mooch aagayi hai, awaz bhaari hogayi hai. Ab mein kaisay ussko mana karoon, aadmi hai aadmi. Sach kahoon tou darti hoon ussay.” (His mustache and beard are coming out and his voice is deep now. How can I say no to him when he’s become a man. And to be honest, I’m a bit scared of him.) I would often berate her for this thought process and tell her, “He’s your son! How can you not control him?” But I soon learned that it wasn’t necessarily her fault. Her son slipping through her fingers was a result of her surroundings. Her son had seen his father beat up his wife on the pettiest of matters, he’d hear his father curse his wife for things that weren’t her fault. He’d grown up seeing that women were objects and weren’t worthy of respect. And so I began to sympathize with her and I came to the realization that it doesn’t matter what strata of society you come from, this is the sad reality of Desi parenting.

Gender based violence is a result of power imbalance among various genders in a society, and the need to maintain status quo i.e patriarchy. It has nothing to do with a persons clothing, her past or her character.

But what excuse do the educated mothers have? These women raised their sons in the best environment possible, had all the resources and all the freedoms needed to raise good men. But for some unexplainable reason, they chose to take a step back at the time their sons needed to be parented the most.

Puberty is no easy phase in any child’s life. A child’s body begins to change in ways that the child cannot comprehend. Add raging hormones and mood swings into the mix and you have the typical angsty teenager. This is the point in time the kids need their parents. They might not want the help and they will resist whatever you as a parent have to say, but as a parent, you still need to say your piece. Over and over again. You need to have those awkward conversations about periods and hygiene and body hair and you need to do it by looking your kids in the eye without flinching.

The onus falls on mothers, especially because when they decide to take the backseat in being a parent and they rely on their husbands to be the bad guys that need to be feared, they all but tell their sons that women are the weaker of the two genders. They don’t deserve respect and they certainly don’t need to be listened to. And so when the boys step out into the real world, they put these beliefs into place and that’s how they treat the women around them. Locker room talk, rape jokes, and curse words intended to degrade women don’t seem so bad to them.

And that’s not the only time desi mothers fail in parenting their kids. Where they chose to take a step back from parenting their sons, they choose to put twice the amount of restrictions on their daughters. From the clothes they wear, to the company they keep to the places they go to, desi mothers will be found breathing down their girls’ necks. And we get it. If the recent events have proven anything to us it’s that the world is not safe for girls. And that’s the tragedy of it all. If desi mothers stopped putting their sons on a pedestal and stopped letting them get away with all that they do and actively chose to parent their sons, the world wouldn’t be such a dangerous place for their daughters.