Megan Fox responds to criticism on age difference with boyfriend

Megan Fox is four years older than her beau, Machine Gun Kelly, something many people have found hard to digest 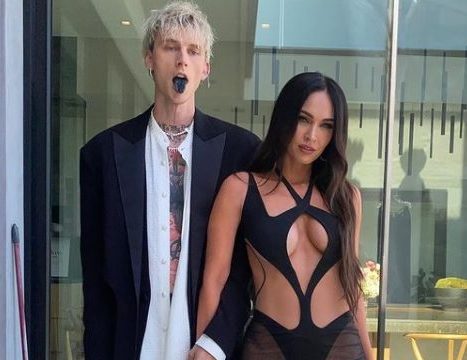 KARACHI: Numerous female actors have had to come forward to justify their relationships with younger male partners. Globally, it has been normalized that, in order to have a successful relationship, the male has to be superior in age, size, and a lot of different aspects in life, in comparison to the female. A recent addition to the list has been Megan Fox, aged 35, who has been dating her boyfriend, Machine Gun Kelly (real name Colson Baker) aged 31, since the June of 2020. Fox has taken a stand for her relationship as well as against the patriarchal notion that a man needs to be older in the relationship.

“You want to talk about patriarchy? The fact that he’s four years younger than me, and people want to act like I’m dating a younger man,” she said in an interview with InStyle on an episode of Let’s Unpack That.

Her boyfriend, Machine Gun Kelly, has also spoken about his relationship with Megan Fox saying, “I don’t think people get the opportunity to believe in real, great love, and that’s what we have together.”

“Four years? Go fuck yourself. We would have been in high school together. That’s so ridiculous that women are treated that way,” Megan Fox added during her interview, “The fact that he’s four years younger than me, and people want to act like I’m dating a younger man. He’s 31, and I’m 35. Granted, he’s lived like he’s 19 his whole life, but he isn’t 19.”

During the interview, she also talked about reinventing herself as an actor after her career went slightly dormant after her comments on the Transformers director, Michael Bay. “I should probably start manifesting,” she said. “I won’t lie, I do want to find a Marvel or a DC character that I’ve always wanted to play, and do one of those.” At this point, the actor simply wants to sincerely act. “People hate on you as an actor for that because it doesn’t get you the big awards. I don’t give a fuck. Give me an MTV award. I don’t need a fucking BAFTA.”