Titled Rafta Rafta, the track is going to be yet another love song bound to pull at our heartstrings 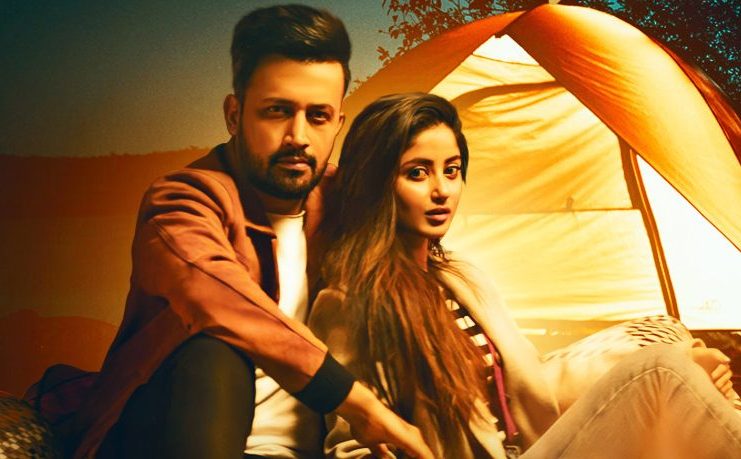 KARACHI: An unlikely pairing of two powerhouses has got fans buzzing. Atif Aslam, who has enjoyed success both in Pakistan and abroad, recently announced that he has a new song in the works. To make the new song even more exciting is the fact that the music video will star Sajal Aly.

One glance at the poster that Atif Aslam shared of the new song and you can tell the song will pull at our heartstrings. Huddled around a campsite under the stars of a picturesque sky, sit Atif Aslam and Sajal Aly. From the few details that we know about Rafta Rafta, we know that the music video was shot in Skardu. We also know the song’s genre though it won’t be a huge surprise. Aslam took to Instagram to confirm that Rafta Rafta is a romantic one ,”Experience love like never before,” he wrote in the caption. All of these elements add up to make a promising new project for fans to look forward to. However, they might just have to wait a bit longer. There has been no confirmation about the release date for the music video since the shooting is still under wraps.

This won’t be the first time Atif Aslam has cast a popular actress to star in his music video. Mansha Pasha and Syra Yousuf have both starred in the singer’s music video Raat.

The music video will be released under the label of Tarish Music. Rafta Rafta is directed by Hassam Baloch and produced by Tarun Chaudhary and Omar Ahmed.