One minor scar, one major surgery

On account of C Section Awareness Month 2021, we are celebrating the struggle and strength of women who went through the procedure to bring life into this world. 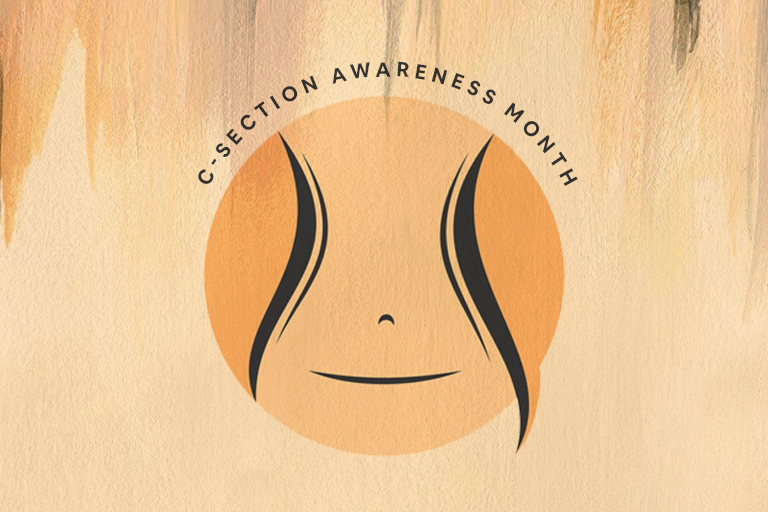 KARACHI: Being a petite girl, the closer I got to a “marriageable age” I was constantly subjected to one particular question: “You’re so nazuk (delicate), how will you be able to give birth?” I eventually got married then got pregnant and had my son Nayel. As luck would have it, Nayel simply refused to move off his bum (to be medically accurate, he was in breech) till the very end and so I was told I would have to have a c-section. “I just wish I could have experienced natural birth once in my life,” I remember saying to my mother. After all, motherhood is synonymous with the labor room horror shows that we’ve seen in movies and shows. Which probably explains why I didn’t take my recovery as seriously as I should have. A week after my surgery, I bent down to pick something off the floor and both my mother and grandmother let out a loudest gasp. Bewildered I told them that it wasn’t a big deal, I was fine. That’s when I was sat down and explained that I had gone through a major surgery and I needed to be kind to my body and let it heal. That’s when I realized that my body did in fact go through severe trauma, I was literally cut open! Which is why, today I am writing this article. On account of C-Section Awareness Month 2021, that is, April, I’m here to celebrate the women whose bodies went through major trauma to bring life into this world.

What is a C-section?

A  Cesarean delivery is a a surgery whereby incisions are made in a woman’s abdomen and uterus in order to deliver a baby. There are a number of reasons why a woman has to go through this surgery:

When I had Nayel, I was lucky. The surgery and recovery went smoothly. I had supportive family who didn’t care how I delivered Nayel as long as we were both safe and healthy. But I’m one of the lucky ones. On account of C-Section Awareness Month 2021, we spoke to mothers who went through the procedure. As you read on stories of other women, you’ll know what they go through, physically and emotionally.

Hafsah’s story stood out because it was the first time I had heard of someone getting a cannula in their neck. She explained that when doctors couldn’t find a vein in her hands, arms or feet, they took her for an ultrasound to find her jugular vein. Once they located it, they put the cannula there and secured it with a stitch.

Despite how scary the entire episode was for her, she confides that she was subjected to snide remarks from close family. For them, a cannula in the neck and being cut open didn’t amount to much since it wasn’t “as bad as normal labor.” Hearing these comments was heartbreaking but Hafsah says it was all worth it in the end and she would go through it all over again for her child.

For Najia, her post-op recovery was traumatic. During her pregnancy the fluid around her placenta had been insufficient which is why she had the operation. However, because of the lack of fluid, her placenta got stuck near her lower pelvic area and had to be scrapped out in bits and pieces. In the process, her bladder got slit accidentally and she ended up needing a catheter for 18 days. Can you imagine? A new mother, fresh off from a major surgery, having to deal with an added burden of the catheter? Najia told us that it was painful 18 days and to make things worse, the trauma left her unable to heal emotionally. She says that the mere task of sitting was difficult and she couldn’t properly feed her child. It didn’t help that people took this as an opportunity to make insensitive comments about how her baby was weak and made it seem as though she wasn’t doing a good enough job.

Najia did, however, recover and went on to have another C-section. Unfortunately, she ended up losing her daughter. She tells us that people chose her moment of grief to criticize her for having the surgery when her child had to die. As if somehow, a natural delivery would make the unimaginable loss any better.

Nimra had to face her share of snarly comments. She had to be rushed into an emergency C-section in her 34th week after a 36-hour-long labor. She recalls the trauma of her spinal epidural not working and how she felt the indescribable pain. Rather than sympathy she had to face women who accused her of opting for surgery as an excuse to avoid the pain of child birth. She was made to believe that somehow the mode of delivery is what determines what a real mother is, not the fact that she carried the child in her womb for months. Another lady piped in claiming that Nimra’s son was weak because she had a C-section. Though, my personal favorite was that she was “too posh to push.”

Nimra ended up with severe Postpartum Depression. From her own experience she urges people to be kind to new mothers and to not make them feel guilty for their choices. She also advises them to rest and to not to hesitate asking for help and to enjoy every moment of this new journey.

On the other hand, some women opt for surgery as opposed to going through natural birth. Sophia confesses that she opted for surgery  because she was scared of natural birth. But that wasn’t the only reason. She says she’s a very organized person and so she wanted to be prepared for her son. She had her bags prepared, she had cooked and showered in advance. Her doctor wasn’t too happy with her decision but eventually let Sophia take the lead.

Rida also opted for surgery. Her first pregnancy ended up with a C-section since she had twins; however, the second time when she was only expecting one child, she insisted on natural birth. She wanted a quicker recovery so that she could get back to her twins. She also confesses that she wanted to experience the process of natural birth as well. However, after 20 long hours of labor, she gave up and asked for a C-section.

Both women have no regrets about their decisions. Rida’s advice for mothers is that they shouldn’t compromise on their health just to experience a natural birth. She accurately says that either way, you are bringing something beautiful in this world and that mothers should cherish that. Sophia’s advice is that women should educate themselves about the whole process and they should educate their families about it too so that they make the process easier.

Take C-Section Awareness Month 2021 as an opportunity to celebrate mothers. To acknowledge the pain they go through to bring their children into this world and to stop criticizing them and their decisions. Celebrate mothers unconditionally.

5 ridiculous things brown parents did during the lockdown