Katherine George is not real

Neither is the respect she said Pakistani men have for women 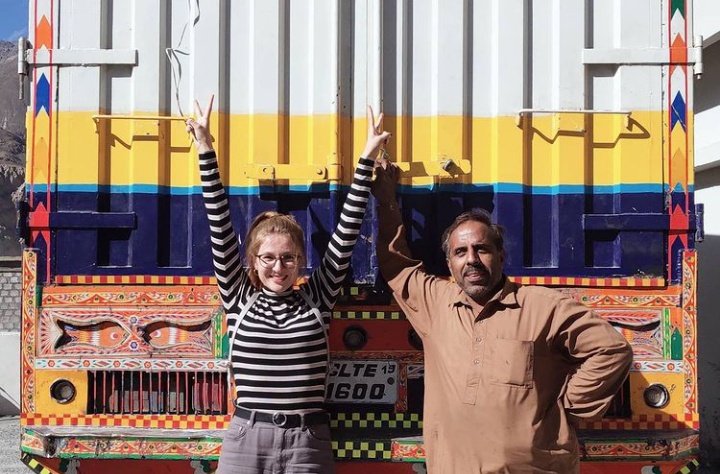 KARACHI: Quite a flurry was created on social media recently when a rather ironic tweet made rounds on the internet. “No one in the world respects women as much as Pakistani men,” read the tweet in question. Of course, the sentence made no sense considering what the rate of crimes committed against women has to say. What was even more ridiculous was the fact that the author of the tweet was Katherine George, a white woman. While some mocked her ignorance, the reason for her experience was clear to many. Katherine George is not just a woman, she is a white woman. To anyone who knows even a little about Pakistan and our gora complex, the reason behind our nation’s treatment of women like Katherine is clearly her skin tone and the power and status that we associate with it.

No one in the world respects women as much as Pakistani men. Very respectful and humble. pic.twitter.com/KVqf2Beryc

We could go on about Pakistan’s colonial hangover and double standards but another amusing tweet made it to the internet soon after. According to the tweet, Katherine George does not exist. The author of the tweet, Fahad Desmukh, pointed out how the picture making rounds on social media is actually of Aleks Mroz. It is true that the Polish woman is currently residing in Pakistan and travelling, but the statements being made under her identity are not true.

The quoted account is obviously a fake 5th Gen Warrior sock puppet. The original source of the photo seems to be a Polish travel blogger who doesnt say Pakistan respects women, but she does have some complaints about trash in the countryhttps://t.co/QZe15Z9H2b https://t.co/vUTSftw33k pic.twitter.com/Eu82ZwNNjU

Taking a look at her Instagram account, Golden Brown Baozi, reveals that Aleks is in fact, quite in touch with reality. She uses her platform to write about Pakistan and its cultural history, but she also does not make any sweeping statements. In fact, Aleks seems well aware of the gender inequality and sexism that women experience every day.

The fact that Katherine George is a fake account seems almost obvious now. At second glance, she seems quite obsessed with Pakistan. Unsurprisingly, Pakistan is all that she tweets about. The truth may be a bummer for Pakistani men who believed the fake tweet faster than they believe myths regarding the COVID-19 vaccine but it is definitely a sigh of relief for those who live in Pakistan and know the struggle of women residing in the country.

Pakistan has the best tourist destinations in the world. Pakistan is a Piece of Heaven on Earth. I urge my friends all over the world to visit and explore beauty of Pakistan. #BeautifulPakistan https://t.co/7AqOlCYsSB

7 budget-friendly destinations to travel to before you turn 30