‘Ao Ehad Karain’ sends out message of harmony and rectification 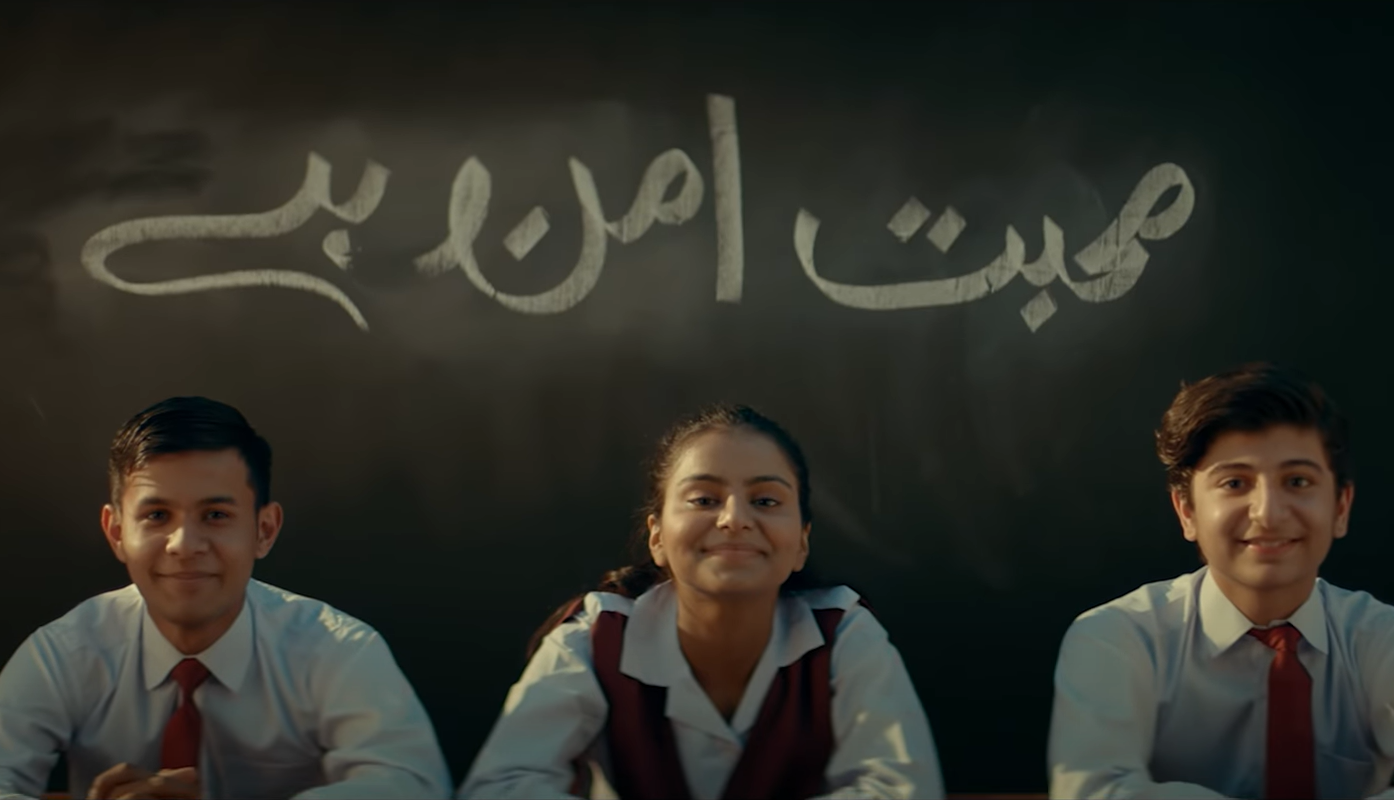 KARACHI: Featuring some of the more urban historical locations of Pakistan, Coke Studio has produced an ode to Pakistan resolution by combining some of its biggest patriotic hits in its latest, ‘Ao Ehad Karain’. The song represents many of Pakistan’s ethnic groups and taps at nostalgia from childhood with all the milli naghmay it features such as ‘Watan Ki Matti’ by Nayyara Noor, ‘Itnay Baray Jeevan Sagar’ by Allan Faqir, ‘Pakistan Pakistan’ by Ustad Nusrat Fateh Ali Khan, and the famous war song ‘Jaag Raha Hai Pakistan’.

Every song taken from history is treated with music aligning with its context. Coke studio begins ‘Ao Ehad Karain‘ with a softer take as it opens with ‘Watan Ki Matti’ followed by ‘Itnay Baray Jeevan Sagar’. However, the song picks up pace for ‘Jaag Raha Hai Pakistan’, a famous song that was released during the 1965 war. The international award-winning 52-piece GHQ Brass Band of Pakistan can be seen playing the very song in front of the Pakistan Monument. Their uniforms and music are a fond recollection of the feel most taranaas of Pakistan have in them.

The band is accompanied by a choir of young urban singers for the chorus of the revered song. Not only does the coming together of young and seasoned musicians highlight a tribute today’s youth pays to the ones who made Pakistan what it is today but also points at today’s generation taking the classics of yesterday to culminate it into something that resonates with present-day listeners.

Several different musical instruments come together in harmony, just as much as Pakistan would like its people to, without erasure of distinctiveness.

The whole journey through this song was so soothing yet was giving me Goosebumps. This collaboration between ISPR and Coke Studio has made this special Day alot more special!#AoEhadKarain#CokeStudio

The objective of ‘Ao Ehad Karain’ seems clear: to bring together different ethnicities and histories and harmonize them to a single tune. The song urges us to “Begin Again” since there have been pretty rough notes along the way. It is never too late to start over and complement one another.

Kami Paul takes over the drums. Pakistan’s traditional instruments are a key feature of the music as Rakae Jamil takes over surbahar while also handling a synthesizer. Babar Khanna handles the more eastern percussion instruments such as Matka and Dhol. Sannan Mahboob plays the Rabab, as Annan Naukhez gives a more modern touch with his guitars alongside Zain Peerzada and Luke Azariah. The bass is handled by Farhan Ali.