Sanam Jung, Nadia Khan talk about pressure of public eye on their marriage

On a recent episode of Time Out with Ahsan Khan, the two morning-show hosts talked about the public's involvement in their personal affairs 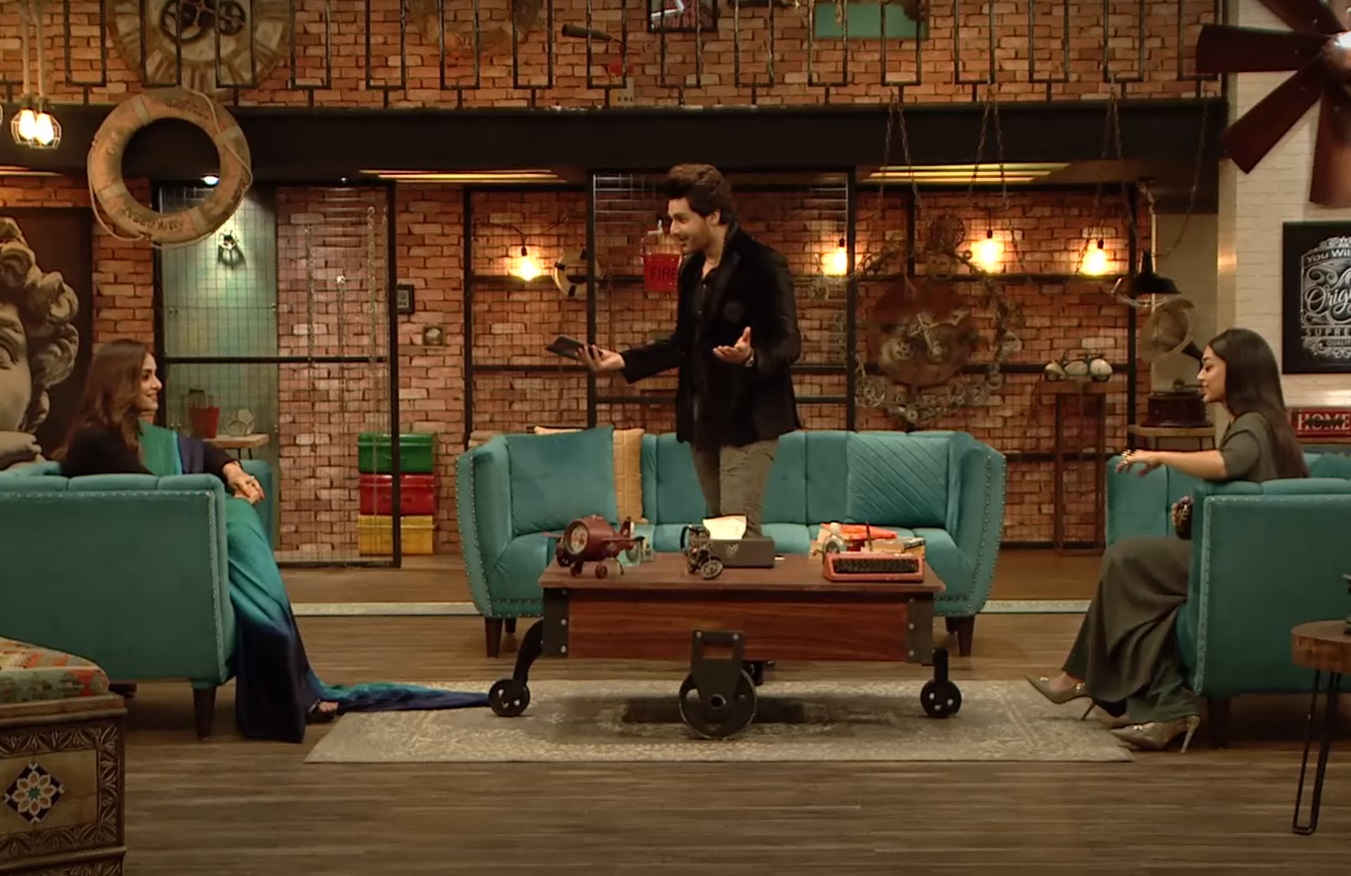 KARACHI: Being a celebrity can take a massive toll on your personal life. While love and appreciation from fans can be a highly motivating factor, there can be various forms of involvement that can make things difficult. In Pakistan, where most people are quick to take public figures as public properties, criticizing, trolling, and often posting intrusive and hateful comments on their social media can make life pretty challenging. This is exactly what Nadia Khan and Sanam Jung discussed in a recent episode of Time Out with Ahsan Khan, where the two talked about their respective marriages, and the public’s involvement in them.

Sanam Jung, currently in a long-distance marriage with her husband who does not reside in Pakistan, revealed that her followers on social media were quick to assume a separation. This happened after a user commented on how she never puts up pictures with her husband, to which another replied saying they have been divorced. Another user quickly chimed in stating how it has been three days since their divorce. Quickly questions started pouring in asking why the divorce has happened and the matter escalated until Jung had to upload a picture with her husband for clarification.

On the other hand, Nadia Khan talked about how fast-paced her marriage was. Invited over lunch, she did not expect an engagement to happen the very same day. “I first heard from him in September. Before September 2020 I did not even know who Faisal was. We were in Dubai at the same time but never met. We lived at a distance of a ten minutes walk in Pindi since childhood but never met,” said Khan, talking about how she met her husband. “I even met his father in the 90s, his father was the Director of current affairs in PTV. When I met him, I could not have imagined how different things would be twenty years later.”

“I was enjoying my freedom of not posting or reading comments. Not being bothered. Everything happened pretty fast with my marriage. I went to Pindi and he and his family met my father. The next day they invited me over lunch and I was given a ring. I was not even prepared for it. I was now engaged! Two weeks later I got married. But the news broke out regarding my engagement. The topic of my engagement was still hot, so I decided I will not post pictures from my wedding too soon. We’ll wait, till we discovered that my picture had been leaked,” stated Nadia Khan, adding that she wanted things to settle down for a bit before she goes public with her marriage.

“If you want to know where I stand in my life, look me up on YouTube and you’ll find fabricated stories about my married life,” added Nadia. “There are people hiding in their blankets, passing judgments on my life, ensuring their face is not revealed in their videos.”

“I feel like children should be taken consent from for their parents’ marriage,” stated Nadia. “They should meet the person before you finalize something.” However, Ahsan Khan wondered why children go against their parents marrying a second time in the first place. For this, Jung explained how this attitude has been shaped by much of what we see on television. “At this point, lives of normal people have stranger things going on in comparison to people from the showbiz,” added Nadia.

Nadia Khan also added that her husband’s children from his former marriage and her own have met each other and the two only married after their children gave them their consent. She also lamented how people have been critical of her adopting Kiyan (one of her sons). “People had an issue with me adopting Kiyan because I had my own children. I am not answerable to anyone and Kiyan is my life.”

If only people could understand this and start minding their own business!