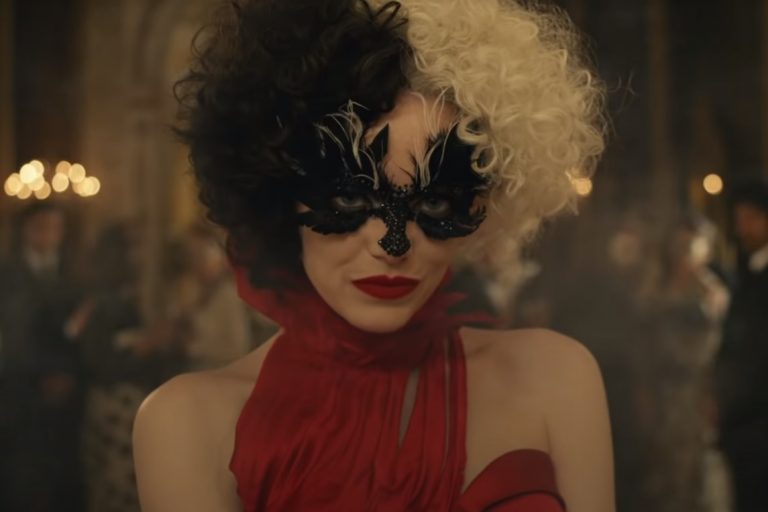 KARACHI: In 1996, Disney released 101 Dalmatians, a live-action version of the 1961 animated adventure-comedy of the same name. Both these films show Cruella as a character who stays true to her name – she is cruel. But she is also highly fashionable. This time, Disney has released its trailer for the upcoming Cruella, a film that gives the villain her own backstory and sees her as the protagonist.

As narratives now work in more grey areas, than black and white, it is key to explore what makes villains the way they are. While one must not see the narrative as a justifying pointer behind someone’s evil, it should prompt them to understand that behind every evil motive is an arc that shifts one’s character.

Emma Stone has been cast as the new Cruella by Disney, sporting half black, half white hair in the trailer, along with a heavy smokey eye and bold lips. She is also given a mole on one of her cheekbones – a classic identification mark when it comes to Cruella. The look overall pays homage to the mid-70s punk rock era.

Like her former versions, Cruella de Vil is an extremely wealthy fashionista who runs The House of De Vil. Skinning rare animals like the white tiger from the London Zoo, to make herself fur coats, Cruella will go to lengths to make herself look fashionable. As the evil inside her grows, she even steals 101 Dalmatians to produce more coats for herself.

CRUELLA straight-up looks like a Kubrick film I'm not even joking. pic.twitter.com/FAKYEfkrMt

According to Rolling Stones, the film is set to release by the 28th of May. While fans anxiously wait to see what went wrong with Cruella, one cannot deny the conversation Disney is trying to spark up with this one. Perhaps the ethics of fashion and a subtle dig at products that are not cruelty-free. Cruella literally embodies cruelty – a term used frequently when it comes to fashion and beauty with animal testing, skinning, taxidermy, etc. As the world moves towards fast-fashion, often frowning upon the repetition of clothes, more animals are harmed to ensure ease with the supply and demand chain. Not only this, all the wasted cloth, and clothes worn and discarded later by consumers fill up landfills. According to BBC, globally, an estimated 92 million tonnes of textile waste is created each year.

What makes us become so cruel in our vanity? Why do we end up taking away so much to momentarily steal the moment? Is the amount of sustainable fashion we try to carry out today enough? It is time we looked for these answers, and what better way of posing the question than make a film about it!