The designer tackled the issue of dowry that pertains to women and marriage in Pakistan, as he showcased his recent collection, Numaish 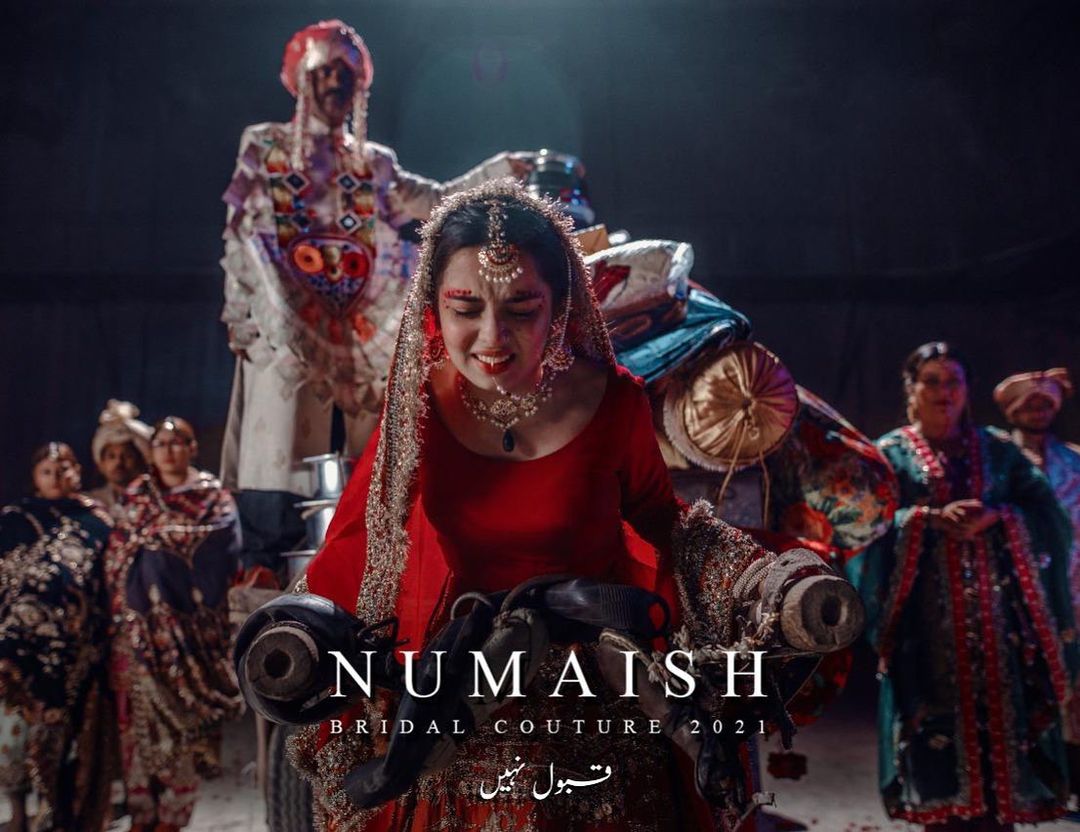 KARACHI: Weddings are happy events that bring families closer, reflect culture and tradition running through the vagaries of several generations of a family, and celebrate two people coming together, to form a distinct bond of companionship. However, in Pakistan, too often a wedding remains a wedding, without transcending itself into a marriage. Superficially, it looks as regal as any other eastern shaadi but internally, it is deteriorating and usually harming the woman of a couple the most. Ali Xeeshan studio aimed to highlight just that, during the exhibit of his recent collection – Numaish, through which the designer addresses the issue of dowry.

The collection effectively used the ramp as a podium for awareness, where female models in his bridal collection carried props like cars and a trolley of goods at the Pantene HUM Bridal Couture Week 20 Day 3. The collection highlighted the weight of dowry placed on the shoulders of the bride that turns an extremely awaited, happy occasion into a tense one. Not only does the ritual of dowry place immense responsibility and financial burden on the bride’s parents, but also leads to a number of crimes that occur on a regular basis against women, such as domestic abuse, acid attacks, marital rapes, dowry deaths, etc.

A law imposing restrictions on dowry was passed in 2008 called the Dowry and Marriage Gifts (Restriction) Bill. It restricts dowry to PKR 30,000 and allows the total amount of bridal gifts to be limited to PKR 50,000. It also prohibits the groom’s family from making demands for a dowry, as well as its public display. There have been a number of similar laws in the past such as the anti-dowry laws of 1967, 1976, and 1998, as well as the Family Court Act of 1964. All these laws have been proven ineffective with their lack of implementation. The only way out seems education and awareness.

The fashion film, directed by Abdullah Haris for Numaish – by Ali Xeeshan aims to inculcate the idea that investing in a woman’s education not only mitigates any potential risks she is to face at the hands of her marriage in the future, it also removes the ‘transactional’ aspect of marriage through dowry. A strong empowered woman marrying because she wants to is a happier occasion than the event of a marriage where the woman is forced out of her will to marry someone who cannot accept her on her own. Ali Xeeshan pushes forward the idea, that an educated woman who knows her rights is a far better investment than investing in material goods given in dowry that might burn out with time.

“Shedding light on the epochal and alarming issue of families fretting over saving money for their daughters’ dowry (Jahez) instead of their education that is far more important. It’s time to put a stop to this overburdening tradition!” reads the description for his fashion film for Numaish.

Here is to hoping, more designers use their platform as a means of awareness for social issues like Ali Xeeshan does!