"For me the Bollywood version is a disservice to the song’s meaning and the culture it comes from", Zeb Bangash pens down for Scroll 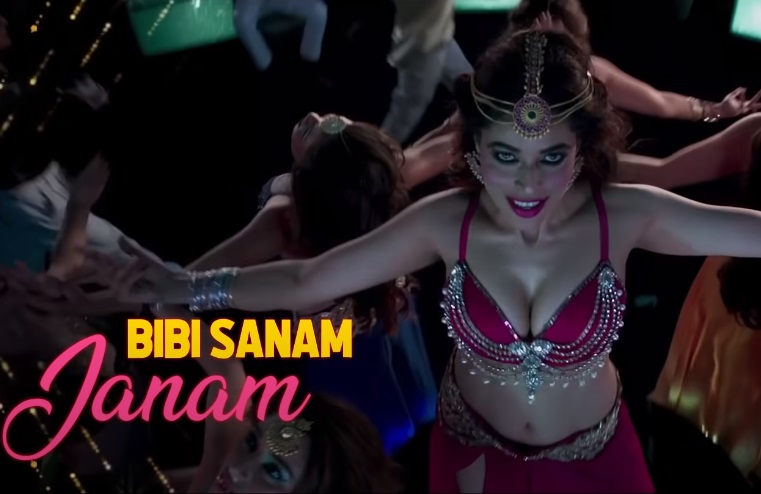 KARACHI: It is not the first time that Bollywood has taken a classic and turned it into something displeasing. Music for eons has been a means of expression, transmission of culture and art, and a way of documenting something that holds value to its creator. However, ever since commercial cinema has seeped its way through the industry, in both Pakistan and India, music has become a source of mere entertainment. It would not be as bad, had music continued to serve other purposes along with being entertaining, but commercial cinema often scrapes off the superficial aspect of it, and what is left of it is nothing more than a groovy beat. Singer Zeb Bangash mirrors the aforementioned thoughts after listening to Bollywood’s rendition of Bibi Sanam.

The recent version of the classic left many disappointed, but Zeb Bangash has been trying to be more vocal about her disappointment over Bibi Sanam Janam by T- Series. The original was a duet performed by Haniya and Zeb with sound Persian lyrics pronounced in their rightful accents. The song was composed by none other than Rohail Hyatt, who incorporated the Dari style of Afghani music for the folk song.

“From the moment my cousin Haniya and I released our version of Bibi Sanam on Coke Studio, it resonated with people from Kabul to Kolkata and beyond, becoming one of our most-loved and celebrated numbers,” wrote Zeb Bangash for Scroll. “Its success spawned many other versions on YouTube and it was a delight to see and hear people from all over the world engaging with the song with so much love.”

The singer then talked about her own expectations from the recent version of the song. “Two days ago, I came across a recently uploaded Bibi Sanam video from a Bollywood film. The film was completed a few years ago, but I hadn’t heard of or seen it. I was eager to see what space had been carved out for this beautiful folk classic by the multi-billion dollar industry we all follow and participate in so actively.”

She went on to describe how the singers behind this new version are women who she has looked up to for their stances against the objectification of women. “The names attached to the project heightened my excitement. Usha Uthup, whose beautiful spirit and voice has inspired me since childhood, and Richa Chadha, an actor I respect as someone who stood up against objectification of women on the silver screen.”

She shared her disappointment as she commented, “When I finally heard the song, I was unsettled, disappointed by its re-imagining. I could not find Richa’s spirit or Usha’s voice in the song, neither could I find the soul of Qandahar, Tajqurghan, Kabul Jaan, or Sisstaan — all the places the song has referenced,” she said.

Just discovered there's a bollywood item song version of Bibi Sanam Janam 🤯 I had to go wash my eyes and ears thirty seconds in. DON'T GOOGLE IT.

She elaborated further on how a film’s music has a role to move the narrative forward. “Instead, the song was forcibly put in a place it was never meant for. I must admit it deeply disturbed me to see a cover of our loving tribute/rendition juxtaposed against the general ongoings of a forgettable Bollywood item song. What was infused into the innocence, the freshness, and sweetness of Sistaan is unwanted aggressive sexuality. Sadly, it felt perhaps for the first time a version has compromised the beauty of an ancient poetic, musical and spiritual tradition.”

The objectification of women in Bibi Sanam has left Zeb Bangash extremely uncomfortable as she added that “the latest Bollywood version depicting gyrating women dancing around poles raises a stream of uncomfortable questions.”

“Bibi Sanam has always possessed a mesmerizing quality, magic kept alive for centuries, by artists and audiences, meshed with their personal memory, experience, and history. For me the Bollywood version is a disservice to the song’s meaning and the culture it comes from,” she penned down.