"Some of them shoot our videos during the campaign and then blackmail us." 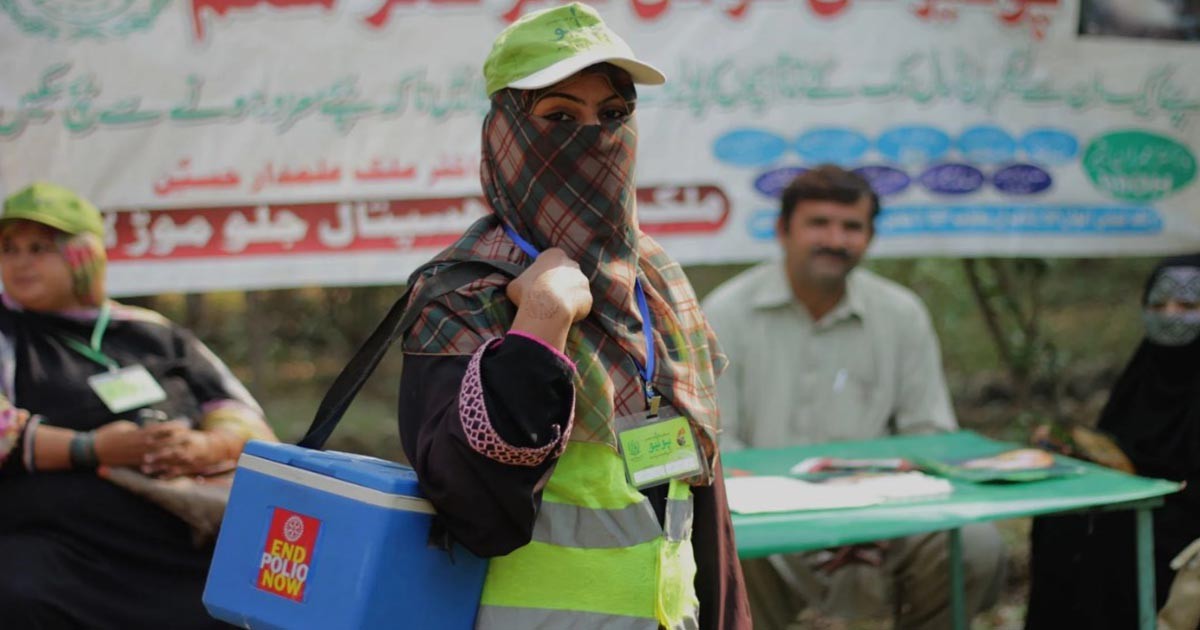 KARACHI: Harassment is an issue taken most lightly in Pakistan. Women have experienced harassment to such an extent that according to the founder of Madadgar National Helpline, at least 93% of all Pakistani women face harassment in public once in their lifetime.

The statistics paint a worrying picture of how women in Pakistan are treated. Workers striving to rid Pakistan of polio have been victims of murder in KPK and rather recently harassment as well.

According to a report from Tribune, female polio workers that belong to the Hayatabad Union Council protested against the harassment they faced at the hands of their senior officers on Saturday. During the protest, workers alleged that their own senior officers often call them after their shifts and ask them to meet.

“They call us and direct us to meet them any time and if we do not oblige by their demands, they begin threatening us with removal from the service,” said the polio workers. “Some of them shoot our videos during the campaign and then blackmail us.”

The workers also demanded that the health minister and KPK government take notice of this situation and ensure their safety, recognizing them for the important component they are for the polio eradication campaign. Should there be negligence, more female polio workers will opt out of the vaccination campaign and join the protest.