Chaap trance by Khumariyaan is a much needed ‘trip’ to Balochistan

Who would have thought Balochi music could have a psychedelic angle too? 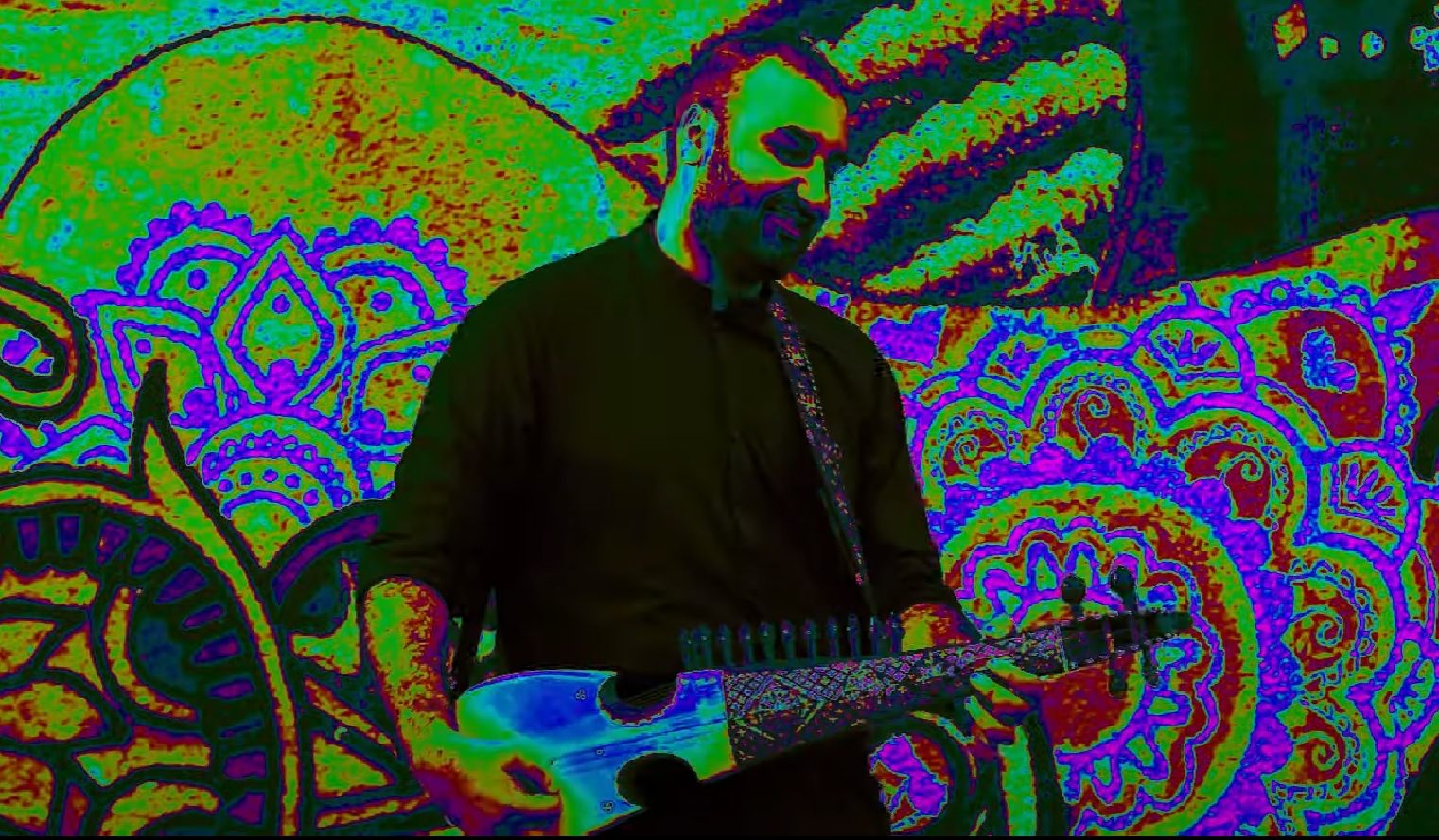 KARACHI: Khumariyaan, a band that has used heritage to fuel its music has rolled out another masterpiece. In a meshwork of modern rock music blended together with the sounds from traditional instruments like rabab and sarod, Chaap Trance by Khumariyaan is a complete audiovisual treat. The song also pays homage to throat singing, which is signature to Balochi music, and offers experimental editing techniques in the video.

The song is a joint feat of Khumariyaan, Bujla Bugti, Haider Ali Bugti, and Roomi. Created under the flagship of Heritage Live, it is an initiative of the Foundation of Arts Culture and Education, and Pakistan Poverty Alleviation Fund. The aim of this is to empower indigenous musicians through training and workshops that work on a Maestro-Apprentice relationship. Through this, the initiators hope to improve the social and financial conditions of these talents while also bringing the heritage and culture of Pakistan to centerstage.

With sharp vivid colors over inverted footage of the musicians jamming to the song, there are occasions when you’re completely consumed by what you witness. With kaleidoscopic imagery, the edit of the video takes simple clips and churns out a “trippy” compilation in the final video.

The richness of Balochi Music

The song incorporates the essence of psychedelic rock and the richness of Balochistan’s culture. But why does Balochi music have the kind of impact that it does and where does it derive its richness from?

Sharing its borders with Iran and another province with the same name (Sistan), Balochistan enjoys a substantial position when it comes to the transmission of arts. The two provinces hence share similar musical instruments as well. With most Balochi songs sung in Balochi or Brohi, the music has often faced detachment from the rest of Pakistan which either widely speaks Urdu, Punjabi, Sindhi, or Pashto. Songs like Chaap Trance from Khumariyaan not only brings the nation’s youth towards Balochi music but also brings attention to the languages it incorporates.

Other than its origins from ancient Persia when it comes to its string instruments, Balochi music also heavily relies on its beats. With unique time signatures that are mostly unheard of when it comes to commercial music, Balochi music borrows not only from the northern cultures that often touch KPK but also from its Sheedi community. The Sheedi community comprises descendants of the Bantu tribe from Southeast Africa. With their ancestry, they also harbor a love for rhythm in their veins.

Read: Flavours of Balochistan: 5 famous foods you must try

Although Khumariyaan in its song simplifies the richness with a simpler beat and a modern take, one cannot deny the essence of Balochi beauty carved through generations of instruments and stories.