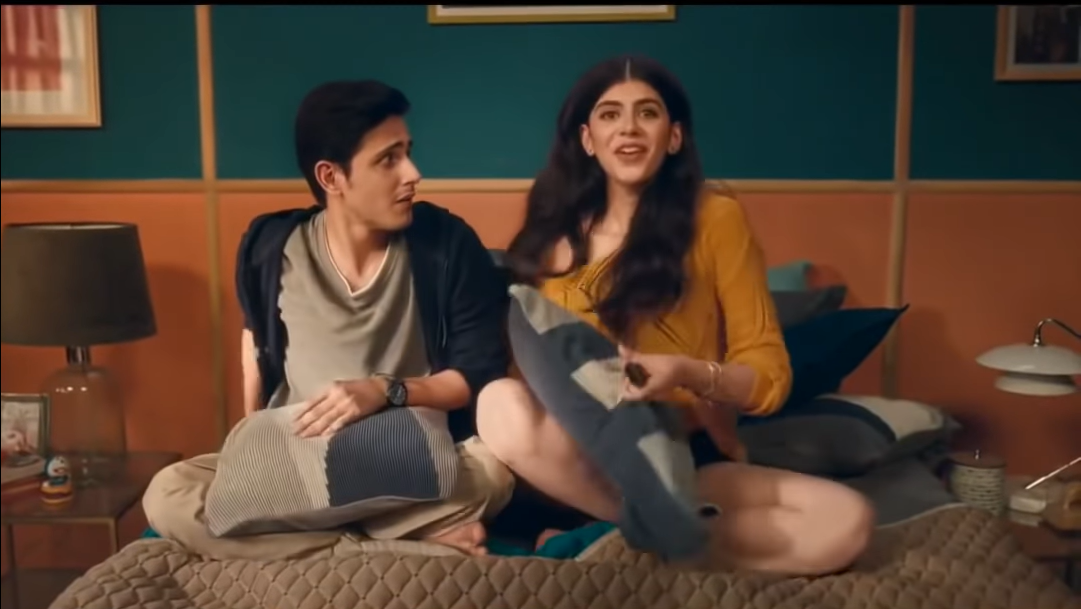 KARACHI: Sanjana Sanghi rose to fame after her debut role in the Bollywood movie Dil Bechara. The film got special attention because it was Sushant Singh Rajput’s last movie to be released. However, Sanjana Sanghi, who was previously highly praised, has been under attack on Twitter for her new ad. The Lionsgate Play advertisement features Sanjana Sanghi and a man who the former slaps 8 times before deciding which show to watch. Though the advertisement is meant to be entertaining, Twitter has pointed out how it promotes domestic violence against men, a issue which is rarely talked about. In South Asian societies, domestic violence in general goes unaddressed.

Bollywood actor Pooja Bedi was one of the first to call out the ad. “Absolutely HORRIFIED 2 watch this advt. Domestic violence against men is NOT acceptable. What if a man was slapping a woman in this advt? This should NEVER CLEAR an advertising board! #men have rights!” she wrote on Twitter.

Absolutely HORRIFIED 2 watch this advt. Domestic violence against men is NOT acceptable. What if a man was slapping a woman in this advt? This should NEVER CLEAR an advertising board! #men have rights! #domesticviolence@sharmarekha @smritiirani @DeepikaBhardwaj @amitdeshmra https://t.co/9yph7VMuAw

The rest of Twitter was quick to interpret the ad as well and expressed their disappointment in Lionsgate Play.

@sanjanasanghi96 do you think the Lionsgate ad you featured is appropriate? Is it funny slapping a person on screen? Don't you think your act in the ad promotes domestic violence?

@lionsgateplayIN and @sanjanasanghi96 must apologize for this utter rubbish, deplorable misandrist ad. Shame kn them for promoting domestic violence against men.https://t.co/SoAyVn7fWx

Lionsgate Play seems to have removed the video from Twitter but it remains available on Youtube for the public to watch. However, the problem is not an isolated one. While Sanjana Sanghi and Lionsgate Play may be under fire for their new ad, Pakistani media, too has been creating content which is inappropriate. Local dramas, specially, have been glorifying abuse. Perhaps it is time that media and actors all over the world recognizes their position and use their influence positively.