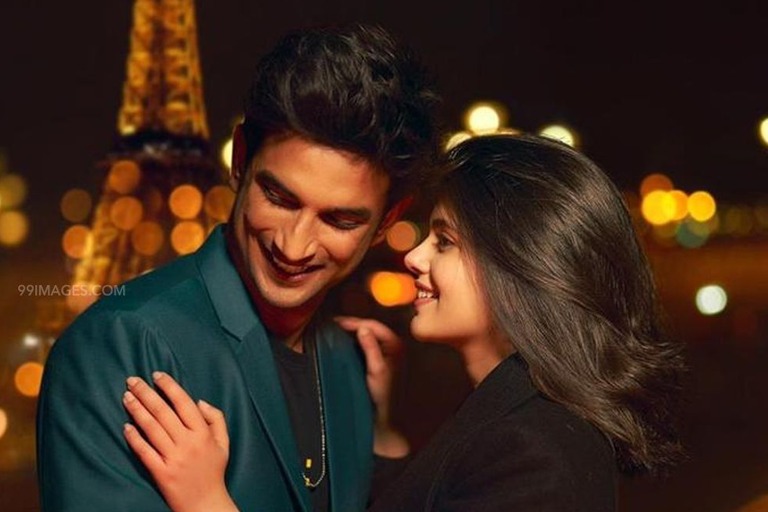 KARACHI: Sushant Singh Rajput’s death left people all over the world devastated and in utter disbelief. For most, if not all, the loss felt very personal. As a tribute to the artist and a last treat for his fans, Rajput’s last project, Dil Bechara, which was to release only a few weeks after his death was made available for people all over the world to watch for free on Disney + Hotstar.

Based on John Green’s novel The Fault in our Stars, the movie tells the story of Kizie (played by Sanjana Sanghi) and Manny (Sushant Singh Rajput), two cancer patients who fall in love with each other.

Dil Bechara may have been Mukesh Chhabra’s directorial debut with a script that most were already familiar with, but the way that he made it his own was amazing. From introducing new faces to the screen, all of whom performed their roles very well, to making the viewers laugh and cry within a matter of minutes, Chhabra did a commendable job. Sanjana Sanghi, too, delivered a promising performance in her debut lead role.

My Manny, I hope you’re looking over us, blessing us, and smiling upon us as we are, looking up at you, searching for you, in equal parts awe and disbelief. As @castingchhabra so correctly said, how could both our debut films ever be his last? Life is just so not fair. Thank you for giving us the strength in ways known and unknown to somehow brave through this incredibly tough path. We can feel the strength every minute. It’s the only silver lining amidst so many dark clouds. The day apparently has come. It’s #DilBecharaDay Here’s praying for peace, positivity and calm to each and everyone. Milte hain. Jald. @roo_cha thank you, for everything.

Now let’s talk about the star of the movie, Sushant Singh Rajput. One cannot be sure if it was Rajput who brought Manny’s character to life, or vice versa. Either way, the energy that the artist brought on screen, the variety of emotions that he expressed and allowed his fans to feel as well goes unmatched. The most heartbreaking moment comes at the end of the movie when Manny’s friends and family are watching his movie together after he passes away, the same way Rajput’s loved ones gathered a few days ago to witness the star come to life one last time.

Perhaps the only shortcoming of the movie was its title track whose lyrics did not seem to be as well thought out as the other aspects of the project. However, the choreography and execution of the song was a visual treat. And the fact that it was a one-shot sequence rehearsed and recorded in a total of 1.5 days is commendable.

This song is particularly close to me because it was the first time i was choreographing Sushant.. we were friends for a long time but never worked together.. i had also promised Mukesh chhabra that whn he makes his directorial debut I would do a song for him.. i wanted the song to b done as a 1 shot song because i knew Sushant would b able to do it perfectly.. i remembred Sushant had once come to a reality dance show that I was judging as a celebrity guest and that's the only time the celebrity guest danced better than the contestants on that show.. we rehearsed a whole day n then finished shoot in half a day ! As a reward for nailing it perfectly all Sushant wanted was food frm my house which i duly got for him..i see the song n all i can see is how Alive, how happy he looks in it.. yes this song is very special to me.thank u @castingchhabra for including me on this journey of urs. https://bit.ly/DilBecharaTitleTrack. Watch on my INSTASTORY pls… #missusushantsinghrajput

It is no surprise that Dil Bechara sits on IMDB with a rating of 9.4, the highest for an Indian movie. The credit cannot be given to one particular person, rather the whole team deserves to be applauded for their work and simply for capturing Rajput in his essence one last time.