Amongst the other winners were Joey King, Ellen DeGeneres, Justin Bieber and Ariana Grande 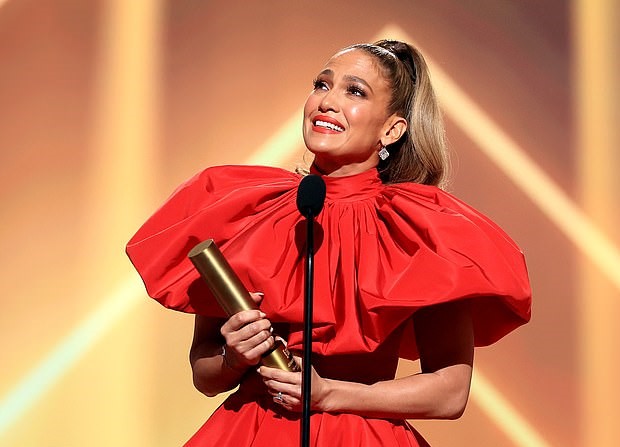 KARACHI: Socially distanced award shows have become the new norm. With COVID-19 still spreading around the world, the entertainment industry has resorted to socially responsible shows, be it locally or internationally. The latest awards show to go partially virtual this year was the People’s Choice Awards 2020. Going live from Santa Monica, California, the show was hosted by Demi Lovato.

The highlight of the night was Jennifer Lopez’s win as People’s Icon 2020. From the Super Bowl performance earlier this year to her accomplishments as an actor and a Latin woman, Jlo’s journey has been about perseverance and going after what you want. Her acceptance speech highlighted the same.

Better walk, better walk that walk, baby! 🎶🎵 @ddlovato SHOWED UP as the host of the #PCAs! pic.twitter.com/Eaf9Gzjcr0

“As a Latina and as a woman, we have to sometimes work twice as hard to get the opportunity. Sometimes my big dreams and my ambitions made the people around me nervous people would say you’re a dancer, you can’t be an actress. The more they said I couldn’t, the more I knew that I had to,” said Jlo in her acceptance speech. “So now here I stand, so very grateful, knowing that the true measure of my success is not in box office numbers or records sold but from the love that I feel from all of you and yes, I feel it.” The Icon also left a motivational message for other girls of different races and age groups watching her.

Ariana Grande and Justin Bieber took home the awards for Artist of the Year in their respective categories. The latter was also one of the performers of the night, featuring two of his latest songs, Holy and Lonely.

Amongst other winners were Netflix’s Riverdale, The Kissing Booth and Never Have I Ever. Reality show winners for the night were Keeping Up with the Kardashians (The Reality Show of 2020), The Voice (The Competition show of 2020) and Ellen DeGeneres Show for best Daytime Talk Show of 2020.