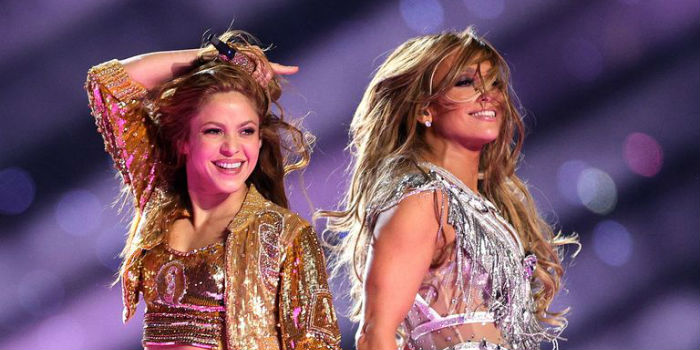 Jennifer Lopez and Shakira brought down the house last night with their performance at the Super Bowl half-time show in Miami.

50-year-old Lopez and 43-year-old Shakira made history as the first two Latinas to perform on the coveted stage. According to reports, this was also the first time two women performers over 40 took that stage together.

Shakira began the performance She Wolf, Ojos Así and the 2002 hit Whenever, Wherever. She closed it with the popular Hips Don’t Lie.

Lopez started her set with Jenny from the Block, followed by Get Right and Waiting for Tonight – a treat for anyone around the 2000s music scene. Another important detail: she performed, rather flawlessly, on a stripper pole.

The most touching part of the set was Lopez singing with her daughter Emme Maribel Muñiz, as the stage lit up with the symbol for, while Shakira played the drums. The song they performed was a mashup of Let’s Get Loud and Bruce Springsteen’s Born in the U.S.A – a nod to Dreamers and immigrants. Many also noticed that the kids performing with them on the stage were in what looked like small cages. This stage was also lit in yellow and purple lights, a tribute to recently deceased LA Lakers player Kobe Bryant.