Having made it to the festival as 'Red - The Colour of Love,' it bagged the Best Music Video trophy at the ceremony that took place online 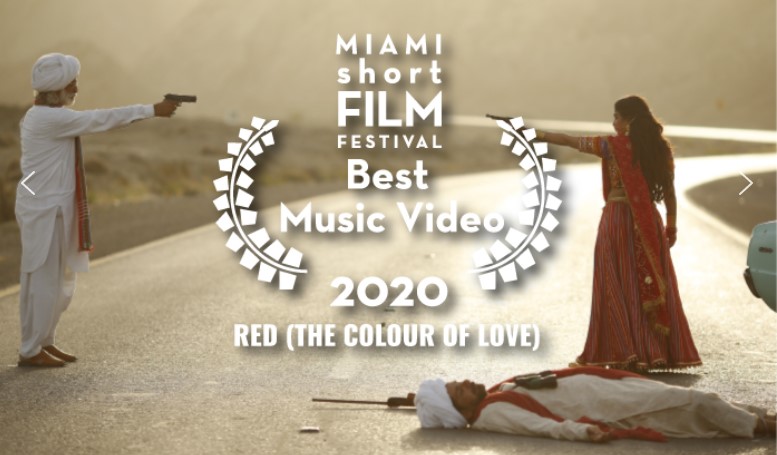 KARACHI: We reported earlier this year that music video, ‘Ki Jana’, got nominated at the Miami Short Film Festival and Bucharest Film Awards. Nabeel Qureshi worked on the visuals of the video in collaboration with Shani Arshad. It’s a narrative-based video, featuring Sonya Hussyn. According to latest reports, the video has won the Best Music Video award at the recently held MIAMIsFF 2020. ‘Ki Jana,’ directed by Nabeel Qureshi was submitted as ‘Red – the colour of love’.

Nabeel Qureshi gave his acceptance speech online after the award for ‘Ki Jana’ was announced. He said, “Thank you so much, it is very humbling. I am grateful to my team who participated in the realization of this award. Also, thanks to the jury of Miami Film Fesrival. It is amazing how filmmaking can be the sharing bridge between nations, people and stories such as ‘Red’.”

The festival is featuring over 70 short films and other exciting content.

In addition to the music video, Nabeel Qureshi has lately been making headlines for Quaid e Azam Zindabad. The film that was postponed due to Covid-19, he announced to release it in December 2020. However, given the second wave of the virus and news surrounding another lockdown, we don’t see it happening. Let’s wait and see how things unfold for cinema in the coming days.