Although Pfizer announces positive results of its vaccine trials, the vaccine might not be suitable for Pakistan, according to Chairman of Prime Minister’s Taskforce on Science and Technology Dr. Atta ur Rehman 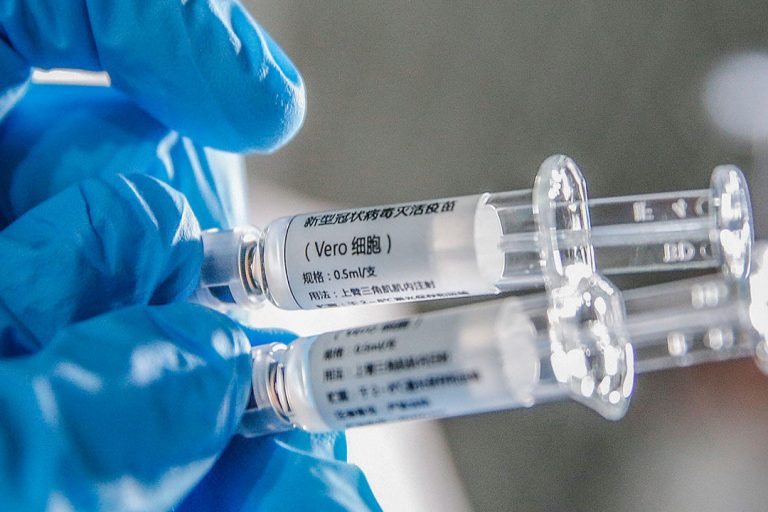 2BEHRJJ (200414) — BEIJING, April 14, 2020 (Xinhua) — A staff member displays samples of the COVID-19 inactivated vaccine at Sinovac Biotech Ltd., in Beijing, capital of China, March 16, 2020. China has approved two COVID-19 inactivated vaccine candidates for clinical trials, according to the State Council joint prevention and control mechanism against the coronavirus Tuesday. The two vaccine candidates are developed by Wuhan Institute of Biological Products under the China National Pharmaceutical Group (Sinopharm) and Sinovac Research and Development Co., Ltd, a company based in Beijing. ClinicalSource: Sciencemag.org

KARACHI: The world celebrates as Pfizer takes the lead in the global race to find an effective vaccine against the novel Coronavirus. One of the world’s most renowned drugmakers, Pfizer gave the world the good news of being able to finally develop the vaccine it had been waiting for this Monday. The vaccine is robust against the novel Coronavirus and shows more than 90% effectiveness. This is an extremely promising development to a world that lost about 1.2 million people to the coronavirus pandemic.

According to New York Times, Pfizer has worked alongside the German drugmaker BioNTech, and only sparse details have been released from the first clinical trial of the vaccine after a formal review of data by a panel of experts from outside.

Pfizer plans on asking the Food and Drug Administration for emergency authorization of the two-dose vaccine after collecting the recommended safety data of two months. According to its executives, by the end of 2020, the company plans on manufacturing enough vaccines that can immunize 15-20 million people.

“This is a historical moment,” said Kathrin Jansen, a senior vice president and the head of vaccine research and development at Pfizer.

While the news has been groundbreaking, Dr. Atta Ur Rehman, Chairman of Prime Minister’s Taskforce on Science and Technology believes it is too early for Pakistan to celebrate. Pakistan had re-emerged from its first lockdown, only to see a surge in its coronavirus cases recently.

“This vaccine is not suitable for Pakistan in my opinion,” he told Geo Pakistan on Tuesday.

The vaccine must also be taken in two doses, which according to him makes it unreliable. “The third biggest problem is that you do not know how many days it is effective,” said Dr. Rehman. He said that at the given moment, no “evidence, or any result” has been seen by Pfizer and BioNtech to determine its effectiveness.