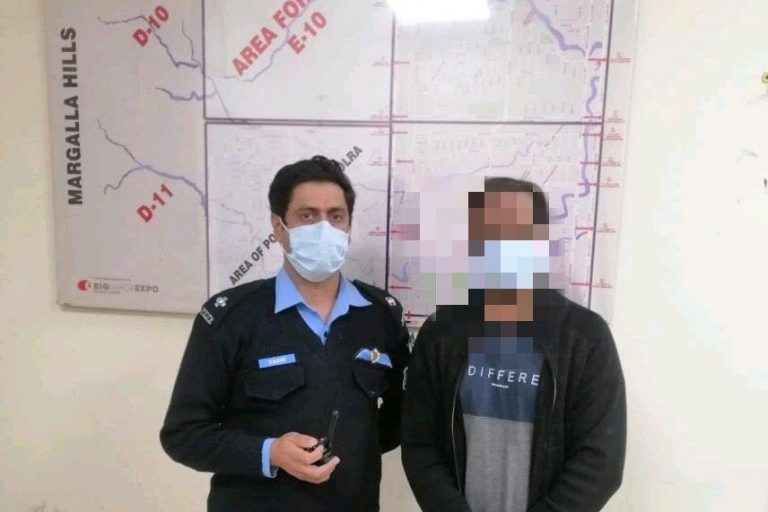 KARACHI: A video was recently making rounds on social media in which a male employee of Faysal Bank Limited was seen groping a female colleague. The act of violence was carried out by a man named Usman Gohar working at a branch in Islamabad.

After the video was leaked, people from all over the country raised their voice against the crime.

Just saw the disgusting video of Faysal Bank's employee sexually harassing a woman at workplace. I demand Faysal Bank to take action else Im going to close my account at bank and asking everyone around me to do same. @Faysalbankltd#Sexualharassmentunacceptable #FaysalBank

#FaysalBankHarrasment It should he clear that no girl digests an act of harrasment. If the girl didn't react, it does not mean state should not too. Faysal Bank is not fit to operate as a company and they must close their shop. Police and civil society must make sure.

Shukar hai there is a video of Faysal Bank incident. Warna had the woman spoken up on her own against it, Ali Harasszafar k 50 hazar supporters ne sab se pehle poochna tha 'wHerE is The eVideNce?'

Faysal Bank Limited, too, was quick to take action against its employee. Releasing a statement from their official account, the bank stated that workplace harassment is strictly against the strong value system, ethical standards and professional work environment of the organization.

Faysal Bank strongly condemns such individual act of unprofessional behavior and #workplaceharassment by an employee, which is contrary to the strong value system, ethical standards and professional work environment being maintained by the Bank for all its employees. #UsmanGohar pic.twitter.com/heykyjDHBc

“We would like to inform that the identified employee has been terminated effective immediately and all necessary actions are being taken against him in line with our code of conduct, HR policies and other legal requirements,” the statement read. “We would also like to confirm that contrary to the circulating post, the involved employee is not a branch manager.”

The bank further expressed regret over the act and promised to have zero tolerance for any sort of workplace harassment.

Usman Gohar, on the other hand, was reported to be arrested on Sunday. The news was shared by Shireen Mazari who uploaded a picture of the criminal with a police officer.