While many have been commending the ode to the metropolis, others are saying that the new ad looks and sounds oddly familiar 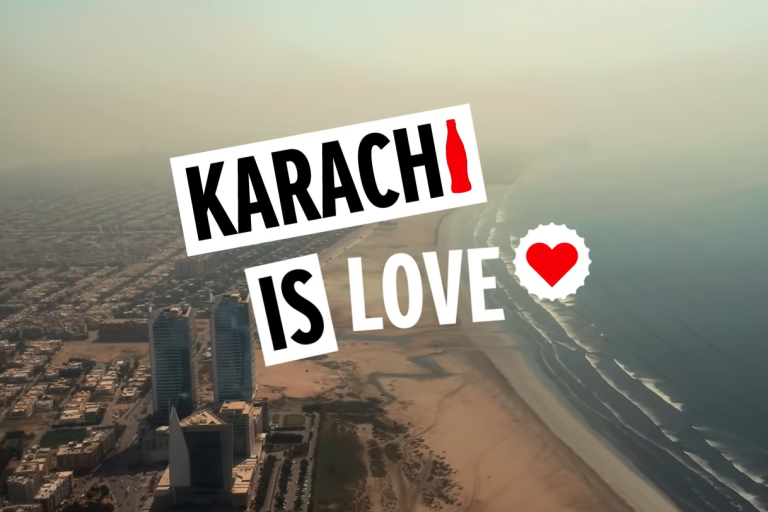 KARACHI: Coca-Cola has always been a creative brand when it comes to advertisements. Whether its the visuals, the direction, or simply the concept behind the ad, Coca-Cola has nearly always hit the nail on the head. Most recently, Coca-Cola released a new song, Karachi is Love, as a tribute to the city and its people. Prior to the release, the streets of Karachi were also decorated with red billboards as a part of the marketing campaign.

The people of Karachi are emotional and regardless of how many difficulties come their way, the city holds a special place in the hearts of its residents. Naturally, the song also sparked sentiments of the audience as the video took us around the city in 90 seconds. From the street food to the sea, to simply the spirit of the people of Karachi, the video captures the essence of the city beautifully. The cherry on top is the catchy beat of the song combined with rap.

However, once the song was released on social media, listeners were left curious and confused for the end credits of the video or the post itself had no mention of the team behind the song. While most were able to guess that the vocals have been provided by Talhah Yunus and Ali Hamza, it was only under the comment section on Facebook that Coca-Cola revealed that Hamza has produced the song also.

Some users also pointed out the striking similarity between the new song by Coca-Cola and the one released by Careem in February 2020, both of which have been dedicated to Karachi.

Coke recently launched its Karachi's rap song. But we have already seen something very similar before back in February by Careem.. Coincidence? 🤔 https://t.co/JLaH03KmEu

Directed by Nabeel-Ur-Rehman, the Careem ad also involves a rap song, aerial shots of the streets of Karachi, followed by the mention of its popular street food. Is it a coincidence that the two advertisements have such similar storylines, or was Coca-Cola inspired by Careem? The Internet has also not failed to acknowledge that the direction behind both videos is a rather basic one, and that a video featuring the most popular landmarks and food streets of Karachi is not a foreign concept.

Either way, Karachi is Love has managed to attract the attention of its audience and has people appreciating the metropolis after some dark times that the city has recently seen.