I was the most trolled person in the entire world in 2019: Meghan Markle

In a podcast, Markle revealed the struggle that comes with being under the spotlight and being followed around by press 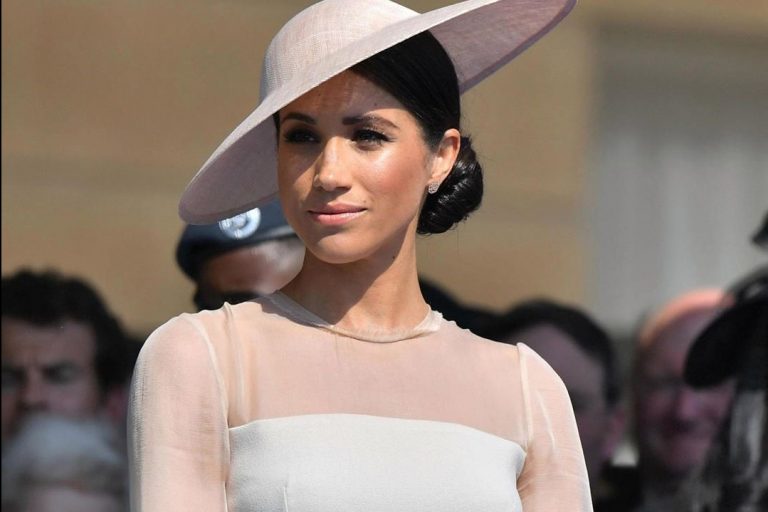 KARACHI: World Mental Health Day is observed on 10th October every year and many public figures indulge in dialogue surrounding the stigmas attached with mental health. This year, while local celebrities like Mushk Kaleem spoke about their own struggle with mental health issues, Meghan Markle narrated the experience of being the most trolled person in the world and its impacts on her wellbeing. The conversation popped up during a podcast by Teenager Therapy which Markle and Prince Harry were a part of.

OUR EPISODE WITH PRINCE HARRY AND MEGHAN IS OUT! In honor of World Mental Health Day, The Duke and Duchess of Sussex sat down with us for a conversation about prioritizing mental health, removing the stigma around the issue, and how we can all contribute to a healthier world: physically, mentally, emotionally, holistically. We cannot emphasize enough how honored we are to be able to bring you this important conversation. We hope you enjoy it and find something you can apply to your own life. Take care of yourself, you deserve to be loved.  Link in bio! – #princeharry #meghan #dukeandduchessofsussex #duchessofsussex #dukeofsussex #worldmentalhealthday #worldmentalhealthday2020

One of the most famous couples in the world, Harry and Markle have been under the limelight for a while now. On previous occasions as well, Markle had revealed the struggle that comes with being under the spotlight and being followed around by press, specially during pregnancy. During the recent podcast, Markle, who has often fallen prey to racist and sexist remarks, elaborated upon how online bullying and trolling had impacted her mental and emotional health.

“I’m told that in 2019 I was the most trolled person in the entire world – male or female,” she said while addressing the issue of online bullying which many teens face around the world. “Now eight months of that I wasn’t even visible. I was on maternity leave or with a baby but what was able to just be manufactured and churned out, it’s almost unsurvivable. That’s so big you can’t even think about what that feels like because I don’t care if you’re 15 or 25, if people are saying things about you that aren’t true what that does to your mental and emotional health is so damaging.”

A video made in 2012 where Meghan spoke out about racism as part of the anti-racism campaign “I won’t stand for…” for the charity Erase the Hate.

Public figures are often assumed to live a perfect life, or atleast the life that many dream of. Members of the royal family, specially, are seen from a different lens than an ordinary person. Markle, however, reminded her listeners that even though her experiences might be unique, they are still human experiences, and the way words and actions can effect feelings remains universal. “We all know what it feels like to have our feelings hurt. We all know what it feels like to be isolated or othered…You’re not alone in any of it. We’re all figuring it out.”

Meghan Markle also mentioned how maintaining a journal helps her reflect on her life, while Prince Harry spoke about the importance of mediation. The couple also encouraged their listeners to talk to their friends, family, or doctor about whatever they are feeling and destigmatize being vocal about your feelings.