Umair Jaswal travels across Pakistan on a bike

The artist talks about his journey of self-discovery released in the form of a series, called Raahi, that marks his writing and production debut 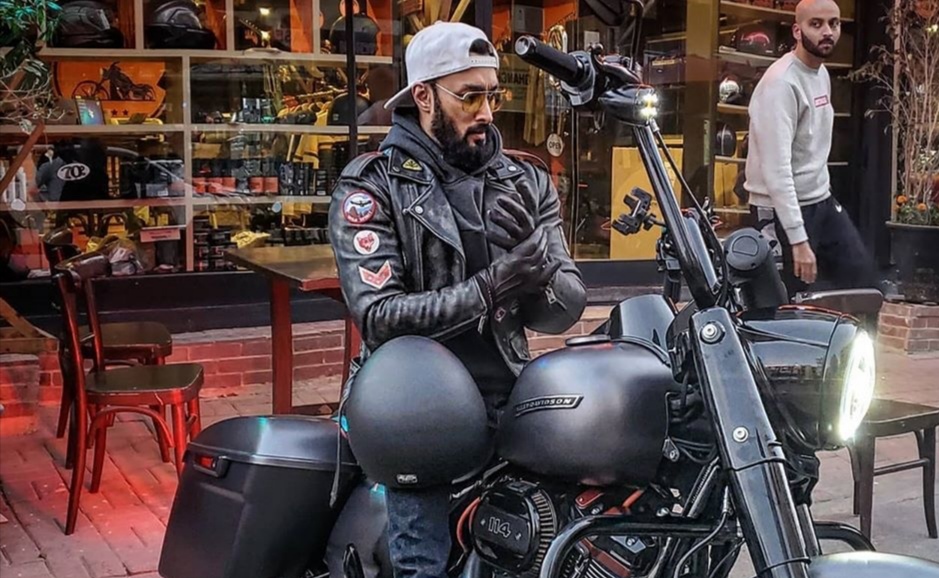 KARACHI: Singer-songwriter Umair Jaswal is widely known for his rendition of ‘Sammi Meri Waar’ in Coke Studio 8. Having started off with music group Qayaas, he has had a beautiful musical journey that spans over a decade. The artist also appeared in a drama serial, Mor Mahal, as well as the film Yalghaar. However, he did not keep up with acting after that. On the music front, the latest addition to his work is a journey of self-discovery that serves purposes more than one. Umair Jaswal initiated a solo trip across the country last year on his bike. It entails travel, music and much more.

In this interview with Cutacut, the artist shares that he has been into bikes since a long time. “Over the years, I realized I have been very busy with no time for myself,” he began. “There was travelling but I’d only see hotel rooms, backstage, stage, and all that an artist’s life is like. I felt that there is so much within that I really needed to come to terms with. And, for that, you need to be alone. Biking has always been a kind of therapy. I decided to take a trip and shoot it for myself as a memory. However, somewhere along the line, the brand (Easypaisa) came on board and it turned into a show (Easypaisa Raahi).”

Directed by Zeeshan Parvez, the show is called Raahi. Umair informed that ever since the release of the trailer, the web release became the biggest television release in Pakistan. It got airtime on around 30 channels. “The best part about the process was, despite having a brand on board, I had complete creative liberty. They did not know what I doing and I appreciate them for that.”

“When audiences watched it, I think they found more than what they have already seen,” he reflected. “There is so much historical accuracy that we tried to be very careful about. Also, we have been very brave in saying some of the things. For instance, we talked about how our version of history could be wrong. These are probably some questions everybody wants an answer to. Audiences want to see something meaningful too.”

Umair’s journey started from Islamabad, leading to Punjab, Sindh and Balochistan. After that, they had to take a break but it will continue and keep going on. “The beauty of this journey is that it never ends,” the artist pointed out. “We will never run out of people or places. We have touched these places on a surface level; every province is a season. The idea is to find people who have a powerful story to tell. The show is not my story, it’s the viewers’. They are taking important lessons out of it and are inspired.”

During the second episode, Umair Jaswal met Zenith Irfan, more popularly known as the Motorcycle Girl. She is the first Pakistani woman to have travelled the country solo on a bike. “I spent an entire day with Zenith,” Umair reflected. “I got to understand her fears.”

This is the true essence of the show, according to Umair, and he doesn’t want to change that. Raahi marks the singer’s debut into writing and production. “It was a nightmare producing it because nothing like this has been done before,” Umair shared his experience. “You have to look at the weather, the team, the places and their culture. There were days when I rode up to 18 hours a day. I became so comfortable being on the show without any hairstyling and makeup that I don’t feel like putting it on anymore.”

As far as writing was concerned, they tried to have a script or have writers on board. However, they realized it cannot be planned that way. “The road is writing the show,” Umair asserted. “That is where it became real and resonated with viewers. People are pouring in heartfelt comments and messages, asking that the show shouldn’t end. We are not making anything up. For instance, when I met Ali Azmat, I did not know we would buy plants together. Similarly, when I met Shuja Haider or YBQ, I had no clue what we were going to talk about.”

Meeting my childhood idol and mentor @aliazmatofficial was a surreal experience, always love hearing his wild biking stories and a newfound passion for plants. So many amazing people and cities in this episode, watch more to find out how I explore more of our 'Sona' #Punjab! #easypaisaraahi

When asked how music is attached to the show, Umair noted that music was always going to be a very important part of the show. “Being a musician, I am moved by artistic people.” he asserted. “I wrote my album over a year back and I was looking for a way to put it out. When the show happened, there was a very natural room made for the music. The entire music is not from my album but it has been converted into something for Raahi. This is in addition to some original music specifically created for the show. Sarmad Ghafoor has done the score and made sure to give it a cinematic feel. Music is one thing that we would want to explore more throughout the show.”

Umair Jaswal informed that the journey changed his reality and he is very happy about it. “It leaves me with a lot more questions but that is important,” he admitted. “My truth is different than yours and we all need to find ours. I don’t want to impose my ideas or be preachy about it though. Every celebrity has a personal life. They could be struggling with something like fame, an addiction or maybe a relationship.”

The final episode of Raahi launched last weekend and there will be a next round of the series now. “There is still a lot of the country that is left to explore. We do have plans to make the show as big as we can. If it starts a good conversation or leads to some good change, that is all I need out of this effort,” Umair concluded.

#easypaisaraahi season finale out this Saturday at 5 PM!