How did COVID-19 affect wedding culture in Pakistan?

With bookings cancelled for banquets, photographers, and event planners, the pandemic largely changed the scale of desi weddings 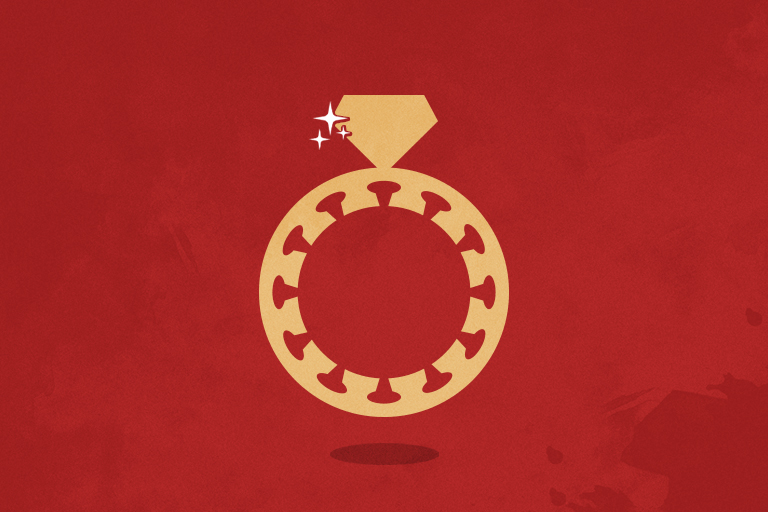 KARACHI: Extravagant weddings have become a huge part of Pakistan’s culture. Banquets, photographers, and make up artists are booked months in advance. Choreographers are hired for weeks to nail the perfect dance routines, while the bride has her dream dress designed on first priority. To say that weddings in Pakistan became sort of a competition of wealth and social capital would not be entirely false. South Asian communities are collectivist societies in general and nothing offends us more than not being invited to an event organized by someone we know. Our guests lists easily went over 500 people, while the number of events were sometimes used to determine how ‘big’ a wedding was.

COVID-19, however, struck the Pakistani wedding culture badly and a lot of people had to bear the brunt of it.

Guyanese;
The only culture where a wedding can last as long as a cricket match #3DayWedding #BrownCulture

Right before the wedding season would have peaked in summer, the lockdown was imposed and everything shut down. Consequently, weddings were postponed and appointments cancelled. People initially waited for the lockdown to be lifted but as the situation across the country got worse, celebrity quarantine weddings started happening and one could see that simple weddings were becoming the norm.

“Weddings come under the luxury category, obviously it’s not a necessity, but people wait for it. They plan their weddings from childhood, specially women. They plan their photographers, make up, dresses years in advance,” shared Abdul Samad Zia, photographer. “You might have noticed that our industry was the first to shut down. Halls were closed, there were no social gatherings, all of which affected our work. And hopefully once COVID goes away, our industry will be the last to reopen for business. Being a luxury brand, things will take time for us,”

“Of course we had bookings which had to be cancelled. Dates for our core season, specially, are booked a year in advance. I have paid back the advance to my clients. Not everyone has been paid back yet, we are doing it gradually, because obviously we have to take the salaries, bills and rent into account as well.”

Not long ago, Samad had a small scale wedding of his own. “My wedding was planned for August and we wanted to have a mayun, mehndi, everything. We wanted a grand wedding, our venues were booked,” he recalled. “But of course, we could not stop our wedding, no one should. We had a lot of plans, a lot of ideas. I’ve covered weddings my whole life, I’ve been in the business for around 10 years now. So I picked out the best parts from each wedding I’ve covered and wanted to replicate them at my own wedding.

The guest list was initially around 1,500 people but of course due to COVID, only 20-30 of them could make it. “I couldn’t even invite my friends, and they were very understanding. A lot of family members were overseas and could not make it. But I’m happy, and when I had the small wedding at home, I realized that the money that so many people spend on grand weddings is not needed.”

When asked about the future of extravagant weddings in Pakistan, Samad said, “the lockdown has been lifted but COVID is not gone yet. I’m not in favour of having big scale weddings or big social gatherings. People who still want to take pictures with their partners go to a venue and get their shoots done. People are going simple on make up, dresses, and our packages. Of course our income has been affected but I don’t mind. Photographers have been affected obviously, I know a lot of photographers who have completely changed their business. They have opened burger joints or biryani centres, or started cooking. And of course they don’t have an option, because the future is still uncertain.”

The return of photographers, choreographers, and event planners largely depends on wedding halls reopening since most big gatherings take place here. The management of Sadabahar and Pearl Banquet in Karachi shared with Cutacut that they are operational once again since 15th September.

According to a bride-to-be, management of multiple banquets in Karachi have told her that they will be charging the full amount regardless of her invitees being only half of the venue’s original capacity. Sadabahar and Pearl Banquet revealed that their banquets are functioning on 50%-60% capacity according to the SOPs. Banquet owners also plan on refunding the payments of their clients whose bookings were cancelled due to the pandemic but have been unable to do it yet since their offices were closed until Tuesday.

For a lot of us, weddings are all about glamour, celebration and picture-perfect moments. We take the services for granted and having back up plans is a privilege that some of us have. For the management and its staff, however, their means of income has been hugely affected. Employees working on wages, specially, have been unemployed for months. The wedding culture in Pakistan may eventually come back, but the careers affected by COVID might not be as easy to rebuild.

Deepika Padukone and Ranveer Singh are married! Here’s how Bollywood is celebrating