Robbers gang-raped a woman on the motorway in front of her children. We are left speechless. 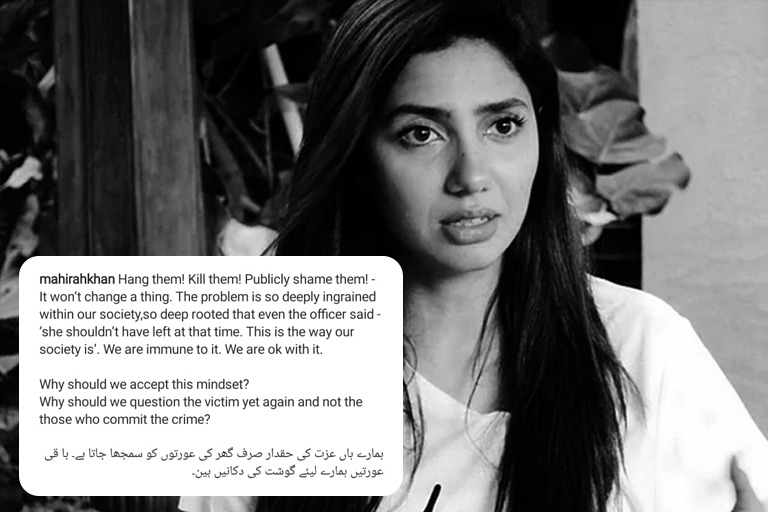 KARACHI: A shocking incident has disturbed all of Pakistan. A woman was gang-raped by two men when she was driving her children from Lahore to Gujranwala on the motorway. According to the police official, two armed men found the woman alone, took her and her children to a nearby field at gunpoint and gang-raped her.

The victim’s vehicle had broken down due to a lack of fuel. She had called her relative and sent her location. When he reached the location, he found the woman terrified with her clothes stained with blood, reports Dawn.

The incident has sent shock waves throughout the country. The uproar went up a notch after the CCPO blamed the victim herself for the ordeal she went through.

Umar Sheikh, CCPO Lahore, is still adamant that whatever he had said about the Gujjarpura incident was correct. He said the woman was a French national and she left her house thinking Pakistan is also like France

Tahira Abdullah, a voice that has stood against misogyny on several occasions, appeared on Samaa TV and gave a befitting evaluation of the whole incident and how society does not see problematic behaviors as a big deal until things get out of control because of its misogynistic tendencies. She also called out the negligence on the part of the police and its audacity of victim-blaming:

Human rights activist #TahiraAbdullah strongly criticised the #CCPOLahore on @nadeemmaliklive over his misogynist and victim-blaming remarks about the #motorwayincident. Women aren't even secure in their cars in the so-called Islamic Republic of Pakistan, she tells anchorperson Nadeem Malik. "We have to talk about the case first, not jump to talk of punishment. We head straight to who did what, who met who, laws, punishment." #samaadigital #samaatv

Several prominent celebrities chimed in to seek support for the victims of rape and harassment through their tweets and Instagram posts.

How come in Singapore women are safe to walk home alone even at 4am?Why can’t we have the same sense of security here?! Are we living in a civilised society or a jungle?Scream all you want abt #PublicHangingOfRapists -nothing will happen till the mindset changes!#motorwayincident https://t.co/Mfl4h8bfcN

This piece of news has suddenly made every woman (including myself) feel unsafe.

Osman Khalid Butt brings to notice the negligence of the motorway police and demands a thorough investigation on the matter over the fact that the victim tried to seek help and dialed the motorway helpline when her car broke down:

This is shameful, it is gross negligence, and the Motorway Police should be held accountable. She called an emergency helpline and was denied help.

– I will always count on your statement that Pakistan will be “Riasat e Madina” and if you don’t hang these monsters raping and killing children and women in the open nothing can ever be changed … just make one example. Public execution is what I demand @ImranKhanPTI

However, Mahira Khan noted how hanging the culprits will not make much difference until we reflect on what enables these crimes.

Hang them! Kill them! Publicly shame them! – It won’t change a thing. The problem is so deeply ingrained within our society,so deep rooted that even the officer said – ‘she shouldn’t have left at that time. This is the way our society is’. We are immune to it. We are ok with it. Why should we accept this mindset? Why should we question the victim yet again and not the those who commit the crime? ہمارے ہاں عزت کی حقدار صرف گھر کی عورتوں کو سمجھا جاتا ہے۔ با قی عورتیں ہمارے لیئے گوشت کی دکانیں ہین۔

Feminist organizations such as Aurat March have banded together with several others to show solidarity with the recent victims of rape from various parts of Pakistan. Protests are taking place across the country.

Here are the protest details for Lahore, Karachi and Islamabad against the brutal rape of a woman on Lahore Motorway. Please join us on Saturday in your cities #EndRapeCulture #MeraJismMeriMarzi #motorwayincident pic.twitter.com/Sn0n25YwBT